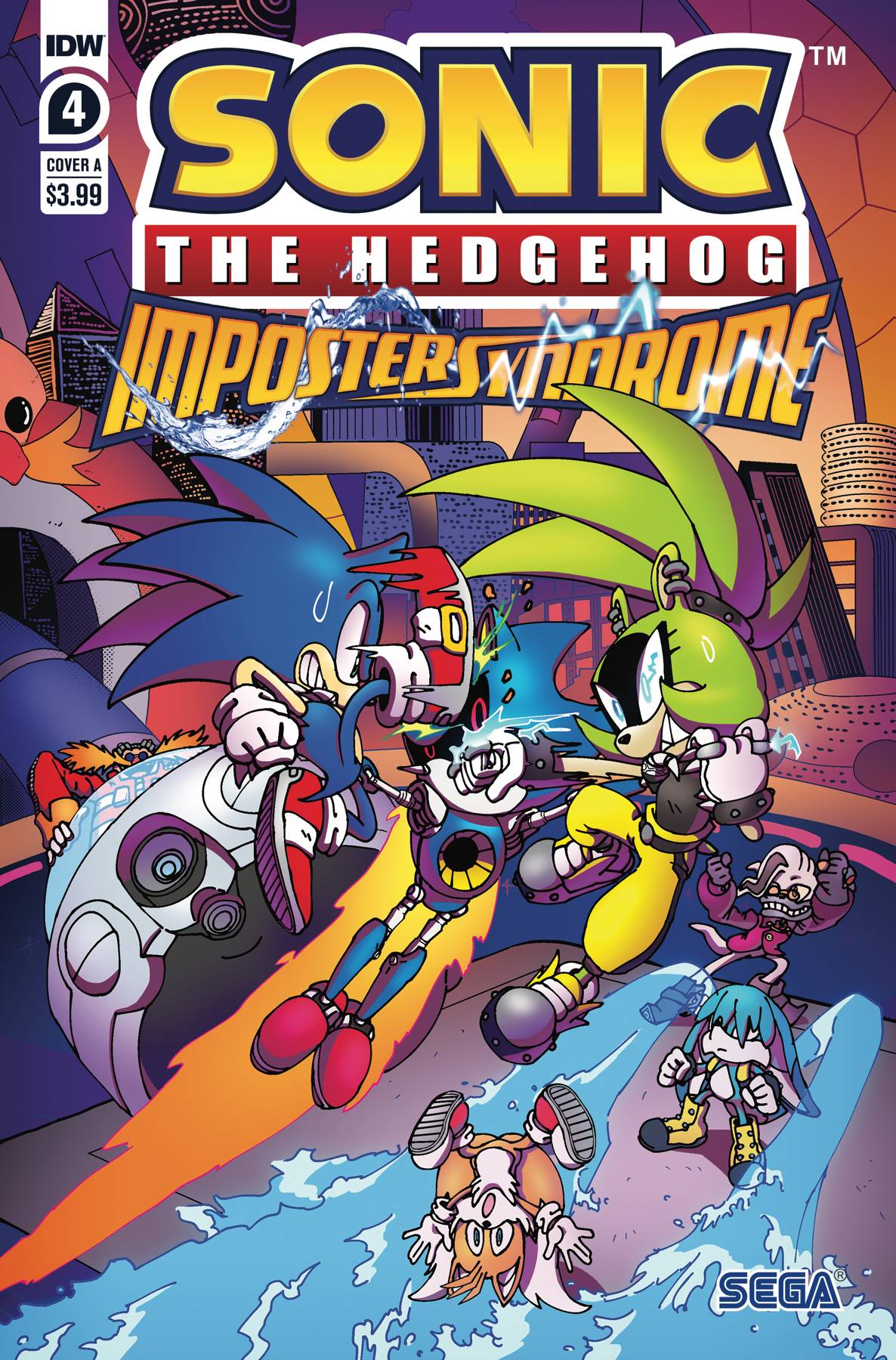 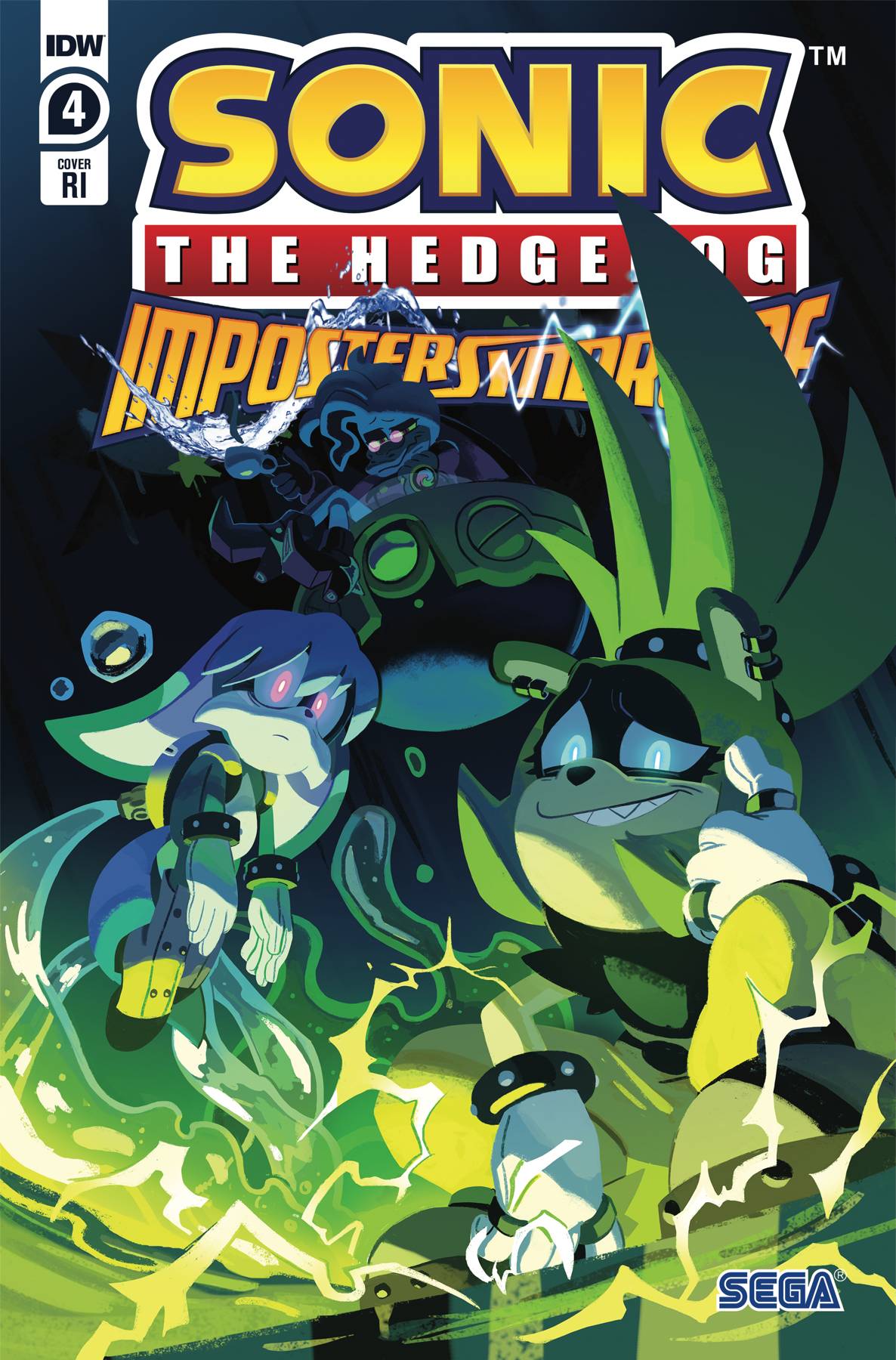 Mission: take Eggtropolis. Dr. Starline, Surge, and Kit are ready to finally set Starline’s master plan in motion. They’ve trained and planned extensively, but will Eggman bumble his way into a victory or has the time come for another to take his throne?

Early on into the Metal Virus plague, Dr. Starline posed a question to Dr. Eggman on why he built so many theme parks, to which he replied that he liked theme parks. Starline did not find this to be practical, believing that such resources could be used more economically. Eggman stated that he did not settle for the world as it is; he wants to make it what he wants it to be. He added that if he wanted his enemies' last moments to be carousel music and the smell of petroleum-based cotton candy, that is what he will make happen. Starline found this as words to live by. Back in the present, Starline reminisces over this moment before stating to Surge and Kit that tonight was the beginning of the end; they were set to stop Eggman's wasteful ways, as well as Sonic's war with him. Starline proudly states that they will begin a new era where they will control the narrative and guide the people of the world out of their complacency. After asking Surge and Kit if they are prepared, the trio storm Eggtropolis.

Inside, Starline dodges the attacks from some Cluckers, which Surge makes quick work of. A Coconuts attempts to hit Surge with a coconut, only for it to be caught by Kit, which he throws back to destroy it. The trio soon come across an Egg Hammer, which attempts to hit them with its hammer. While Kit holds down the Super Badnik's hammer down with his hydro-coil tails, Starline zips past it and kicks one of its ankles down with his Multi-Tool Heel Spurs. As the Egg Hammer begins to topple, Surge runs up its body and delivers a Spin Attack into its head, taking the Super Badnik out. Starline tasks Surge and Kit with continuing to draw their fire as he uploads his override program and runs off. Kit says that they have to make enough of a distraction so that Eggman does not realize his systems are being compromised. Surge takes a liking to this part of the plan, despite her issues with Starline. She tells Kit to hold on to her with his hydro-coil tails as she runs off. Kit asks Surge if it is okay to use Starline's plan against him, which she states that it is as the only person he should be loyal to is her. Running into a giant Grounder, Surge tosses Kit at it; the fennec spins in a cyclone-like formation and slices its head off.

Orbot and Cubot return to the base, hoping that Eggman did not notice their absence but also wishing that if he did, he would not be too mad. To their dismay, Eggman spots them and asks where they have been. Cubot says that they had been getting a little "R&R", which Orbot claims stood for "Reconnaissance and more Reconnaissance". Eggman simply glares at them and tells the robot duo to log back into the network to give him a sitrep as he was getting reports that Sonic and Tails were making a mess. Orbot tries to assess the situation, saying that the battle data matched Sonic and Tails' profiles, but the profiles were incongruent. He pulls up a visual for the doctor to show Surge and Kit making a mess of his Badniks. Eggman did not know who the pair were, with Orbot adding that they were not on file and the security algorithms could not agree whether they were Sonic and Tails or not. Eggman did not care as the most important bit to him was the fact that they were destroying his things and he had just the thing to deal with situations like this. Back on the field, Surge mocks Eggman's Badniks while also believing that the only reason Sonic has not won is because he is not trying. In that moment, she is suddenly attacked by Metal Sonic.

Surge finds excitement in finally facing a real challenge and kicks Metal Sonic away from her. She swings at him again, only for the robot to grab her leg and slam her into the ground. She charges up a Spin Dash at Metal Sonic which he deflects with his Black Shield. Surge demands for Kit to support her in the fight. Metal Sonic charges at them but Surge holds him back. She states that he could not be the real Sonic as he did not have the heart or soul for it. Metal Sonic knees her in the stomach and attempts to strike her from above, only to be held by his arm by Kit's hydro-coil tails. Metal Sonic whips Kit right around his body easily, leaving him open for an attack from Surge. The robot tries to grab Surge but is caught by Kit. The fennec traps Metal Sonic in a water bubble and Surge charges up a large amount of electricity within a small tornado she creates. Once down, she sends this electricity right to Metal Sonic inside the water bubble, electrocuting him and putting him out of commission. As the robot drops to his knees, Surge tells him that he will never be Sonic as she is going to replace him but also claims that he is not good enough to be her fake. She turns to Kit and asks how his head is; he replies that he is fine. Hearing this pleases Surge and she notes that she and Kit will get along fine.

Eggman is angered by this bout as compared to Sonic, though his victories also annoy him, the hedgehog shows some respect. Cubot alerts the doctor to a weird log in that he has detected. On the other side of the line is Starline, who has inserted his flash drive into a computer and has begun uploading his override program. Eggman is not surprised by Starline's return but only the manner of it, as according to him, the platypus was supposed to come back begging for forgiveness for daring to talk back to him. Disregarding this, Starline claims to have other plans as his program fully uploads. Using the command tower at the center of Eggtropolis, it sends a signal to Badniks all over the world, beckoning them to return to Eggtropolis and turn against Eggman. Orbot and Cubot, who are also under the control, attempt to keep Eggman confined to his quarters, only for the doctor to simply push them down. He returns to his chair to enter in a code and travels down a secret hatch. Meanwhile, Starline is carried around by Badniks toward Eggman's quarters. When asked by Surge if it was everything he had hoped it would be, he states that it is bittersweet as he imagined. Despite this, they have only just begun.

Starline enters Eggman's quarters and claims his throne as he is welcomed by Orbot, Cubot, and the other Badniks in the room. He tasks Orbot with transmitting the override code across the Eggnet to bring every Badnik in his "Starline Empire" to him. Knowing that Sonic will notice and undoubtedly intervene, he states that he will be confronted and replaced. Adding onto this, he says that this is how it is done; patience, planning, and preparation, with every variable accounted for. Seeing Cubot stuck in his cube form, he asks what happened. The robot tells him that Eggman had squished him before he escaped. The doctor is shocked to hear this and asks where, with Orbot stating it lead to his memorial garage but the display museum had not been finished yet. Upon hearing this, Starline relaxes and believes that it is manageable due to his previous planning. As he thinks that whatever Eggman uses will be taken over once he goes online, he tasks his subordinates with sending a detachment to gently take him into custody. Meanwhile, Eggman walks through his museum of mechs, believing that he would have time to refurbish them. Moving on, he enters one of them, stating that it will do.

Outside, Kit sees a large number of Badniks fly overhead. While Surge looks at the ones on the ground, she is not impressed and believes she can take them. She tells Kit once they get ride of Starline and the others, he has to reprogram the Badniks so that they could all self-destruct. Surge has slight second thoughts as she thinks of wanting to smash some of them. Kit asks her on how they will handle Sonic, to which she replies that she will handle him while he handles Tails. She clarifies that they can take care of Sonic together if he arrives by himself, but Kit has to deal with Tails should he arrive so that he does not distract her. Once the "heroes" and doctors were taken care of, Surge planned to hunt down all of Sonic's friends and take down every city that celebrated them. Once she states that it would be just her and Kit against the world, the fennec states that he cannot wait.