A brief look into how different fans see Sonic in different ways. 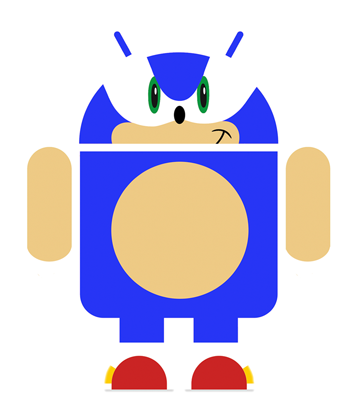 Sonic Fragmentation… is it a good thing? You may have heard of “Android fragmentation” which refers to the numerous different configurations the Android OS can be reconfigured as. There are few different versions of the OS, some phones have slide out keyboards, different phone screen sizes. Sonic fragmentation follows that same premise (loosely obviously).

Sonic can be many things

Sonic can be about slow and exploration (Sonic CD, Sonic Adventure 1 & 2 (emerald searching), Sonic Unleashed (Werehog levels). Sonic can also be about raw speed (Sonic Rush,  Sonic Unleashed (Day levels)). Of course more often than not, it's a hybrid of these. Some people enjoy only speed areas. Some people only enjoy slow and exploration areas. The same thing is the case for the story. Some people like a deep involved plot (Sonic Adventure 2). Some people would say to keep it simple (Sonic Colors, Sonic Generations). This also applies to all the different cartoons and the comics.

The message here is that again, Sonic is many things. Fans see him in many different lights and have completely different ideals for what Sonic is supposed to be about. This threw Sega off for a few years because they were getting mixed reactions each time they wanted feedback from the fans. (Shadow The Hedgehog for example) The upcoming Sonic Boom video game is also once again testing new waters. Some people will like it and some people won't. This is very expected.

In fact, “Sonic Fragmentation” is likely a bad name for it. It casts a negative light. I don't believe it's a bad thing. Sure, some people won't like the other incarnations of Sonic out there except for their favorite but the choice is out there and that's what matters. Adventures of Sonic The Hedgehog, Sonic SatAM, Sonic Underground, Sonic X, Sonic OVA, and soon Sonic Boom. You have a lot to choose from and it's wonderful the choice is there.

And so, this is what'd I say to Sega… Keep doing what you're doing. Keep experimenting. Keep testing new ideas. It can only benefit everyone in the long run.