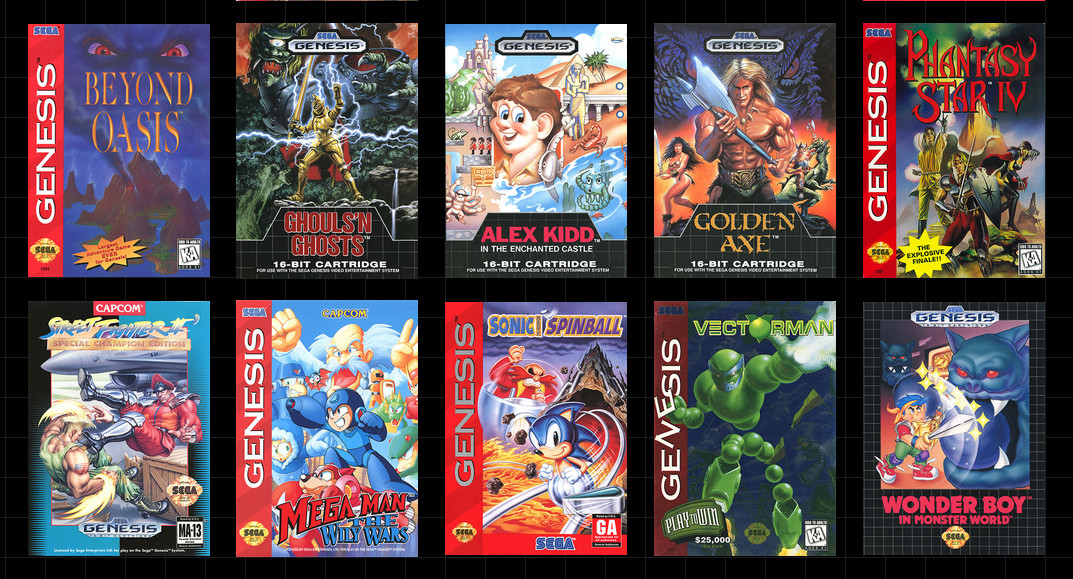 Sega just revealed the next 10 games to be included in their new Genesis/Mega Drive Mini console.

Sonic Spinball is making its way to the English side. Not a game I personally would've selected, but I know it has its fans. That's four Sonic games for the English console, including Sonic 1, 2, and Mean Bean Machine.

Capcom has officially thrown their hat into the ring with Street Fighter II, Ghouls'n Ghosts and… Mega Man: The Wily Wars! The compilation of the first three Mega Man games (plus a cool original fourth game) was (in)famously a Sega Channel exclusive in the US, never receiving a physical release. Other highlights include the excellent Beyond Oasis and Phantasy Star IV. Nothing too surprising, overall.

Over in Japan, however, there was a livestream that did bring a few surprises. It turns out you can use a USB hub to get some 4-player action going! They announced a few 4P-compatible games, most definitely Japan-exclusives, the big one being… Yuu Yuu Hakusho: Makyou Toitsusesn!! An amazing fighting game from Treasure based on the famous anime/manga. It's been a highly requested game based on Japanese polls, and it's stupidly expensive to boot. It's one of my favorite games on the system and I'm a bit sad knowing there's probably no chance of it being included in our version.

The final 10 games will be announced on June 4th, so get ready for that.