Sega tweeted out the last 12(!) games for the Genesis Mini. No Sonic games this time around. That means no S3&K, which I sort of predicted. But it also means no 3D Blast… take that as you will.

Third party highlights on the western side include Strider, Road Rash II, and the particularly rare hidden gem Alisia Dragoon. One odd choice is often-overlooked Light Crusader, the black sheep of Treasure's Genesis output. Another nice surprise is the excellent Monster World IV, which got its first English release (worked on by M2) on the Wii Virtual Console in 2012.

But the big left-field surprises come from two additional games. One is a port of the classic Taito shmup Darius. The sequel got a release back in the day, but this port of the first game is… brand new?! The second game is… Tetris! This port of Sega's arcade version was slated to be released for the Genesis/Mega Drive, but a whole mess of rights issues held it back. It's rumored that only around 10 copies of the game made it out the door, making this probably the rarest game on the console.

Japan had another livestream with the team behind the project. As usual, their lineup differs quite a bit from the western one. They got a few RPGs and shooters, many of which never got an western release to begin with. They also showed off the menu with all 42 games. It looks pretty clean, though I'm sure that tiny Fanatsy Zone box will annoy some (lol). 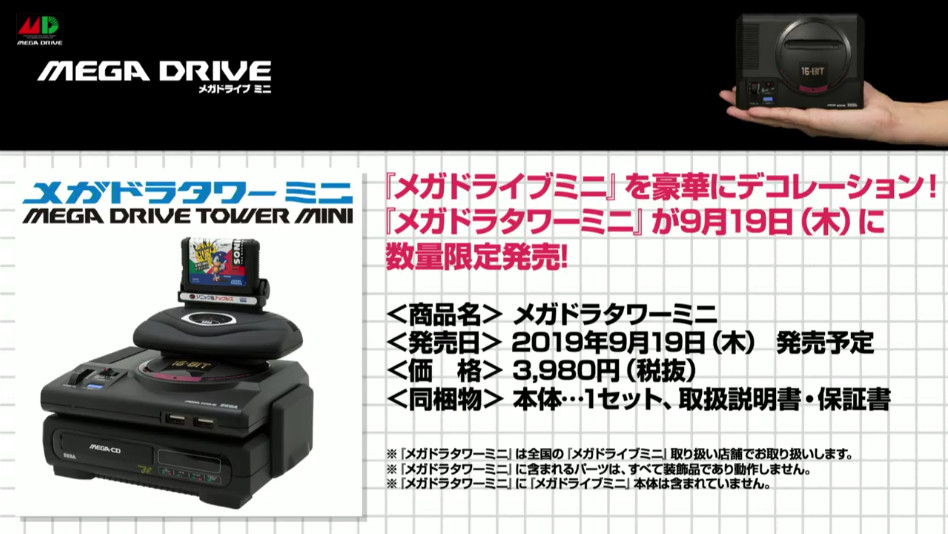 With all 42 games revealed, I'm sure everyone will have a few games they're disappointed to see omitted. I thought for sure Rocket Knight Adventures and Ristar would be shoe-ins. But the lineups are pretty solid all around (though personally I find the western selection a little underwhelming in comparison to the Japanese). It's certainly an eclectic selection of games, and Sega really went above and beyond what anybody expected with this thing.