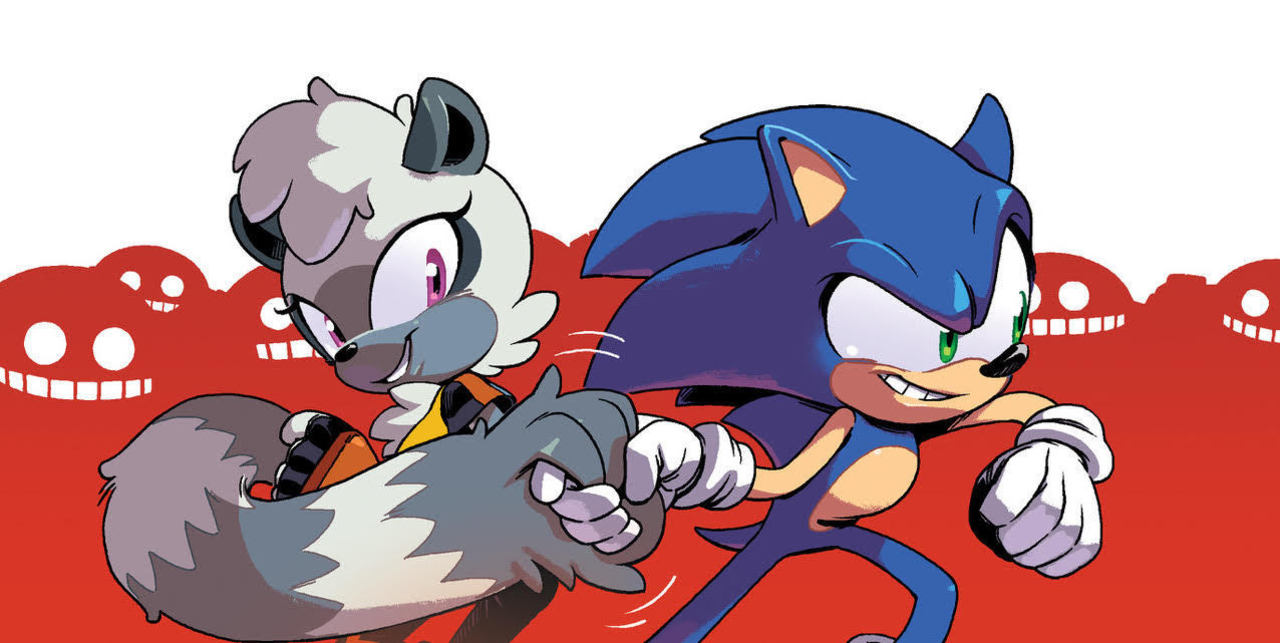 The solicitations for issues 1-4 are now out and amongst them is the reveal of a brand new character, Tangle the Lemur! First of all, here are the issue summaries:

Sonic The Hedgehog #1 – SONIC'S RACING INTO A NEW ADVENTURE! After defeating the evil Dr. Eggman's latest plot, Sonic is racing around the world to shut down the robotic Badnik forces that are still attacking villages. But it's a big job for one person-even Sonic the Hedgehog! Fortunately, he'll have some help from his best friend: Tails!

Sonic The Hedgehog #2 – Sonic’s new adventure continues, and when he comes across another town in need of saving, his old pal Amy arrives just in time to join the fight! The banter is fun, and the stakes are high, but things get really serious when Amy presents Sonic with a big request: rejoin the Resistance!

Sonic The Hedgehog #3 – Sonic and Knuckles team up, and it's just like old times-until two new villains show up. With a group of villagers under attack, will even the combined forces of these two heroes be enough to take down Rough and Tumble???

Sonic The Hedgehog #4 – Sonic comes across a town under attack from the biggest Badnik force he’s ever seen. Luckily, help is on the way from his old friend Blaze, as well as a new hero! Get ready for the debut of Tangle!

We're still missing some covers and there appear to be mixups on cover artists from the different news outlets. Once everything settles, comic entries will be updated.

According to Newsarama, in addition to Tracy Yardley, Tyson Hesse (who've we've not seen any covers yet), Adam Bryce Thomas, and Nathalie Fourdraine we can also expect covers from Jonathan Gray (WB), Rafa Knight and Kieran Gates! Their covers haven't been released yet.

There is also no mention of the Freedom Fighters from SatAM and Archie. It's very likely they won't appear in this series as IDW has been saying for months that this series is a “new direction.” As to why they won't flat out say these characters aren't appearing may just be because of “never say never.” We'll just have to wait and see. I'm sure they're monitoring fan reaction.

Tangle the Lemur will deput in issue 4 along with Blaze. She was designed by Tyson Hesse. From IGN:

“Before she even had a name, we knew we wanted her to be like a lot of other great Sonic characters and have a special ability tied to one of her features. Think Tails or Knuckles,” IDW associate editor David Mariotte told IGN in an email interview. “So, we were brainstorming animals who could do cool stuff and a ring-tailed lemur who could use her tail alternately like a whip or like a fist was too cool to pass up! Throw in her scrappiness, she likes to ‘tangle’ with bad guys, and you have an awesome character!”

As for whether Tangle will appear in any video games, Mariotte couldn't say, as that decision lies exclusively with Sega.