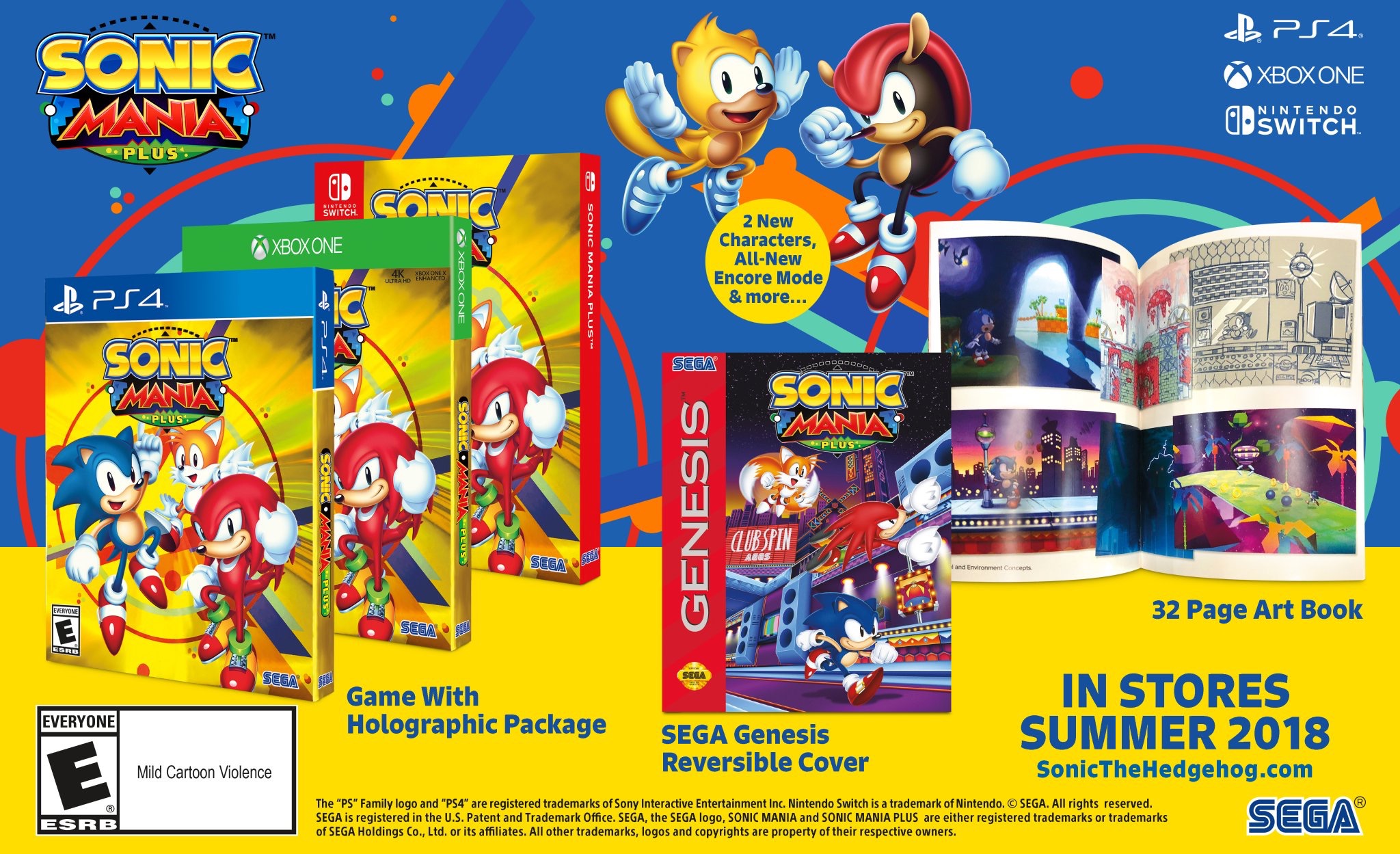 Sega hosted a South By Southwest 2018 panel about all things Sonic the Hedgehog, and the panel began with good news for fans! Last year’s Sonic Mania will be getting an expansion!

The panel noted that Mania's positive reception was tempered by one consistent complaint: that fans wanted a physical disc or cartridge version. So Sega moved forward with a boxed version of the game, and while its boxed version has its own physical perks (32-page art book, “holographic” cover, reversible Genesis-styled cover), the more interesting stuff comes in the form of new gameplay features.

Additional content, which was only briefly teased at SXSW, will include a new “encore” mode of remixed stages and a new version of the original's “competition mode” that will let up to four players race side by side. How exactly those remixed stages will play out was not demonstrated. Sega confirmed that owners of the game's original digital version can pay for an unlock of the Plus content, though the company was not ready to confirm a price.

We will keep you updated as more details unfold.