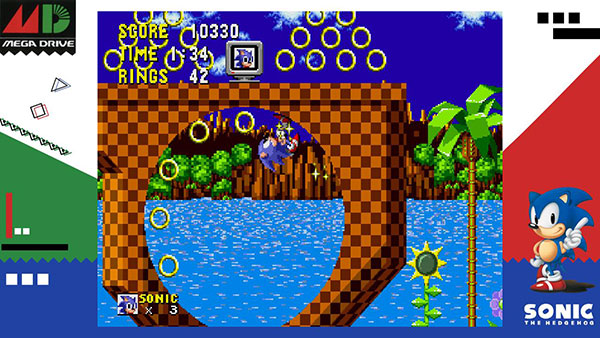 The new Sega Ages series is an upcoming line of digital rereleases of classic Sega games for the Nintendo Switch. The series is being handled by the masters at M2, who were also responsible for the excellent Sega 3D Classics line for the Nintendo 3DS. So far the lineup includes Sonic and Thunder Force IV for the Genesis, Phantasy Star and Alex Kidd for the Master System, and Gain Ground for arcades.

The official Japanese page for Sonic was recently updated with new info on the game's features. Here's what I could gleam from Google Translate:

I'm sure many are wondering, “why are they doing this instead of porting the mobile remake?” Well… who knows. But M2 still does great work, and I'm sure this will still be a great port of Sonic 1, even if it is the 500th one.