Roger Craig Smith Will No Longer Be Voicing Sonic the Hedgehog 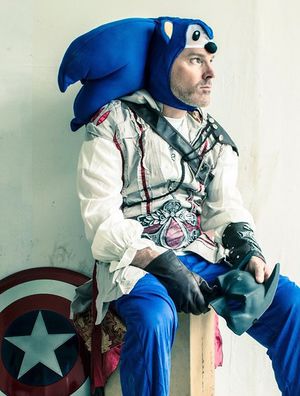 Smith has been voicing the blue blur for about 10 years starting with Sonic Free Riders and Colors in 2010. He voiced Sonic in Sonic Generations and two years later in Sonic Lost World. 2014 started what was probably the peak of his time as Sonic being the Boom franchise. Voicing in Rise of Lyric, Shattered Crystal, but more notably the TV Show. In 2017, Smith played as Sonic in Sonic Forces. Finally, in 2019, he appeared in Team Sonic Racing.

Smith also voiced Sonic in a roller coaster called Sonic Spinball in the Alton Towers theme park in 2010, Wreck-It Ralph in 2012, as well as Ralph Breaks the Internet in 2018, the Olympic games from London 2012 to Tokyo 2020, Super Smash Bros. for the 3DS and Wii U as well as Super Smash Bros. Ultimate, Lego Dimensions, OK K.O.! Let’s Be Heroes in 2019, and finally Puyo Puyo Tetris 2 in 2020.

While Smith’s performance can be mixed with other Sonic fans, his role as Sonic was an important one and has been established to be the voice for Sonic to fans who were introduced in the 2010s. But what are your thoughts? If you have any, share them in the Sonic Blast Forums right here: https://sonicblast.org/thread-796.html