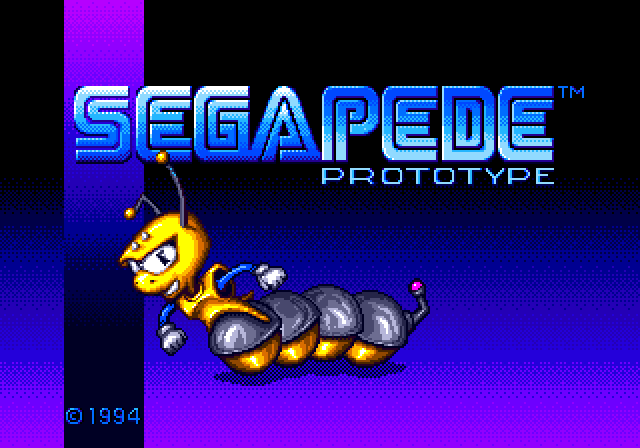 Hidden Palace comes through with a closer look at Sonic’s long lost cousin.

“Segapede” (later called “Astropede“) was a Sega Genesis game in development at Sega Technical Institute. Headed by Craig Stitt, an artist who had worked on Sonic 2, this game was originally planned to be part of the Sonic universe. Starring a robotic centipede created by Dr. Robotnik, Segapede was a platformer that would’ve brought some unique twists to the Sonic formula.

You may remember footage of this demo surfacing a couple years ago. Now you can give it a go yourself! Though there’s not too much to see — just a single short level that demonstrates the ideas of the game. Still, it’s plenty enough to wonder what could’ve been. 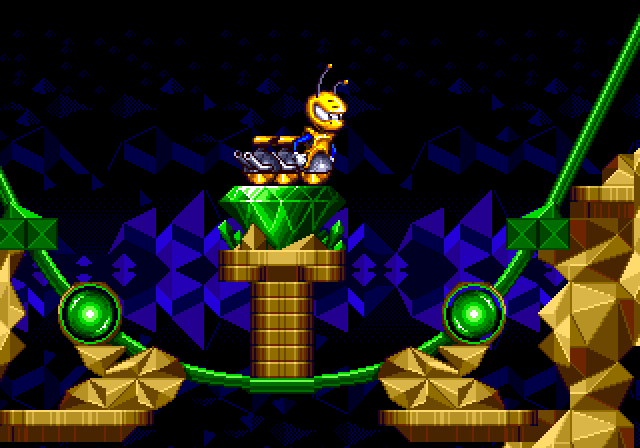 Look familiar? Yep, that’s the long lost Hidden Palace Zone from Sonic 2. The graphics for that (in)famous zone, also created by Craig Stitt, were recycled into this demo.

Check out Hidden Palace’s news post for a historical breakdown of this game’s development, including some snazzy concept art.

In related news, Hidden Palace has also released VHS captures of a late Sonic 3 prototype and a Ristar character design test. Everybody remember to give some thanks!