Team Sonic Racing: Who Are The Final 3 Characters?

Team Sonic Racing: Who Are The Final 3 Characters?

Who will the final 3 characters be in Team Sonic Racing? These are my thoughts, let me know yours!

Hello everyone! It's RidersDX and I'm coming to you with my first editorial piece for the website! I come to you with an interesting question today: who will the final 3 characters be in Team Sonic Racing? So we recently saw the reveal of Blaze, Silver, and Vector as the next three characters to be joining Team Sonic Racing. It was confirmed during E3 that there would be 15 playable characters total. So the question is…who are they going to be? I dive into that question, right now.

So there is one character who seems like a shoe in to be in this game. And that character is of course, Dr. Eggman. What's been strange about the game's rollout so far though is that Eggman has not been revealed as a playable character at this time. This is especially strange given the fact that he was one of the first characters announced with the All Stars Racing games. So there may not have been a reveal yet either because Eggman is not in the game, or they just didn't feel the need to announce him at this point. Still, Eggman would be one of the obvious choices so it would be more likely for him to be revealed first if he were in the game. However, it is very difficult to imagine Eggman not being in this game, so I am going to bet that Eggman is definitely one of the remaining characters. 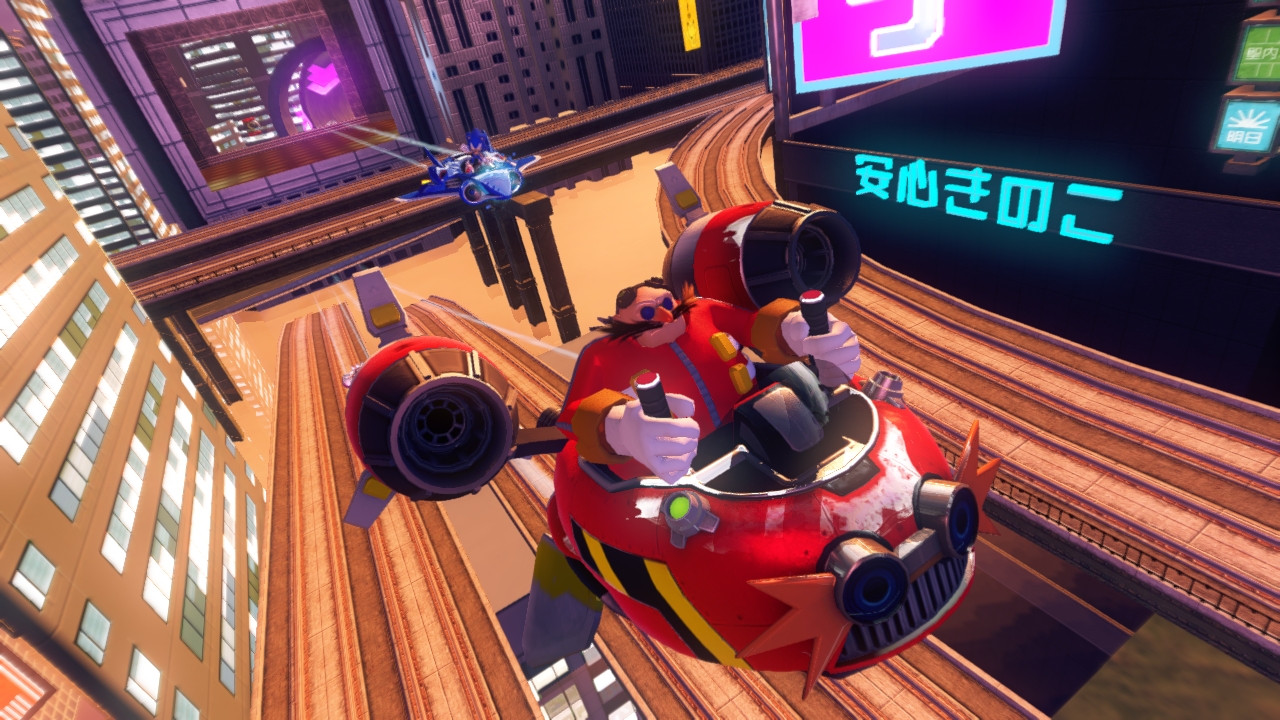 So taking into account that I think Eggman is a shoe in for this game, the other two characters have to be people that would fit in on Eggman's team. One scenario I thought about was the Egg Pawn that has previously been revealed being one of the characters on Eggman's team. But we've also seen Egg Pawns being in teams of 3 in footage so it may also be used as placeholder characters in races. But, another character that would be very likely to join Eggman's team is Metal Sonic. Metal Sonic is a fan favorite and has appeared in racing games before, such as Sonic Free Riders. Metal Sonic has also appeared in both Sonic Mania and Sonic Forces so he certainly is on the mind of the people at Sega. If Eggman is in the game, Metal Sonic is almost no doubt going to join him.

So who would the third character be then? That's a tough question and it would be hard to explain all of my thoughts here. You can check out the video I made on this topic below where I list many possible characters that could take that final spot. But I also want to hear from you! Who do you all think is going to take that last spot as a playable character? And if you disagree with my list thus far, who do you think will be the final 3 characters to be revealed in Team Sonic Racing? Let me know! But until then, RidersDX is out.