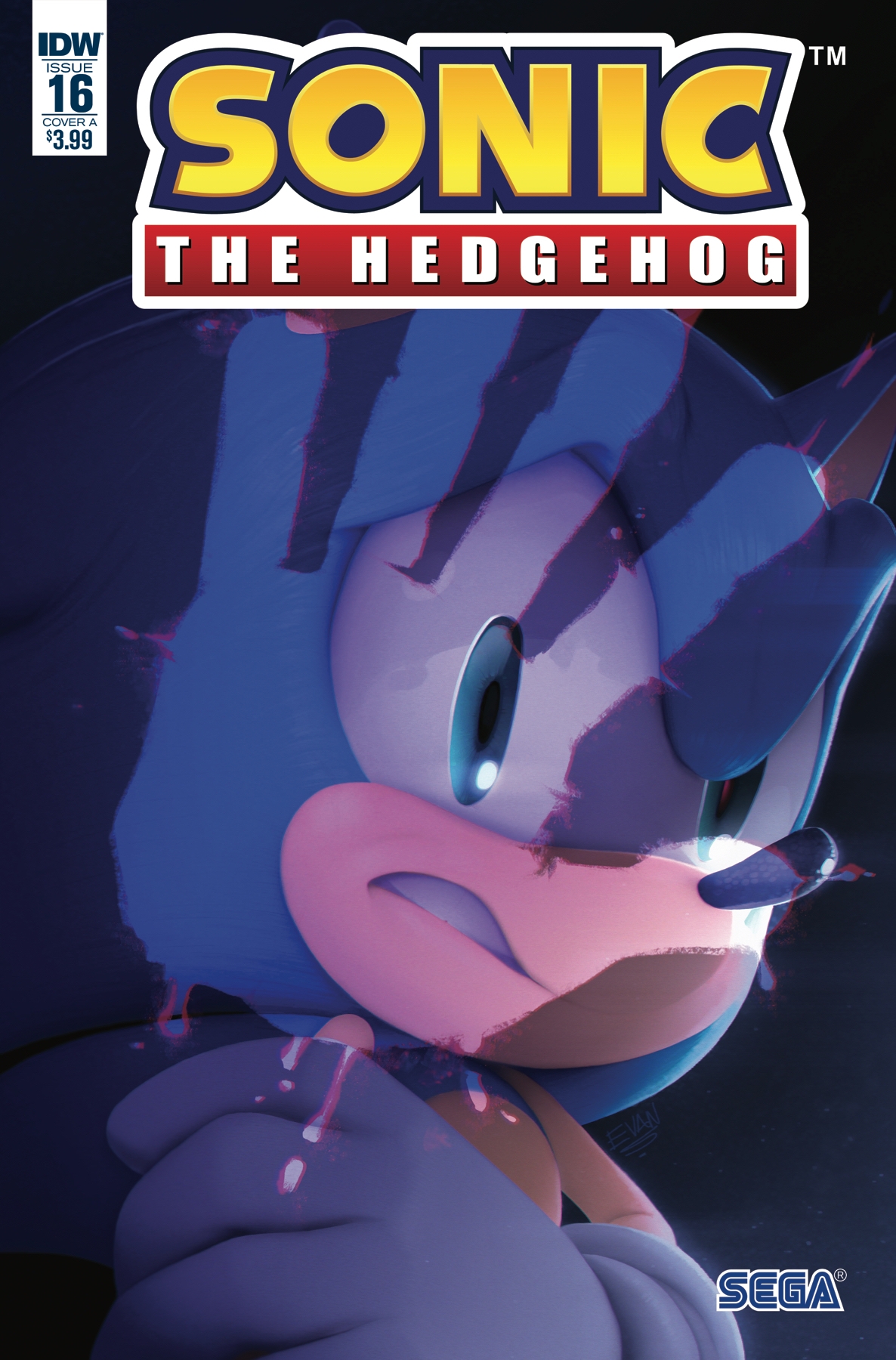 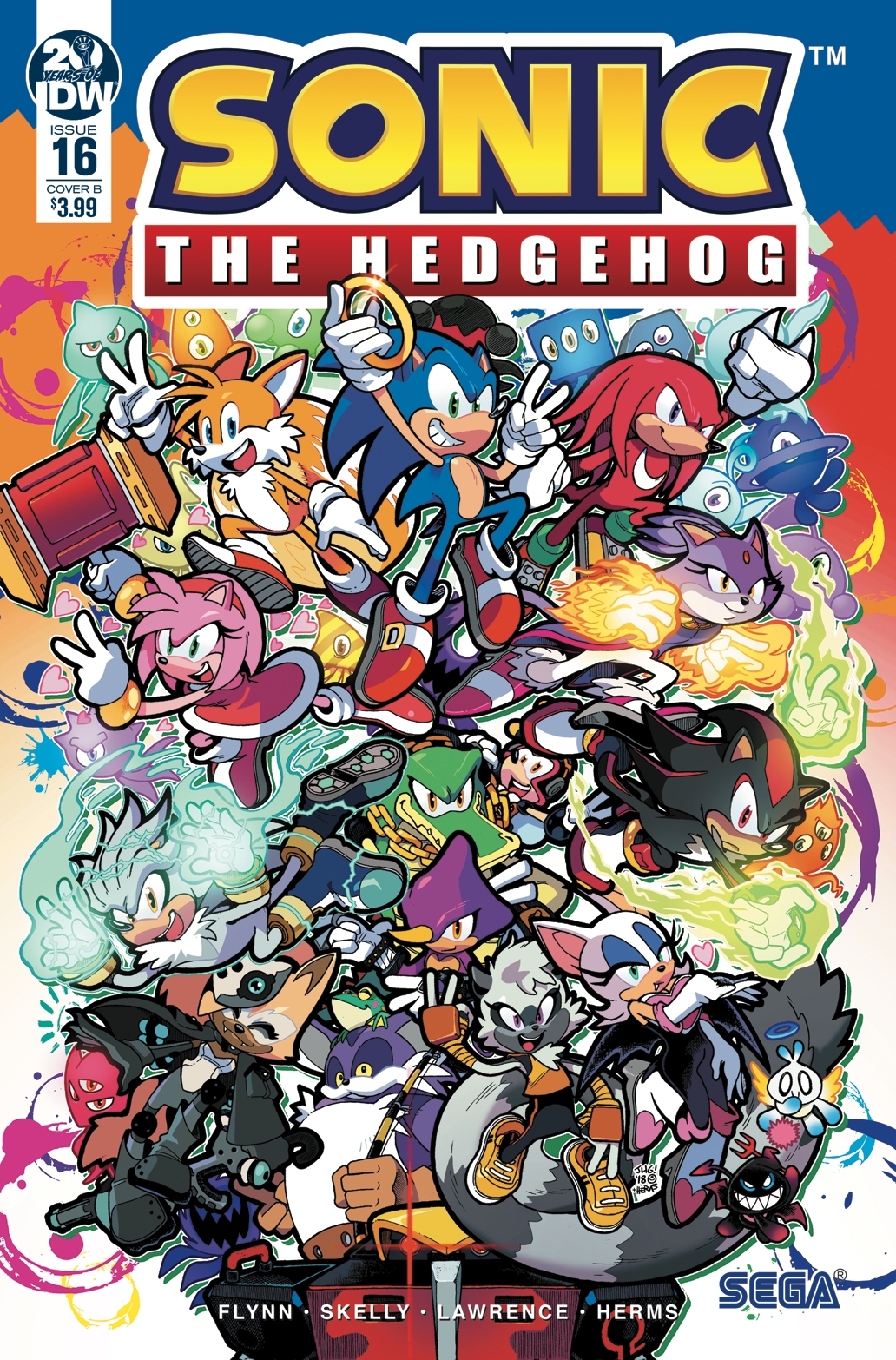 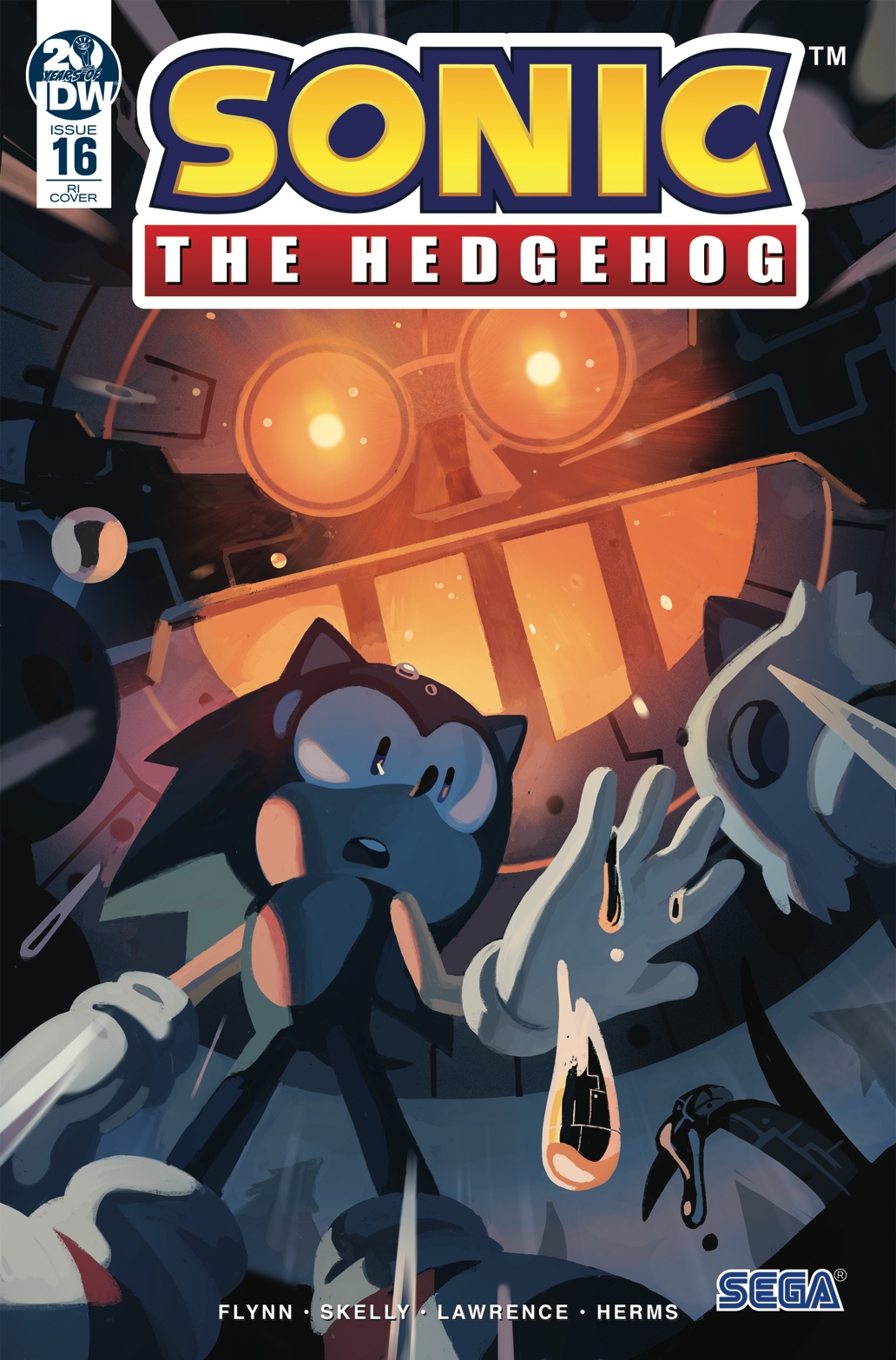 Sonic's been infected with a mysterious new virus and his speed seems to be his only saving grace. Can Sonic, Tails, and Tangle beat the disease before Sonic's beat? And who will be the virus' next victims?

Tangle arrives at Tails' workshop on her bike, excited to see her friends. Once she walks in, she finds Sonic running in a giant hamster wheel connected to a machine and Tails reading the data from said machine. Tangle explains that she came over to tell them something that happened to her. Both Tails and Sonic tell Tangle to give them a minute. Tangle sits and asks if this was what Sonic and Tails did in their free time, also asking if she could try the contraption herself. After a while, Sonic believes that he cannot infect metal objects with the Metal Virus. Tails clears him on this and tells him that after he ran back from Echo Mine he drove the infection back into remission. Sonic finds joy in the fact that he beat the infection by himself. Tangle asks for an update on the matter, which Sonic provides. He explains that after the war, Dr. Eggman had lost his memory and began living in a remote village under the persona of "Mr. Tinker". Sonic decided to leave Eggman live a peaceful life until Dr. Starline had the doctor captured and apparently restored his memories. Eggman then created a liquid that infects people and turns them into zombie-like robots that Sonic calls "Zombots". After Sonic had fought a Zombot, he became infected by the virus as well. Tangle asks if he is contagious, to which Sonic replies that he and Tails were just testing for that, though it looks as though he has beaten it. Sonic also mentions that Amy was with him when he got infected but he left her behind in order to quickly go to Tails' workshop. Tails says that they should warn everyone else to keep an eye out for the Zombots, not wanting a repeat of an attack to Tangle's town. Tangle then remembers that she wanted to tell Sonic and Tails about the recent events in her town.

Meanwhile in an elevator in the Final Egg, Starline tells Eggman that he has always amazed him and asks how he was able to build a new flying fortress so quickly. Eggman replies saying that it is easy once you have an unparalleled genius and an army of tireless robot slaves. He explains that while some Badniks are for building, others are meant for war. The size of his force is limited by the time it takes to construct the shells, round up the animals, and combine the two. Ending his talk, he states that it will be a concern of the past. He takes his seat and tells Orbot to launch his new flying fortress. With Cubot's assistance, Orbot manages to launch Eggman's new fortress into the sky. He tells the doctor that all the systems are stable and they are moving to their first target. Knowing they still have time before arrival, Eggman decides to give Starline a tour of the Faceship. Eggman shows off the Chaos Emeralds which are fashioned above his throne and states that they are acting as the power generator for the entire Faceship. He next shows off a large viewing area for to see his plan unfold from a high altitude. Eggman then leads Starline downstairs to automated mixers that blend his secret formula for the Metal Virus. Starline begins to ask how he gets the machines running but Eggman instead calls for a trade secret. Eggman gloats that he will soon have an unstoppable army of robot slaves once the virus was applied to every living thing in the world. Any project of his would be able to be completed very quickly. He even plots to reshape other planets in his vision. Starline commends Eggman for his vision but mentions that after he did the numbers, he realized that Eggman could not possibly create enough Metal Virus to infect the entire planet. Eggman turns around to him to tell him that he does not have to.

Eggman brings Starline to a large hatch door where a large batch of Metal Virus was expected to be dropped down from. Orbot tells Eggman that they were coming over the drop zone. With the perfect timing, Eggman tells Starline that the habitat below them will be infected and wander off to other directions, spreading the virus. With this, Eggman would only need to make a few drops. As a Nebula hands Eggman a microphone, Starline once again commends Eggman for carrying out his plan so perfectly. He asks who the first people are to receive the virus, to which Eggman replies that it will be the very village that took him in when he was amnesiac; Windmill Village. The Faceship hovers over the village, deeply frightening the villagers. As Elder Scruffy commands them to run away, Eggman speaks to them as "Mr. Tinker", thanking the villagers for their hospitality though he did not remember much. Despite being grateful for being looked after, Eggman immediately gives the signal for the large batch of Metal Virus to be dumped over Windmill Village. The virus floods the entire village, reaching many of the citizens. Elder Scruffy is quickly infected after attempting to shield a child. Another villager horrifyingly sees a fellow villager get turned into a Zombot very quickly. Some villagers try to escape by climbing on top of the rooftops but a one of them has the virus spread from their legs and swiftly infect them. A mother and son look outside of their window, terrified of the sight. Soon, their door is broken down and several Zombots come inside, separate them, and infect them. Starline cannot believe the sight of how quickly the virus had spread in the town, leaving Eggman to ask for his opinions on the matter. Starline tells Eggman that he exceeded the expectations he already had of him, making the doctor feel silly for second guessing him. Eggman accepts the compliment and immediately sends the Zombots out of the village to invade others.

Back at Tails' workshop, Sonic and Tails have finished listening to Tangle's story. Tangle asks what is next for them to do. Tails states that Amy had found evidence of Eggman building a new fortress, most likely to spread his mechanizing agent. Tangle believes that if they manage to find the fortress before it launches, they can stop Eggman's plans before they even start, which Tails already agreed with. Tangle excitedly springs into the air, telling the duo to call on her when they find the battleship as she would gladly help. As Sonic and Tangle are about to high five, Sonic's left hand shows signs of infection again. Sonic quickly dodges Tangle, leaving her to faceplant on the floor. Sonic shows Tails that the infection has started again. Tails deduces that while Sonic's speed can burn the infection off and keep it in check, it cannot cure it. Tails suggests running some models but Sonic refuses, wanting to find Eggman's battleship instead. The hedgehog takes off ignoring Tails' calls after him. Tangle tells Tails that she is sure Sonic will be fine as she believes Tails will find a cure. Tails thanks Tangle for her words. As Sonic is running, he decides he needs to keep his distance to keep his friends safe. He believes the entire situation is weird as usually when Eggman acts, he shows up and stops it. This time around, they are aware of each other, things are in motion, but everything else feels detached. Sonic is not used to being a liability and believes that if he can really push it, he can cure himself and save Tails the hassle. He also recalls dealing with similar situations in the past and is sure that he will see the situation through.

As the day passes in the empty Windmill Village, a Flicky can be seen resting in its nest inside the hole of a tree. However, the Metal Virus spreads through the tree and soon infects the Flicky itself. By sunrise, the Zombot Flicky flies out of its nest and towards the nearest city over.