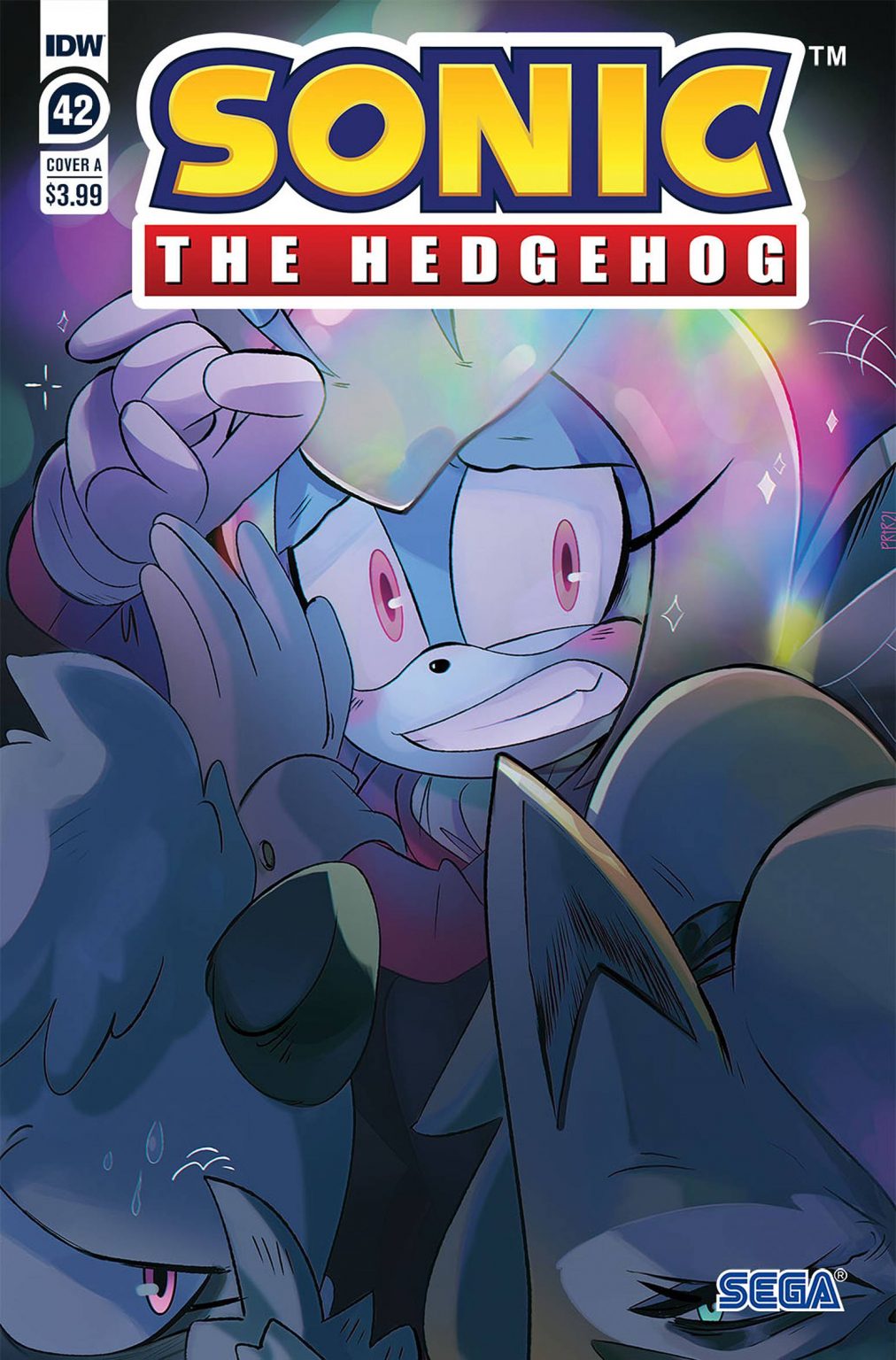 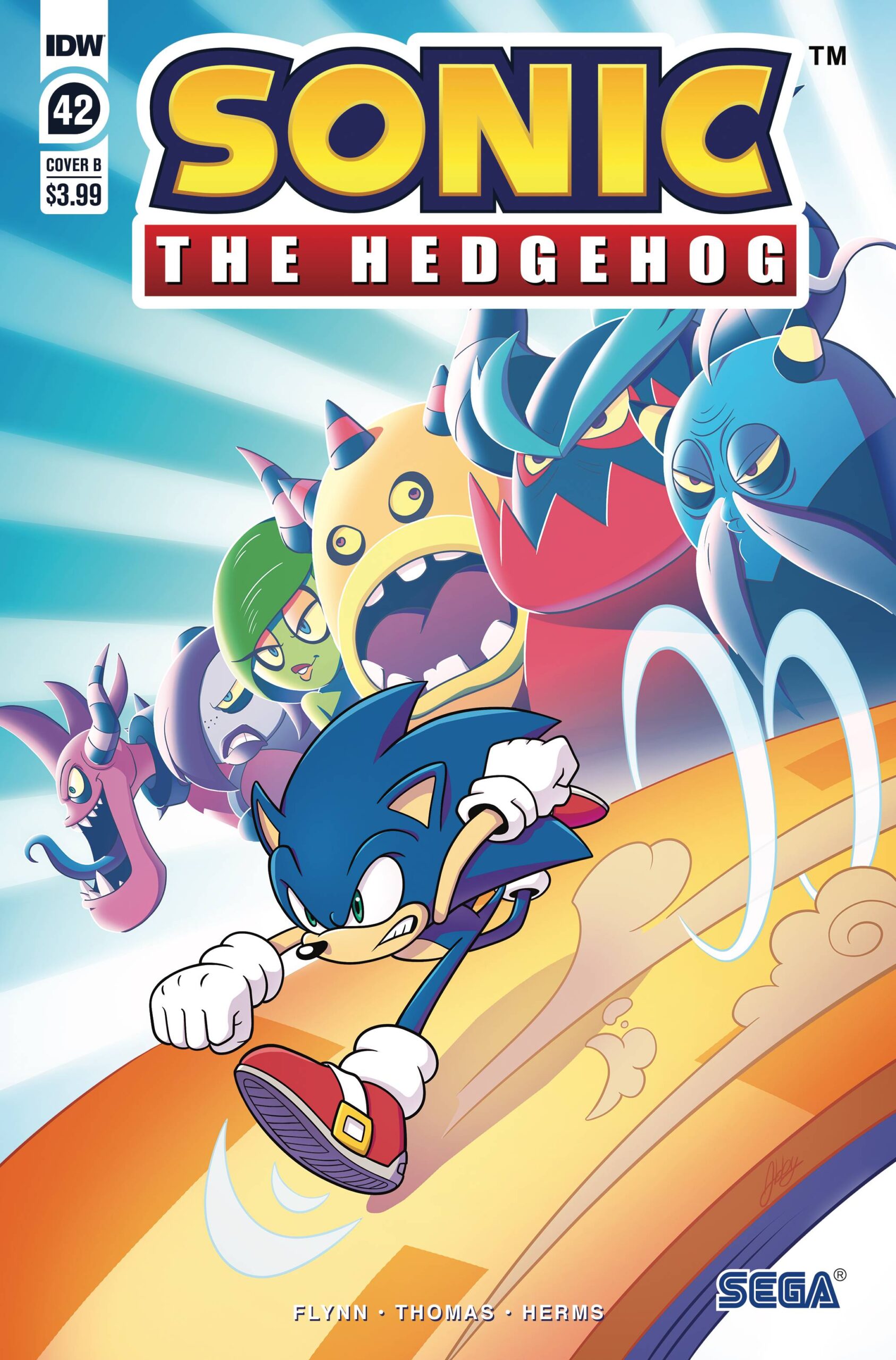 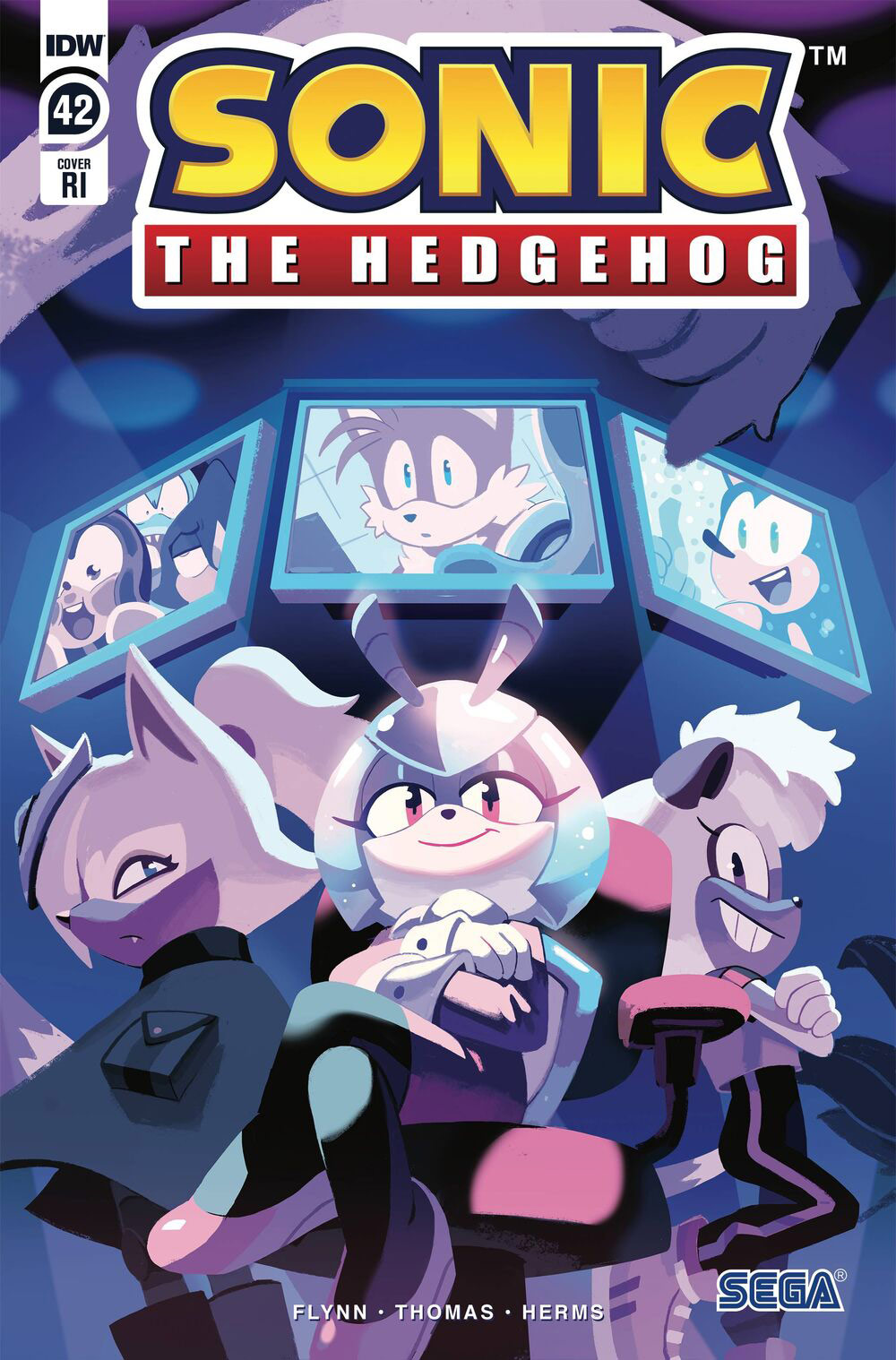 Jewel holds a video call with the Chaotix, who are in Sunset City, Tails, who is in his workshop in Central City, and Sonic, who is still in Winterburg. While Charmy is excited to see her, Vector explains that the Deadly Six have recently begun to attack towns. He and the Chaotix managed to figure out that these were the locations that they had tried to control during the Metal Virus outbreak. Having deduced their pattern of attacks, Vector set up an ambush for them, so while they waited for the Zeti in Sunset City, Sonic would wait at the other targeted town, Winterburg. Tails then explains the reason for him being in Central City; he knew that they would have to deal with the Deadly Six eventually so he began to brainstorm ideas of how to handle them. He managed to create the Zeti Zapper, a device he built by reverse-engineering Zavok's Chaos Emerald Siphon. The Zeti Zapper would turn the Deadly Six's electromagnetic powers against them, harmlessly disabling them for capture and transport via the Zeti Launcher, a new rocket Tails built that would send the Zeti directly back to the Lost Hex. Jewel questions the possibility of the Deadly Six removing the devices and taking control of the rocket, which Tails assures would not happen as he built in safeguards for that, meaning that defeating them would be the hardest part. Sonic tells Jewel that she can trust Tails's technology and that things will be fine, as he is determined to protect Winterburg from the Deadly Six after having just saved it from Eggman. As he watches a few children play outside, Sonic notes to himself that the Restoration has worked hard to rebuild, and that everyone would like to forget the Metal Virus outbreak ever happened; however, the recent actions of the Deadly Six and Eggman are making this difficult.

Meanwhile, Dr. Starline, who is running low on patience, has snuck his way over to Emeraldville Ruins, where the entrance to Restoration HQ is located. He recalls his recent encounter with Belle and how unique she was, inferring from her construction quality that she must have been built during Eggman's time as Mr. Tinker. He is excited at the prospect of being able to study her for new insight and nuances, but realizes he may not be able to as he does not have access to the headquarters, where Belle is. Starline notes that his Tricore would be powerful enough to storm the facility but adds that it was more Eggman's style to do that and he was trying to be better. He also notes that his hypnotic tools got him into Everhold Prison because he was not known to security, so he prepares to be identified on sight in the building. As Starline enters a tool shed, he believes that he has to minimize his contacts. He has seen people enter the shed but not never leave, thinking that there might be a trap door. Sure enough, once Starline tilts a garden shovel, an elevator activates and lowers down. Happy with his discovery, he knows he must be extremely cautious as he did not have the luxury of creating any kind of distraction. At the main entrance for the HQ, a flaming truck is sent directly at the gate. The half asleep gatekeeper narrowly shields himself from the truck and looks up to see the Deadly Six walk toward the HQ. Inside, Zeena is not impressed with the HQ's structure. When an eager Zazz asks on where to start, Zavok commands them to tear it all down. The Deadly Six then begin their carnage inside the HQ.

Soon, Master Zik notices the Restoration's defenses arrive in order to fight them. The two fire with their Hover Wispons, only for Zeena to deflect the attacks and knock the pair back with her kicks. Zavok commands the Deadly Six to group with him so that they could take on the soldiers as one. Though they prepare themselves, they do not find themselves with any further opposition. When Zavok says that he does not understand, Master Zik explains that the people of this world cherish peace and live in complacent harmony, which is only usually interrupted by Eggman. On such occasions, they rely on their heroes. Otherwise, they see no need to prepare for violence. Zeena then asks what happens when someone takes their stuff, picks a fight, or similar actions to these, with Zik saying that they simply do not as they are kind and compassionate to each other; Zeena states that she finds this gross and hates how gross it is. With this, Zavok resolves to march straight to the heart of the Restoration's operations and rip it out. As the Deadly Six make their way, Starline spots them from a hallway and is surprised to see Zavok still alive. He calms himself and believes that this could be a boon; as the Deadly Six terrorize everyone, he would be able to move around freely. It would not do to get caught by anyone, noting that he must be swift and attentive and hopes that his enemies keep each other occupied. In the control room, Whisper and Tangle have barricaded the door and keep a watchful eye on it, allowing Jewel to contact the others to inform them that the Deadly Six are at Restoration HQ. Charmy is confused as he believes that they followed the clues. Vector says that they were instead baited like a bunch of chumps and tells Jewel that they were on their way. Tails makes his way to the Tornado, saying that he is scrambling with the Zeti Zappers and would likely get to the HQ first. He tries telling Sonic that he will wait and they will go in together, only to receive no response. The determined hedgehog instead ran off immediately from Winterburg straight to the HQ.

In the machine shop, Belle and orangutan volunteer hide from Zomom. The Zeti is swiftly hypnotized by Starline and is told that he can inform the others that this room can be ignored. The orangutan volunteer tries to thank Starline, only for Belle to recognize him and tell the volunteer that he is a bad guy. Though he saved them, Starline mentions that he can multi-task, and asks for Belle to be handed over to him. The volunteer refuses, prompting Belle to ask what the doctor wanted from her. The platypus finds interest in the fact that she self-actualizes and asks for her model number, to which Belle simply gives her name. Starline tells her that though he managed to get a useful sample from the chateau, she left quite the impression on him. Due to this, he believes that she will be pivotal in completing his current projects. He adds that she would be aware of how much he treasures Eggman's works and thus knows that he will handle her with the utmost respect. The volunteer protests, saying the Belle was not Eggman tech and attempts to attack Starline with a wrench, only for the doctor to strike him with his Multi-Tool Heel Spurs. Starline tells Belle that if he gives him a second dose of the toxin, he will die, but if they left right away, he would be too preoccupied to finish him off. Belle asks for Starline not to continue and agrees to leave with him. Meanwhile, Sonic makes his way into the Emeraldville Ruins and into Restoration HQ, narrowly missing Starline walk off with Belle. Starline finds that the elevator is out of service, leaving Belle to guess that the Zeti cut the power line. She tries to use this as an excuse to walk away from Starline, only for the doctor to use the flight function of the Tricore to fly upward through the elevator shaft. At the entrance of the control room, Zomom fails to open the doors. Zavok attempts to pry it open with his hands, only for him and the others to get hit by a Spin Attack from Sonic. With this, Sonic prepares to fight the Deadly Six.