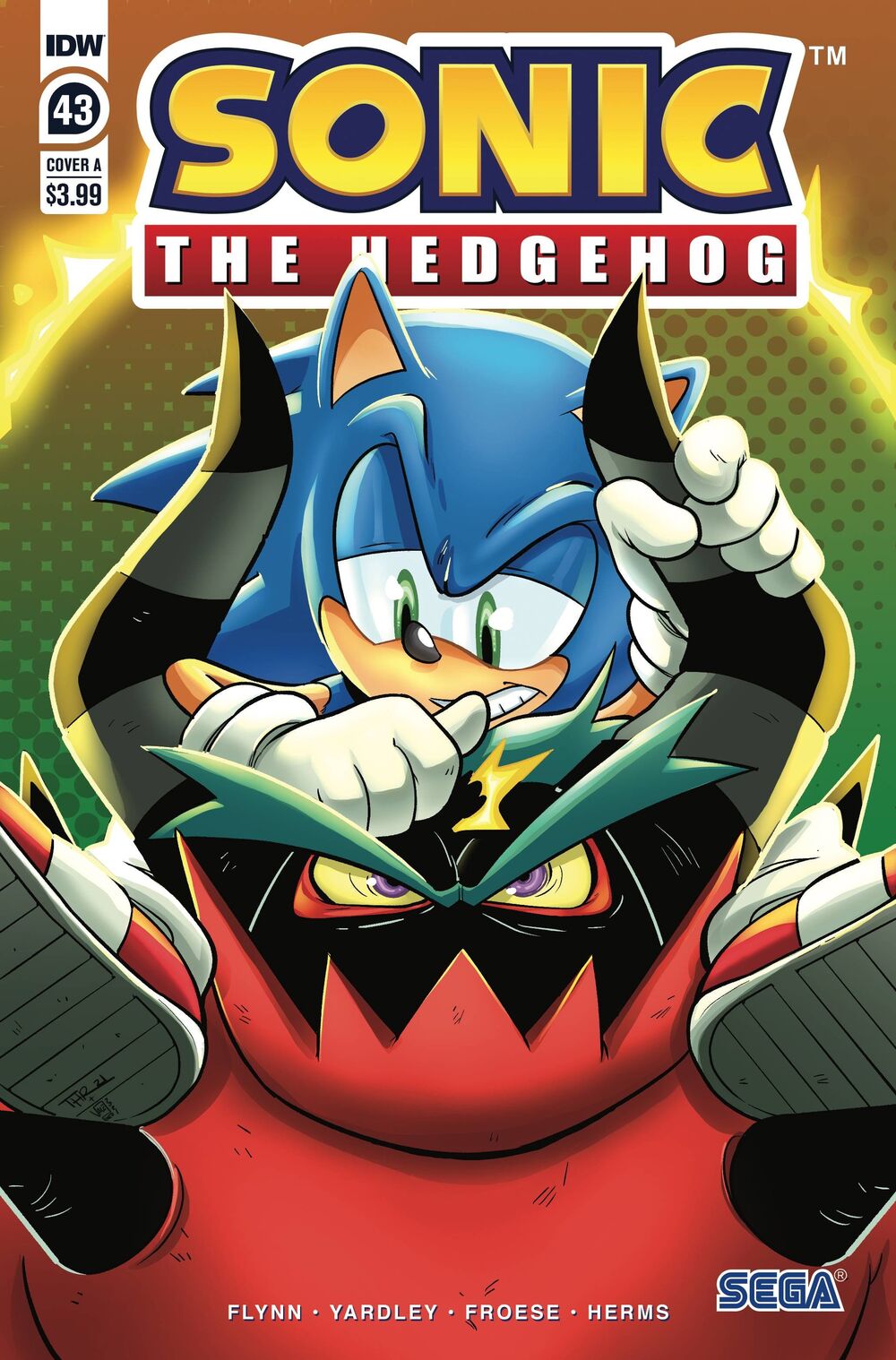 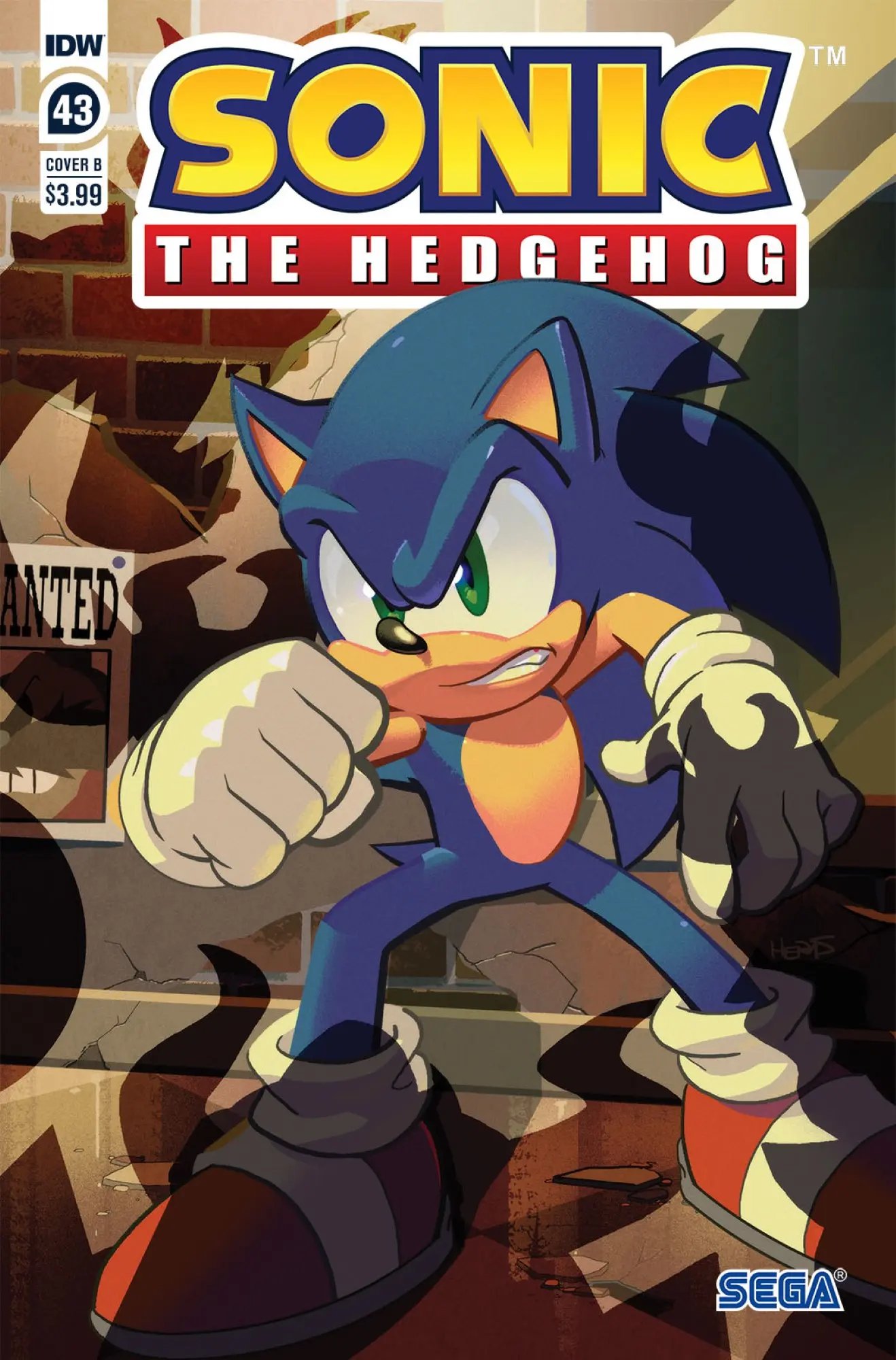 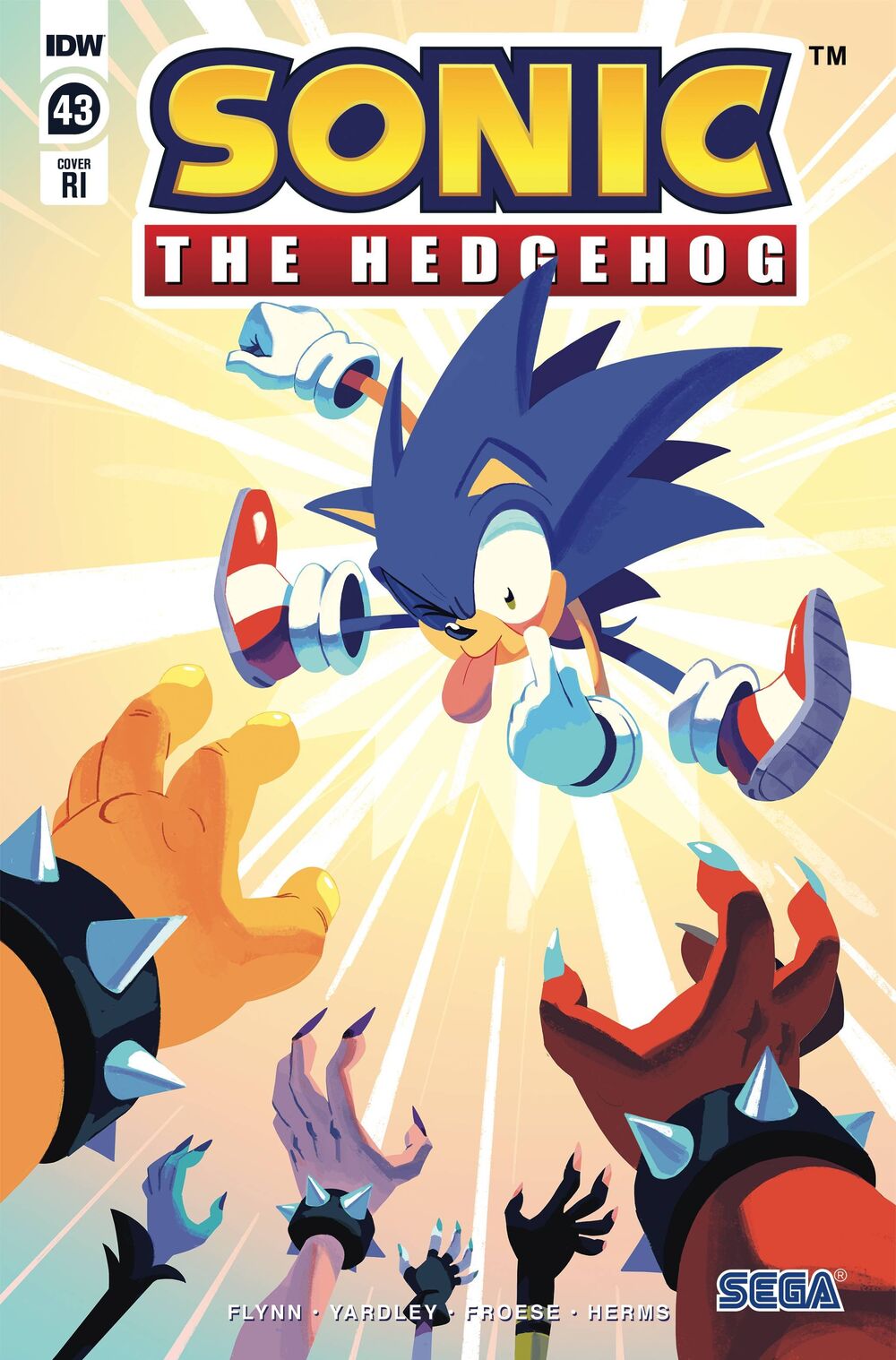 SONIC THE HEDGEHOG VS. SIX DEADLY ZETI! Who will win the battle?! Find out in the action-packed “Zeti Hunt,” part three! It’s all hands on deck as Sonic and friends struggle to defend the newly rebuilt Restoration HQ from the Deadly Six.

In Restoration HQ, Sonic has begun fighting the Deadly Six, who are under orders from Zavok to destroy him. As Zomom is about to deliver a blow to Sonic, the hedgehog swiftly dashes out of the way, causing Zazz and Master Zik to be hit instead. Sonic lands a Spin Attack on Zavok and slides under a kick from Zeena, taunting the villainous group for picking a fight instead of enjoying the world they were on. Inside the control room, Tangle is attempting to open the sealed door so she can help Sonic, but he tells her not to as they need the Zeti Zappers from Tails first. Jewel puts in a call to Tails and the Chaotix, telling them to hurry as there was no one else close enough to help. Tails tells her that he is en route and is flying in to get there faster. Vector also says that the Chaotix are on their way, but believes that they would get there faster if he pushed the ride there due to the trio being stuck in traffic. With this, Jewel tells Tangle and Whisper that Sonic was on his own for now. Whisper disagrees and asks Tangle to brace her by wrapping her up with her tail. Once Tangle does this, Whisper asks her to hold still while she aims her Variable Wispon through the hole in the door. She shoots and hits Zomom in the backside. Sonic thanks Whisper and kicks Zomom. Master Zik deflects a shot from Whisper with his cane but is slammed down by Sonic. Zeena dodges Whisper's attacks and tries to reach through the hole in the door to grab her weapon. Tangle instead punches her with her tail.

Sonic hits Zazz with a Spin Attack, only for him to demand another much to the hedgehog's surprise. Zavok orders Zor to step into the fray; the Zeti replies that he was looking for the right time to strike. This prompts Zavok to pick Zor up and throw him into battle. As he is about to hit Sonic, he is hit by a shot from Whisper's Variable Wispon. Sonic thanks Zavok for this while Zazz continues to get pumped during their battle and states that he will tear the whole place down. When Zavok is hit by another shot, he gets fed up and uses his electromagnetic powers to short circuit Whisper's mask scope and Variable Wispon. Tangle attempts to defend Whisper by attacking Zavok, only for the Zeti to grab her tail and slam her several times against the door until she fell. Sonic continues to battle Zazz until he gets dizzy. The hedgehog tells him to stop, only for Zazz to state that he will not until he is dead. Sonic knees Zazz and hits him with another Spin Attack, causing him to fall. Zavok attacks Sonic and tells him that he admires his tenacity but considers it to be a lesser form of ruthlessness. Sonic dodges a swipe from Zavok but is kicked back to him by Zeena. Zavok then smashes the hedgehog into a wall.

Sonic falls to the floor but manages to get back up, with Zavok complimenting him as a mighty warrior and calling him the most challenging foe that they have ever faced. However, he adds that challenges are meant to be overcome. Sonic jokes about Zavok's monologue and annoys the Zeti into attacking him. He is able to hold his own until Zomom catches him in a hold. Zavok demands for him to be held so that the rest of the Restoration can hear his defeat. However, Zomom receives a shock and forcefully drops Sonic. Tails reveals himself and it is shown that he used a Zeti Zapper on Zomom. The fox passes the bag onto Sonic so that he can tag the rest. Zavok tries to intervene but is too slow. Sonic manages to get Master Zik, Zazz, and Zeena, albeit a slight struggle with the latter. The hedgehog is stopped by Zavok and holds him up to taunt Tails. The fox decides to use Sonic's moves on Zavok and Spin Attacks him. Despite this, Zavok catches him and tells Tails that his skills have failed him. Due to this, Tails opts to use his own tricks, and uses his tails to grab a Zeti Zapper and place it on Zavok, which incapacitates him. Sonic tosses the last Zeti Zapper to Tails, which he deflects with his tails at Zor, defeating him. Despite this, Zor relishes in the pain.

Sonic and Tails check up on each other to make sure they are okay and fist bump. Tangle yells to make sure that the duo are all right, which Sonic confirms and jokes that a chili dog would help. Tangle states that they have a big problem; Sonic believes she is talking about the Deadly Six and confirms that Tails saved the day and that the Zeti could no longer fight. When she says that she is not talking about that, Tails notes that the doors are in bad shape but the tracks are intact and he can get them open easily. Tangle tells him to forget the doors and reveals her real concern; Belle has been kidnapped by Dr. Starline.