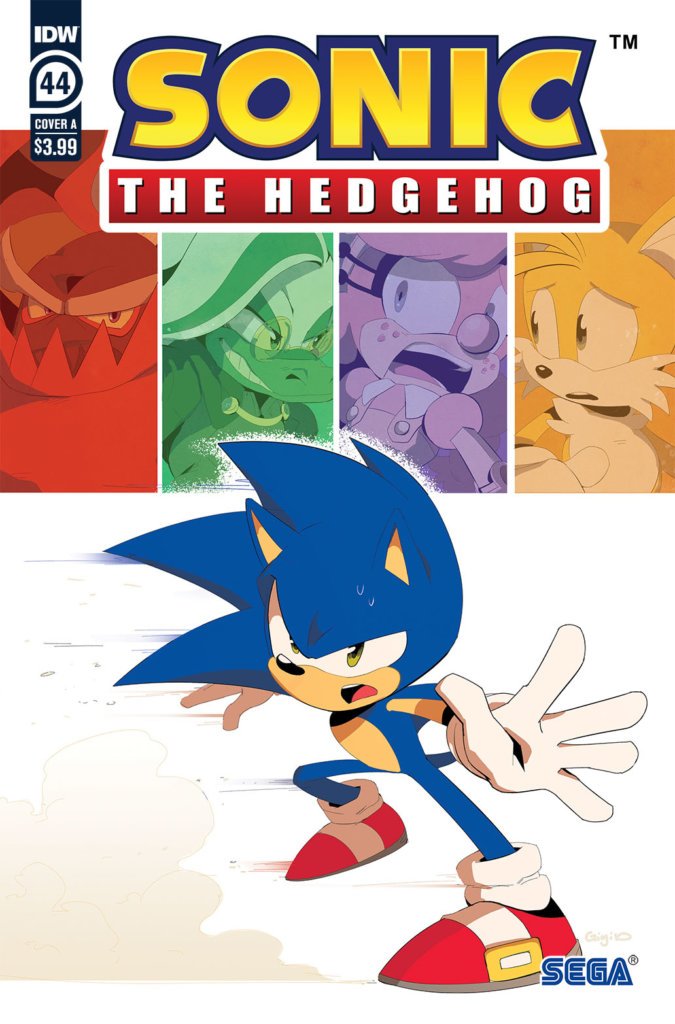 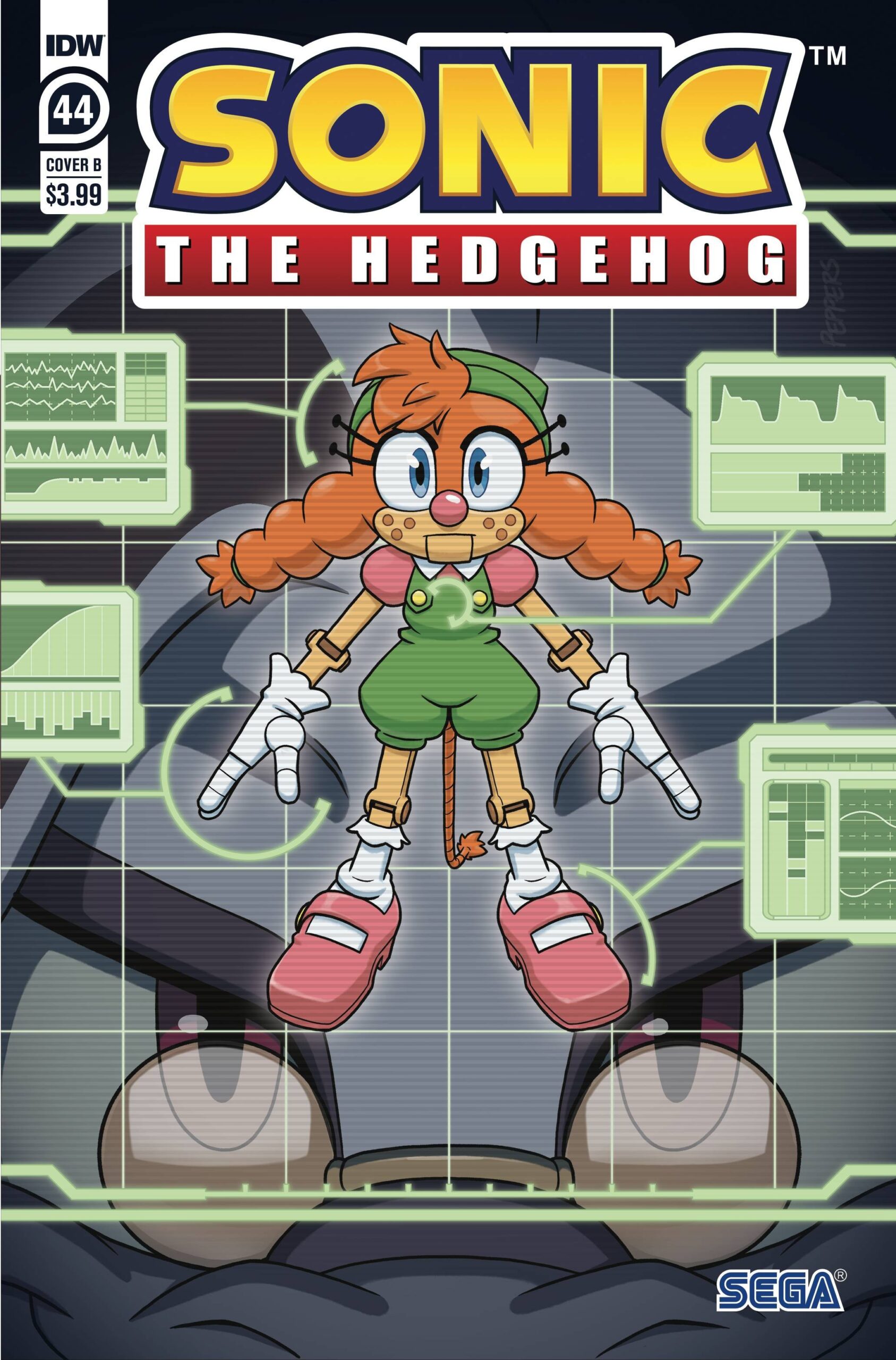 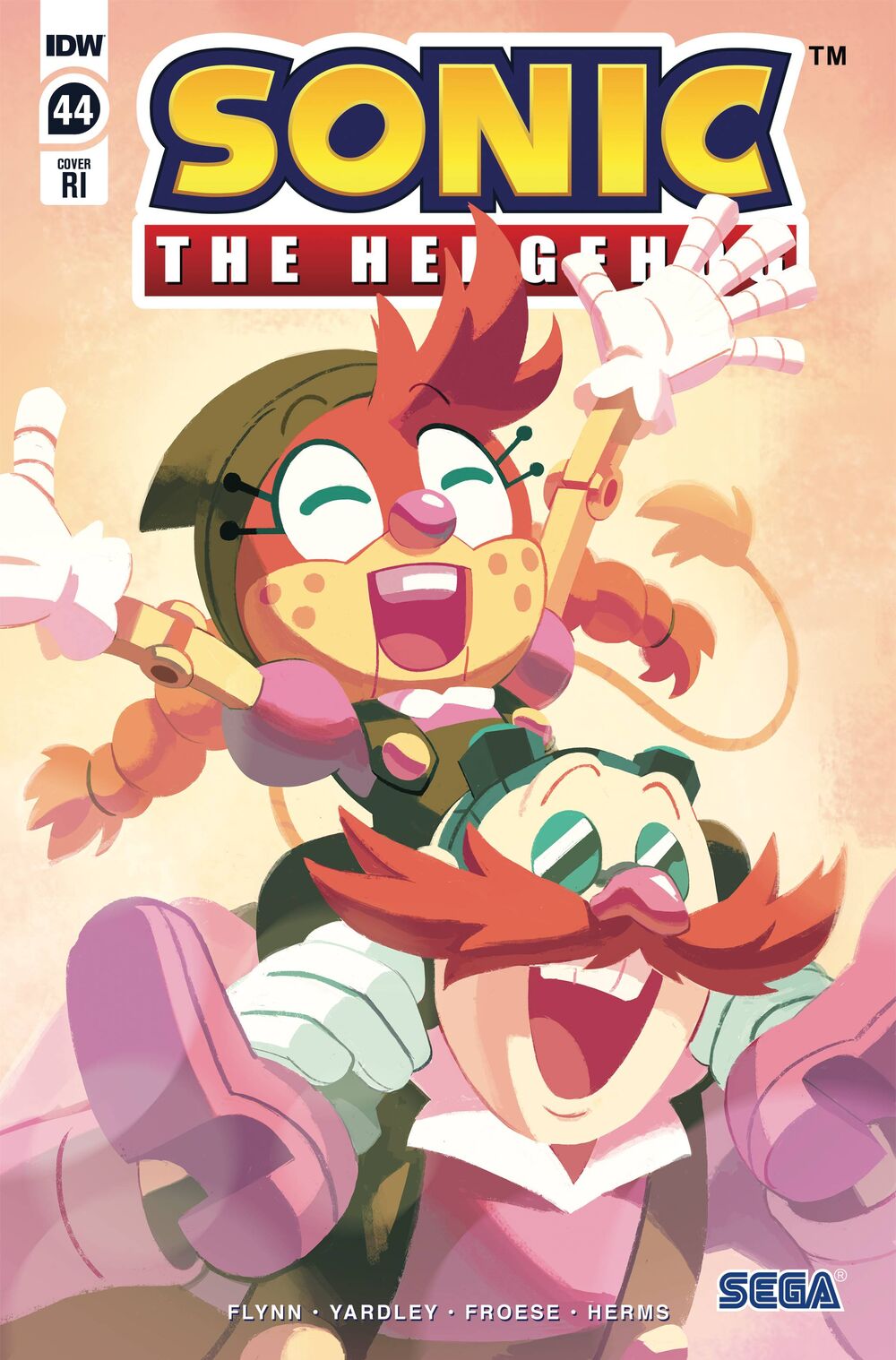 In Emeraldville Ruins, Sonic stands before the Deadly Six, who have all been neutralized by the Zeti Zappers, and confidently tells them that they would not overpower Tails' technology. He then shows them the Zeti Launcher, which Tails is backing into position with a flatbed truck. Zavok attempts to continue fighting but is immediately stopped by his Zeti Zapper. With a sigh of defeat, he asks Sonic what is to become of him and the others; the hedgehog answers that they are being sent home, which confuses Zavok. Tails explains that the Zeti Launcher will transport them all back to Lost Hex, and upon arrival, it will self-destruct and the Zeti Zappers will deactivate, thus stranding them on their world and keeping everyone else safe from them. Zavok is surprised that he and his pack are being shown mercy, but Sonic smugly remarks that winning the fight was enough. Zavok laughs in response and vows to make Sonic regret showing restraint, and repay his compassion with violence and misery. As he hears this, Sonic recalls how his compassionate decision to let Dr. Eggman live peacefully as the amnesiac "Mr. Tinker" led to more problems, such as Metal Sonic being repaired and a couple of his friends chiding him for the decision when Eggman had later been restored and began his next scheme. Sonic confidently tells Zavok that he will not sacrifice his principles out of fear, and that he will beat Zavok every time he causes more trouble. Deciding he can respect that, Zavok boards the Zeti Launcher with the rest of his group, giving Sonic one last glare before being launched away.

Tails calls Jewel on his Miles Electric to inform her of what just happened, before asking for an update on the Chaotix. She tells him that they missed their last check-in, possibly meaning they are busy or something bad has happened. Sonic tries to allay her fears, believing that if anyone can find Belle, it is them. Nonetheless, he decides he should join the search as well. Tails warns him to be careful; despite the Deadly Six being gone, Eggman is still around to cause trouble and they have no idea what Dr. Starline is planning. Elsewhere, Belle wakes up to find herself strapped to a table in a private lab while Starline examines the inside of her head. Glad that she is awake, he tells her that she has the most obtuse start-up routine but notes that he did seek her out for her unorthodox design, Belle is confused by this as she does not believe she is special, which Starline disagrees with and believes that Belle disagrees with as well. He assures her that he will not disassemble her as he thought of her to be an incredibly complex piece of art. Despite his falling out with Eggman, he still holds his work in high esteem. Belle angrily protests that she was not built by Eggman. Starline says that this is true to an extent but adds that she did not know the full story. Starline explains that Eggman lost his memories following one of his most critical defeats. He was taken in by the people of Windmill Village and took on a new persona of "Mr. Tinker". Starline took him in and went to great lengths to return Eggman to his former state of mind, and succeeded with help from Metal Sonic. As Belle realizes Starline was the one behind Eggman's return, Starline explains that the only drawback was the loss of Mr. Tinker's alternate design perspective. According to him, Eggman has a certain style to his creations; sometimes minimalist, sometimes eclectic, but always with a central motif. He never would have thought of making a puppet like Belle and will never do something like that again. Due to this, Starline needed to study her. Before he can finish, Belle has an outburst, angrily yelling at Starline for taking her father away from her.

The computer hooked up to Belle beeps and Starline checks the data taken. He is in awe of the passion and realistic emotional simulation that Belle displayed. An extremely annoyed Belle wonders if Starline even cared or was listening to her, which he claims he is but hides that it was just for information. The robot berates Starline for ruining everything, to which the doctor pushes aside and asks about her creation in Windmill Village. Belle explains that she was built by Mr. Tinker, a kind, sweet, and funny man who she loved very much. She was happy helping to fix the toys and rides that he made for the children. Soon enough, Mr. Tinker introduced her to the villagers who were nervous around her but were willing to give her a chance. One day, however, Mr. Tinker had vanished. Not long after, Eggman invaded the town and attacked with the Metal Virus. This did not affect Belle and she was very alone in the village. Eventually, when everyone was cured and came back home, Belle was blamed for the attack, being thought of as an Eggman spy. The villagers broke down everything Mr. Tinker had built and recycled it. They also got angry at Belle if she tried to help fix anything. Due to this, Belle ran away to look for Eggman, thinking that if she found him she could talk to him and make him come back as Mr. Tinker. Instead, she was found by Sonic and Tails; she believed with their help, she would be able to fix things. Starline turns his attention to the data Belle was providing; quantifiable metrics on loyalty, familial devotion, and a great range of emotions, as well as a sense of purpose and belonging that he finds rendered in replicable code. He also finds the data to be readily applicable, which would save him months of research. Starline finds that he can add the code directly to "them" and begin field testing immediately. Seeing herself be ignored, Belle wonders why she even bothered as he did not care; from this, she slowly believes that no one does.

Suddenly, Belle's left arm strap is released by an invisible Espio the Chameleon. He tells Belle to remain silent while he is distracted. However, Belle is startled by this action, believing that there is a ghost present, and yells about it, alerting Starline and accidentally slapping Espio. She soon sees that it is Espio that freed her, recalling that he can turn invisible and realizing that she broke his cover. Due to this, Vector and Charmy burst into the room to stop Starline. Starline claps condescendingly, asking how they found him, to which Vector replies that it was part of being a good detective. Charmy states that they now know where his evil lair is, only for the doctor to reveal that it was not his true headquarters. This did not matter to Vector and states that they were bringing him in and raiding his files, meaning they will soon discover what he is up to. Starline tells them that he uploaded all the data to his personal cloud server already to prevent them from inspecting anything. However, just to be sure, Starline uses the Tricore's power aspect to destroy the computer. With this, the Chaotix attack Starline, while Belle seeks cover under Espio's orders. Starline dodges the trio's attempts to capture him using the Tricore's flight aspect. He taunts the detectives into having better luck next time and additionally thanks Belle for being very helpful. With this, Starline takes off using the Tricore's speed aspect, which the Chaotix are unable to keep up with. Vector checks up on Belle and asks if he hurt her. The tearful Belle reveals that he broke her heart. Vector asks if it was a physical thing that Tails could aid with; when Belle reveals that this was not the case, the crocodile tries to comfort her by saying that he was here and she had friends waiting for her.

Meanwhile, the Zeti Launcher lands in Lava Mountain Zone on the Lost Hex and releases the Deadly Six. The rocket and the Zeti Zappers all short circuit, with the Zeti Launcher completely falling apart. Zavok realizes that they were true to their word, which Master Zik found to be one of a hero's many weaknesses. Zeena finds disappointment in returning home with nothing to show for it. Zazz adds that he did not even feel like breaking anything. Zavok turns to his group and tells them to consider that they took on a conquest far greater than any Zeti have dared undertake. He believes that there is honor and glory to be found in that, though their victory was stolen from them from their adversaries by a hair's breadth. Zavok continues, saying that in defeat, there is knowledge. The tricks used by the people on the world below could not defeat them again and the Lost Hex would not contain them forever. He declares that they will return to with a vengeance; wiser, stronger, and more ruthless than ever before.