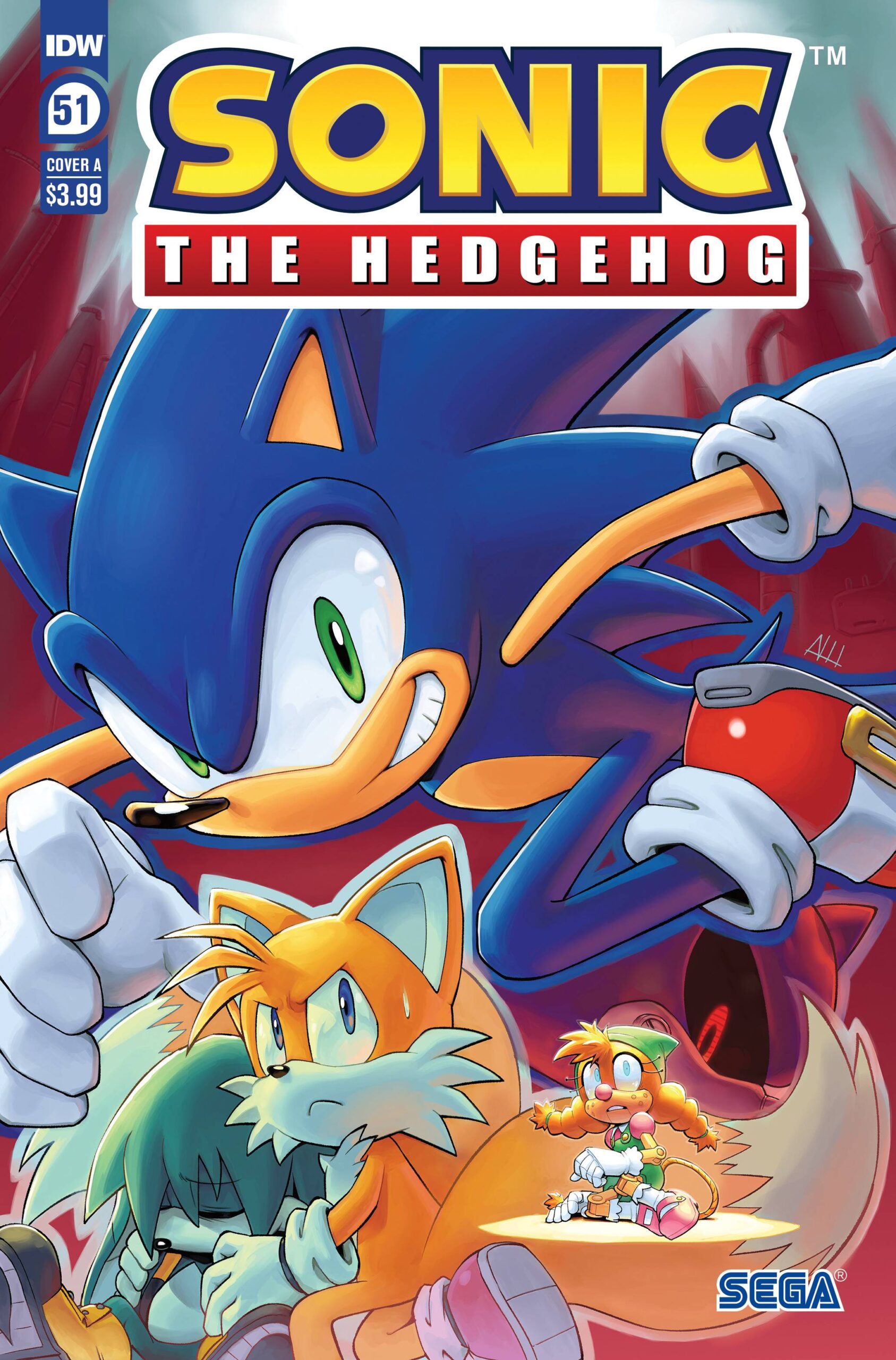 Sonic, Belle, and Tails, who is carrying an unconscious Kit, attempt to flee from Eggperial City while being pursued by a massive Badnik Horde. Sonic spots an alleyway and sends the others through before creating a whirlwind to knock away the Badniks. After escaping the Badniks and finding a place to hide, Sonic asks to know what has been happening and why. Belle believes it to be Dr. Starline's fault, explaining that he attacked the city with his enforcers named Surge and Kitsunami before summoning the Badniks to get the attention of the heroes and raise an army. She adds that Eggman fought back and that she witnessed Starline's demise herself, which Sonic shows little pity towards.

Tails explains that he was ambushed by Kit, who lost consciousness when his water pack was disabled, and has been deeply traumatized by Starline in some way. Sonic notes a similar series of events happening with Surge, with her seemingly being crushed to death after their fight. However, elsewhere in the city, Surge emerges from a pile of rubble on a conveyor belt, exhausted but uninjured. She frees herself before being crushed and decides she needs to recover before finding more power to help her destroy Sonic.

Sonic asks Belle how she knows so much, to which she answers that she downloaded some data when interfacing with Metal Sonic. Tails asks her if she can connect to the Eggnet and find a city map; despite not being able to connect to it, Belle is able to locate a hangar in a nearby district, believing there could be a shuttle there they could use. Tails is unsure if they will be able to reach it without alerting the Badniks, but Sonic assures him that he will keep them distracted while the other three get to the hangar. Tails, still reluctant, reminds him that there a lot of Badniks out there, far more than what they usually face. Sonic concurs, but states that Tails is the only one who can pilot the shuttle and that someone will have to carry Kit. He also decides to have Tails escort Belle since she is not a fighter, and the three begin to carry out their plan.

Sonic scales a building and calls out to Eggman, attempting to bait him into attacking. However, Eggman catches onto this and instructs Metal Sonic to track down and intercept Sonic's friends, and leave Belle intact if possible so she can be of use to him in the long term. Sonic begins to feel ignored when Eggman then appears behind a screen on a floating satellite, remarking on how Sonic is standing still for once. Sonic tauntingly states that he is able to since there is no threat, at which point the Badniks begin tearing down the building he is standing atop. Sonic proceeds to fight his way down, bouncing off debris and dodging attacks.

Outside the hangar, Tails takes out a Guard Badnik. Several more approach him but ignore Belle, who alerts the fox's attention to it. He deals with them as well and they enter the hangar where the shuttle is. Tails begins to hotwire it, unaware that Metal Sonic was watching, before setting off. Sonic continues battling the Badniks, remarking that he has not fought some of the models in a while. Despite Sonic's confidence, Eggman notes he has seen him slowing down and ponders joining the battle with one of his mechas. Sonic internally agrees, thinking to himself that running to the city as well as fighting Surge and the Badniks has exhausted him.

The shuttle is then seen flying overhead, much to Sonic's joy and Eggman's frustration at having it stolen. He then makes a run for the ship, unaware that Metal Sonic is flying nearby to intercept it, and is pulled aboard by Belle. He asks if Eggman called off the Badniks or gave up, to which the doctor responds that he did not want to rob Metal Sonic of his moment. Metal Sonic then bursts straight through the shuttle, damaging it severely and sending it crashing back into the city. Sonic asks if Tails and Belle are alright, which they both confirm, although Belle notices that Sonic has been injured. He asks Tails how much farther they are from being in the clear, to which the fox answers that they were not able to make it halfway to the city limits. Sonic notes that would be a problem as the three look up to see Kit regaining consciousness.