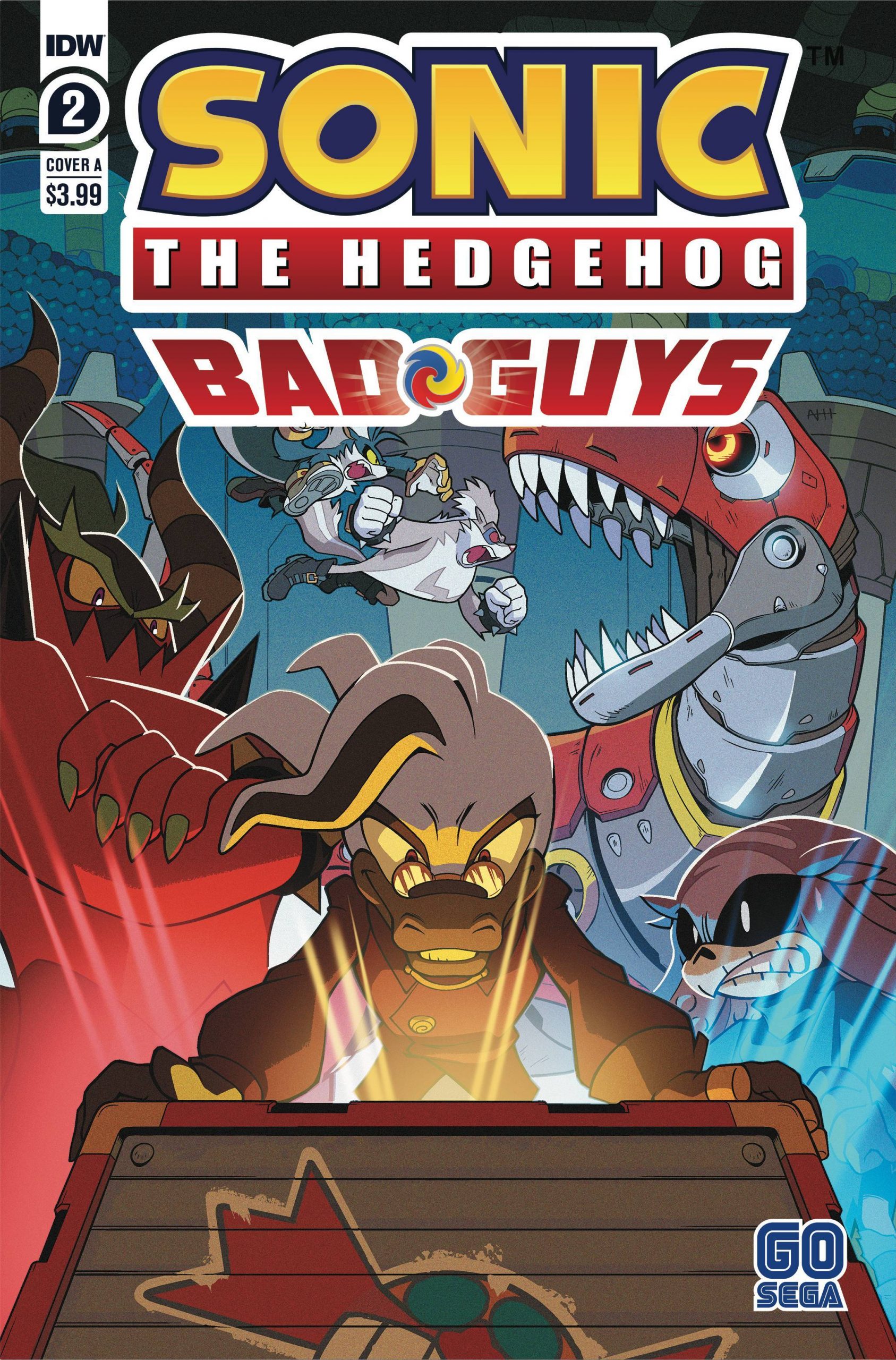 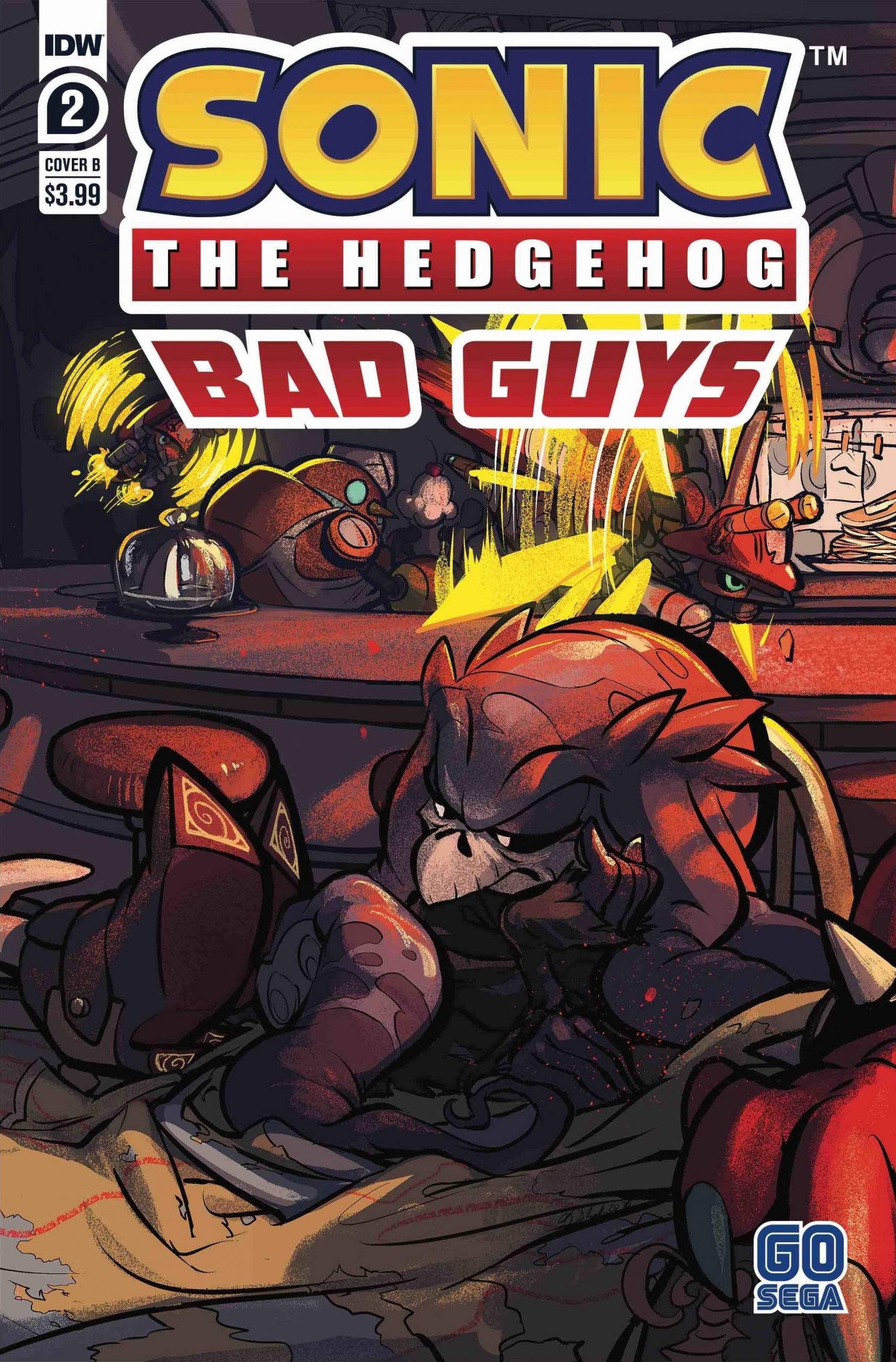 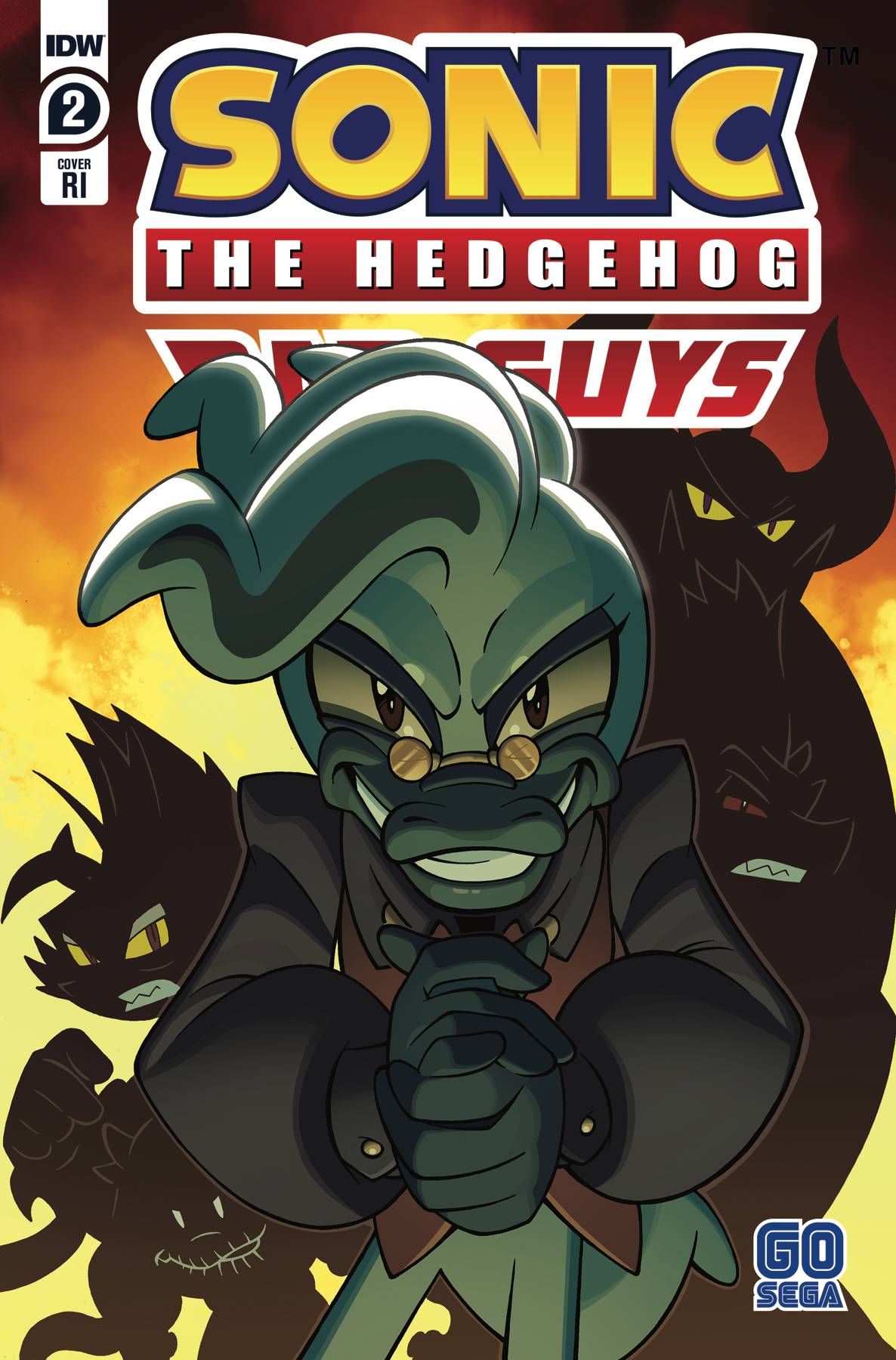 Zavok, Mimic, Rough and Tumble are busy fighting a Badnik horde. Elsewhere, near his own truck, Dr. Starline talks about how he managed to assemble them by making them think that they were going to get revenge on Dr. Eggman. However, he was actually planning to be accepted back into the Eggman Empire with an even bigger plan. First, he needed the power to keep up with his opponents. In a flashback, Starline explained to the group that they were after Power Cores. Rough and Tumble joked about them, thinking them of them to be objects used for a ball pit. Mimic wondered why they were going after Eggman tech because he wanted to get off of his radar and not annoy him more. Starline explained that they needed the cores for phase two of the plan and he would be erased from his records after that and not before. The doctor explained that the cores were concentrated energy used by a variety of machines in the Eggman Empire; when they are properly harnessed, they can amplify the user's physical abilities. Starline then said that to use the cores they needed to use special adaptors that he would build for everyone. Secretly, Starline knew that all that was needed was to touch their E.M. casings but decided to keep this from the others as they did not know. Mimic asked how the cores would help him disappear, only for Starline to say that he expected to spell things out for Rough and Tumble but was surprised that the octopus would have trouble. The skunks laughed at Mimic being called dumb as them.

Starline said that phase two of the plan was to break into one of the very few Eggnet hubs that routes all data flow within Eggman's network; once they took command of that, they would control all of his information. Mimic realized that this with this type of information, one could make it look like he never existed; he would finally be able to walk freely and focus on getting revenge. Zavok added that one could rewrite the assembly line for Eggman's armies and turn his entire empire against him. However, Starline corrected him by saying there were fail-safes that would be prone to such acts. When Zavok asked if he would go this far against his former master, the platypus stated that half-measures did not work against Eggman; either one defeats him or it is game over, and they could not get too far without the cores. Zavok then talked to the team, stating that he will lead them into combat like the Deadly Six and each of them will be used to the best of their abilities. He insisted that they follow his orders without question or hesitation as according to him, there could be no victory without total obedience. Starline thought to himself that it was quite the opposite, as he had been using him from the start, which assured his victory. However, he quickly backtracked, remembering that this level of arrogance is what loses battles, with the rest of the group now liabilities.

In the present, Starline reflects on how Mimic betrayed his entire team to Eggman and is only part of this to make it harder for Eggman to track him. To him, he was too dangerous to let loose after their mission. Rough and Tumble were stupid but they were driven by vengeance, making them the type of people to cause problems at the wrong time; from this Starline felt that they had to be eliminated as well. With Zavok, Starline knew he was the most dangerous person among them. Giving him any amount of power was a gamble but allowing him keep it was out of the question. The doctor toyed with the idea of keeping the group around and include them in his master project, only to reject it and decide that they all needed to be disposed of once of no further use. Zavok points out that the forward guard had fallen and orders Tumble to throw Rough and Mimic over the gate. While the skunk does so, he and Rough annoy Mimic with their showmanship and rhymes. Inside, Rough creates a smoke screen with his stench. Mimic holds his breath and runs through it, avoiding the Egg Pawns. Mimic climbs up to meet an Egg Pawn stationed at one of the building's large searchlights and greets them after he shapeshifts into an Egg Pawn himself. He swiftly destroys it with his gun. After the searchlight fell onto the Egg Pawn stationed at the other one, Mimic destroyed that Egg Pawn as well. An impatient Tumble wanted the gates to open quickly as Rough was over there by himself. Zavok deduces that the gates magnetically locked when the alarm was sounded. This did not matter to him as he opened the gates with his electromagnetic powers anyway. Tumble rushes in while Starline drives forward with the truck.

The doctor compliments Zavok on his well executed plan, with the Zeti noting that though the team was no Deadly Six, they were adept. However, while hanging onto the truck, he states that it was why he will never understand his and Eggman's shared over-reliance on machinery. Starline says that machines are efficient, tireless, and unquestionably loyal, which were traits he thought that Zavok would hold high in regard. The Zeti criticized the little genuine traits robots had, saying that strong warriors could do everything a robot could and more. Starline sticks to his side, stating that he could mass produce an army and none of them would disrespect or ignore him. The conversation quickly becomes a critique of Eggman due to this, which Zavok perceptively notices, telling Starline that he would never be taken back by the evil scientist. Though the doctor reminds him that they were in their mission for revenge, Zavok continues by saying that he does not need him. He explains that his plan to control the Metal Virus and the Deadly Six was solid, but he made one miscalculation while attempting to right all Eggman had done wrong. Arriving to where the others were, Starline says that it was Eggman's plan and he was just adding his notes. Zavok still continues saying he has great potential and he should not limit himself by trying to become like Eggman's equal, instead aspiring to be better. Starline thinks about his master plan a bit more brazenly hearing this. An impatient Mimic asks for the plan to continue.

Starline tells Mimic to morph into Sonic and mock the nearest security camera so that the break-in would look more like heroic vandalism. While Mimic does so in a warehouse, a large robot dinosaur emerges. Zavok tries to control it with his powers but to no avail as it was E.M. shielded. Starline deduces that it must be this way to protect it from the charged air caused by the core manufacturing. Seeing the others struggling, Rough and Tumble decide to perform Grand Stink Bomber Slam―a combo move―on the robot. Tumble jumps high into the air and throws Rough straight down into the robot's mouth. Tumble forcibly keeps it closed so that Rough can burst open its inside with his powerful stench. Following this, Starline requests for the team to take as many crates filled with the different type of cores as they could while he deleted footage of them at the base to let Eggman see what they wanted him to see. Shortly after this, Zavok and Rough punch a circular hole in the main gate to make it look like Sonic used his trademark Spin Dash on it, further incriminating the blue hedgehog. With the job done, the team leave the premises.

The next day, Eggman overlooks the damage done to his base as Orbot presents him with a report that details Sonic being the one behind the attack. However, Eggman notes there being missing databases and that the security footage was incomplete for an unknown reason. Orbot guesses that Sonic did so to cover his tracks but Eggman pointed out that his nemesis mocked the camera regardless. When Orbot suggests that Tails could have been trying to cover for him, Eggman does not believe this as the fox cub would not be that sloppy. Realizing that there was something else going on, Eggman swore to make the one behind it pay. Back at his base, while working on a device, Starline thinks on how Zavok has a point, considering no robot could have done what Rough and Tumble did. However, he would not allow himself to rely on anyone again, not in the way the team thinks he relies on them now. This was food for thought once he could move forward with his long-term plan. For now, he has to focus on the present and feels that he is one step closer with his newest invention. Starline zips around the base in a blue aura, flies a long distance across it with a yellow aura, and then lifts up a large box with a red aura. He now possesses the power of the Tricore.