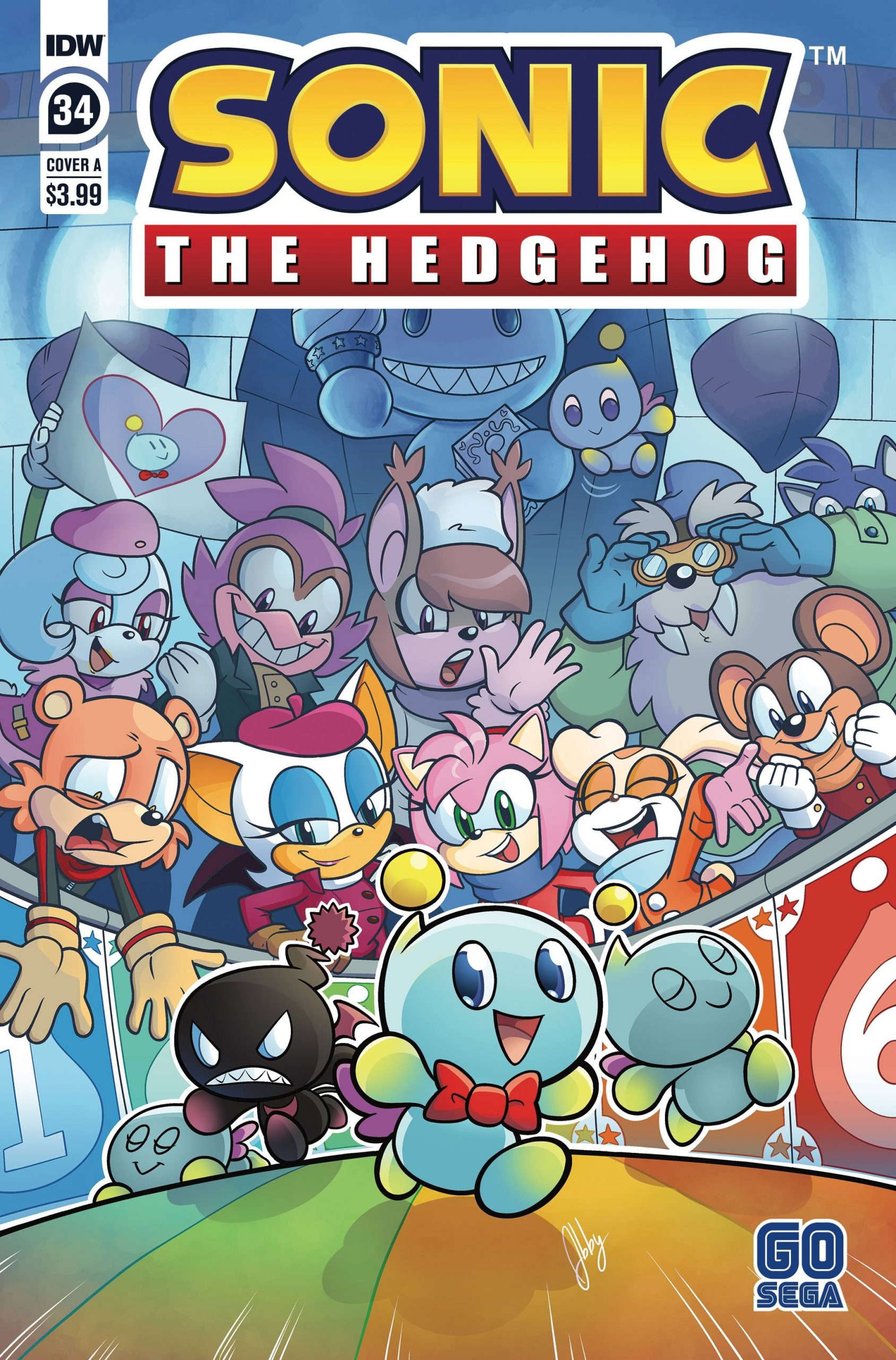 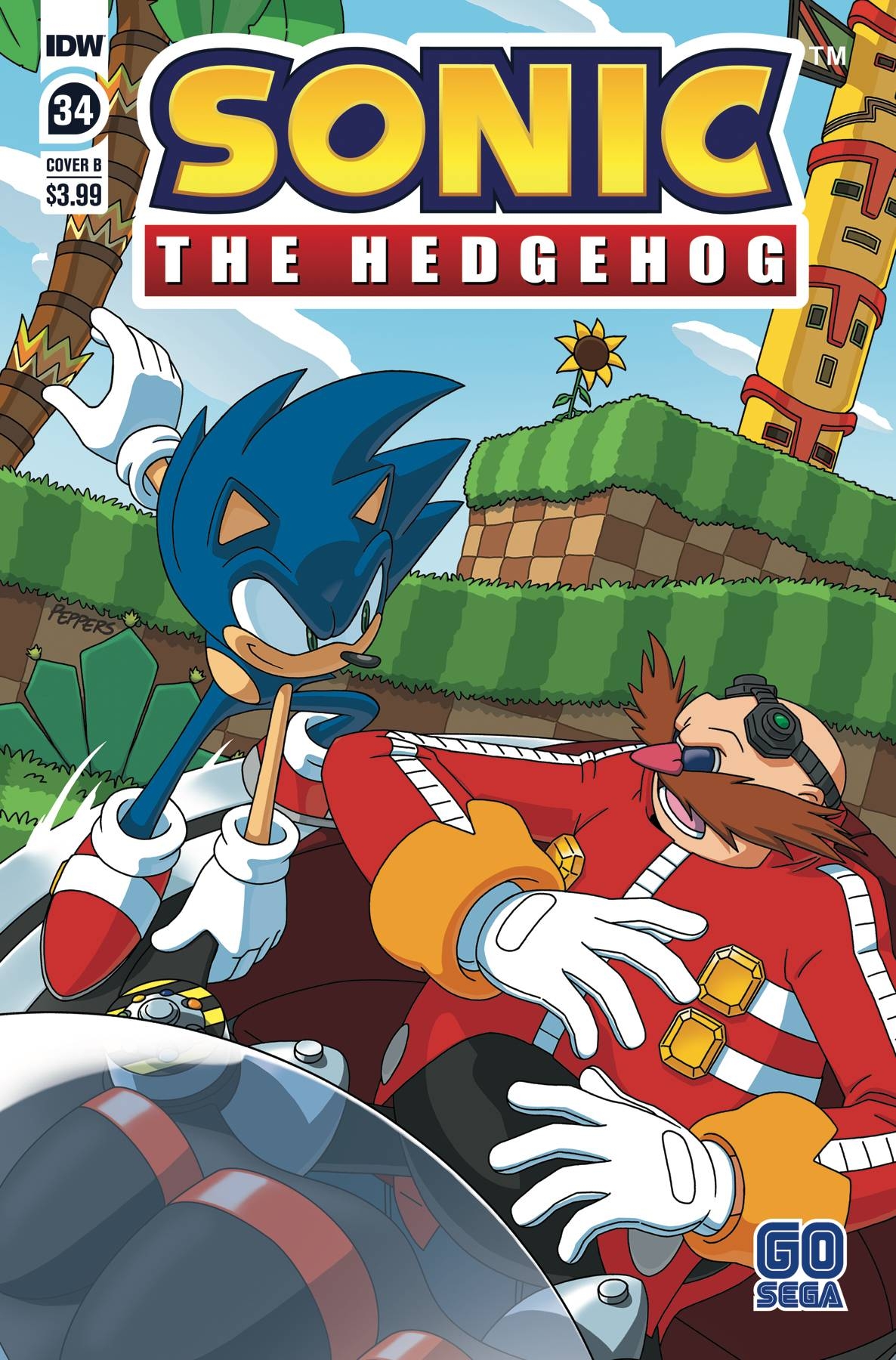 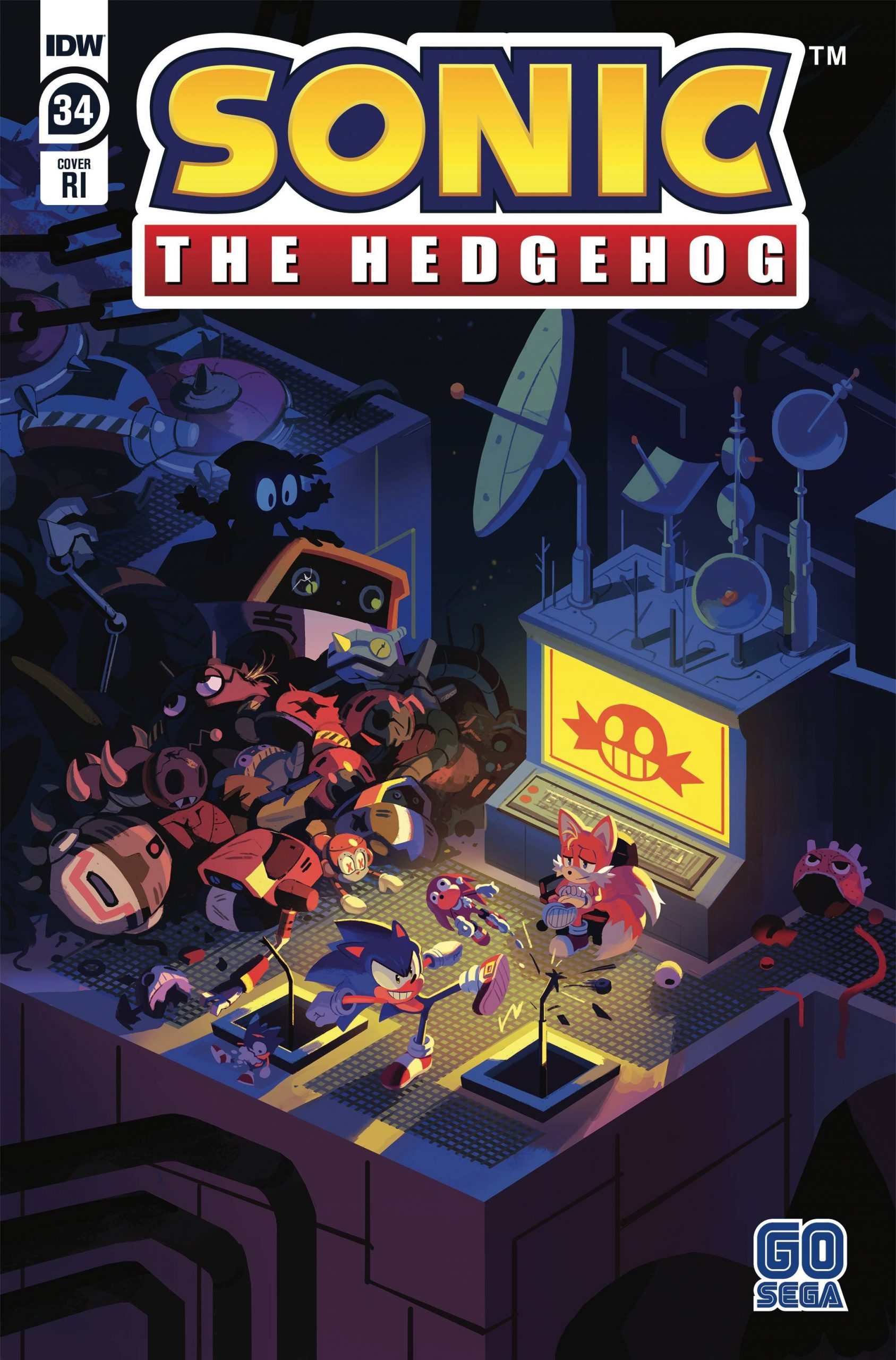 In the morning at the White Park Grand Chateau, Amy, Cream, Cheese and Gemerl are having breakfast. Cream expresses her worry for Rouge as she did not return last night. Amy assures her that Rouge can take care of herself and says that she was probably having fun stealing fancy jewels from people. Rouge then appears, startling Amy, and jokes that the only jewels in the area were their friendly faces as the other guests were wearing gold plating and rhinestones. Amy does not find this behavior to be a good example for Cream, only for Rouge to agree but tell Cream that if she were to loot a hotel, she had to make sure that the guests were loaded first. Over the intercom, trainers are requested to return to the track with their Chao. As the five take off, Shadow watches them leave. He walks off, finding the pageantry useless; he believes that if he was to find the one who beat him, it would not be in the rabble. Earlier, when Shadow recovered from his fall, he thought that the stranger he fought could be the root off the Egg-tech rumors he had been following. He did not wish to let them slip through his fingers again. This time, he managed to get a lead in the form of Clutch the Opossum's business card. Shadow then thought to himself that he hoped the stranger made use of the time they had left because he would not leave them much.

As Cheese performs in their race, Shadow makes his way up to Clutch's penthouse. Upon entering, the hedgehog realizes that the rumors were true and states that the collector better have answers about Eggman's whereabouts for his sake. Shadow comes across a cage and peers inside, only to be disgusted with what he sees and think "Utter scum." A robotic voice then calls out, saying that Shadow was not part of Rouge's plan and asks if the codeword had changed. At the race, the announcer states that the winners of the race will be entered into the semifinals. Clutch's Dark Chao glares at Cheese before the race begins. When it commences, Cream cheers Cheese on and asks them to be careful. The Chao struggles with Clutch's Chao. However, once they set their eyes on the finish line, they flew directly for it while Clutch's Chao failed to catch them and fell into the water. After several other Chao finish, Cheese is congratulated by Cream and Amy. Rouge catches Clutch's eye, who glares at her. She then turns to Cream and asks to take Cheese to first-aid as she believed their last landing was a little rough. Gemerl does not permit this action, with Amy backing him up and asking what Rouge was up to.

Rouge explains that she needs Cheese with her so that she can get Clutch alone. He believes that it will be a trade of a Chao for the parts they need. However, she has a plan to turn the tables on him and thinks that it may be too much to handle for the others. Amy dismisses this, determined to help. Soon, the five went to Clutch's penthouse. The opossum smugly mocks them, especially Gemerl, who nearly begins a fight with him but is stopped by Rouge. Clutch makes it clear that he is not defenseless. Rouge insists that they are there for the trade, and as she leads Cream and Cheese to the opossum, she whispers that she has it under control. Clutch finds some amusement in realizing that Cream was Cheese's trainer and says that he knew he liked Rouge. The bat replies with "I always get what's mine. After nothing happens, Rouge repeats it, but Clutch picks up on her attempt to use a codeword. The opossum is met by a kick from Shadow, with Omega stating that the hedgehog's plan was better than Rouge's. Amy cheers this on, while Rouge thanks Shadow for his help. The hedgehog makes it clear that he did not do it for her and tells her to check under the cloth as she may want to take care of what was underneath. When Rouge asks Shadow where he was going, he says "To find a real challenge." Under the cloth, Cream, Cheese and Gemerl find several imprisoned Chao inside a cage. Cream recognizes one of the as the Dark Chao that raced harshly against Cheese, realizing that Clutch was going to put them in the cage if they did not win. The young rabbit states that they have to let them out, with Gemerl agreeing but adding that he does not think it will be easy. Amy finds Rouge walking away and asks if she was going to leave as well; the bat clarifies that she was just going to call Tails as they could use his help picking out the right parts for Omega. Amy is okay with this and compliments Rouge on her plan, though she did not know what was supposed to happen. As Rouge walks off, the hedgehog states that they will watch over Clutch.

In Eggman's abandoned base, Sonic playfully fights a Knuckles-like doll. Finding disappointment in it, he asks Tails if he was finished hacking the computer. The fox cub replies that the system's adaptive firewall is very tricky and is taking most of his effort just to stay undetected. Sonic jokes that the Eggnet was hard to crack, though Tails ignores him. The hedgehog declares this trip to be the least fun trip to a secret Eggman base he had ever been on and kicks a screw. The screw bounces around and hits an individual hidden in rubble. Sonic believes her to be a Badnik and prepares to fight her while also trying to guess her name. The robot recognizes Sonic as he continues to try and fight her. Once Sonic steps on her tail, she quickly kicks him away. Though this intrigues Sonic, the robot says that she did not mean to do it as it was just a reflex she could not control. She clarifies that she is not a Badnik and does not know how to fight, asking that he stop trying to use his "buzzsaw hair" on her. With Sonic finally calmed, he says that he gets a little squirrely when cooped up inside. Tails apologizes for their initial interaction as they were usually used to fighting robots that were part of Eggman's army. When he introduces himself, the robot introduces herself as "Belle". The fox cub compliments her construction as he had never seen a wooden robot before, with Belle adding that it was carved oak hardwood. When Tails asks who created her, she says that it was private. Sonic guesses it to be Eggman but Belle states that her creator was missing and was looking for them, adding that it was not Eggman.

The computer soon detects an unauthorized access attempt and begins an alert. Realizing he forgot about the firewall, Tails runs to the computer to find everything locked. Sonic says that they will figure something else out, but Tails is determined to work around it and not give up. Belle turns the boys' attention to the Beats that begin to swarm the area. Sonic explains that these Badniks explode when they grab a hold of a person, with Tails adding that they were slow and not very smart, giving them an opportunity to outsmart them. Sonic says that he cannot build up momentum without more space. Tails asks if he could bust down the door but Sonic says that he would need to perform a sold Spin Dash, requesting the fox cub to cover him. However, the duo are unaware of an Egg Keeper that emerges from the ground behind them. Seeing it, Belle pushes Tails out of the way, getting herself trapped within the Badnik's saucer. Tails destroys the Badnik with a Spin Attack to free Belle. As Tails helps Belle up and asks if she is okay, Sonic says that he hopes she is ready to put her weird skills to use as they were going to need all the help they could get.