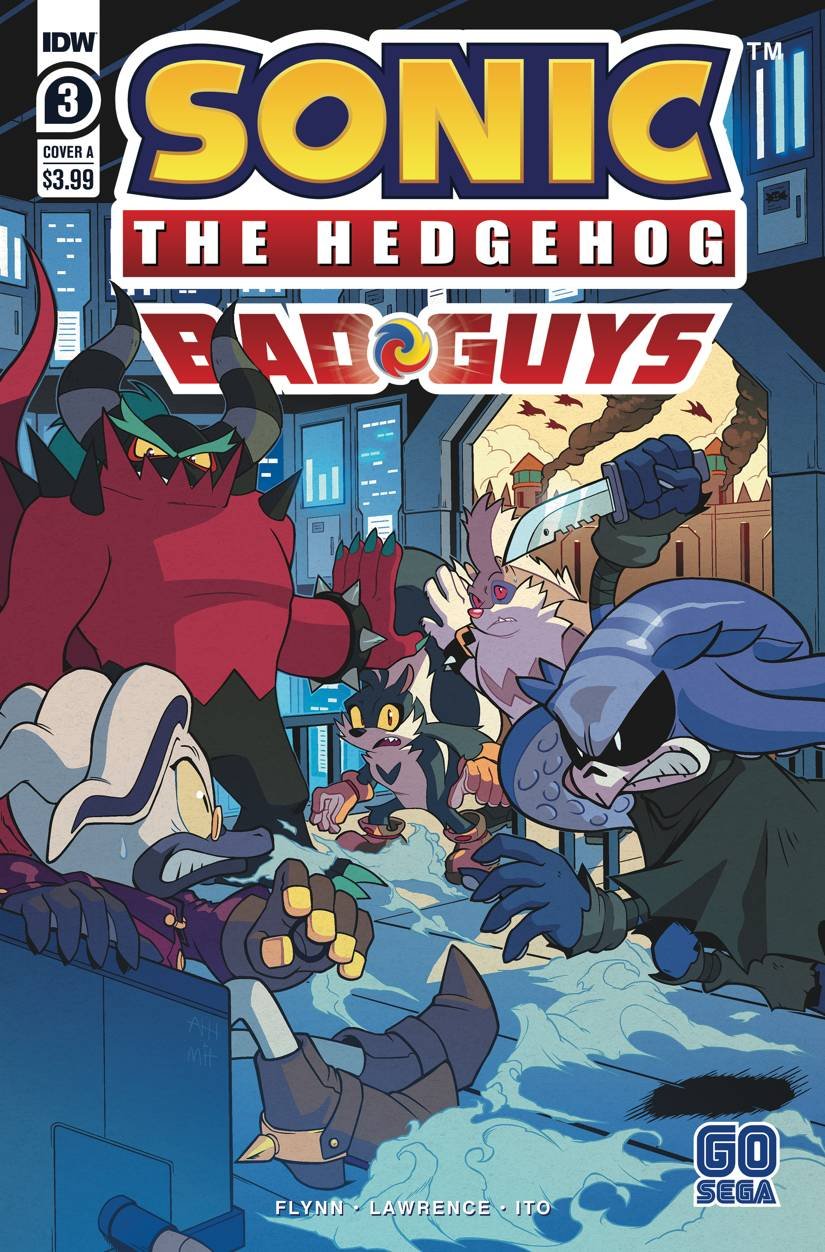 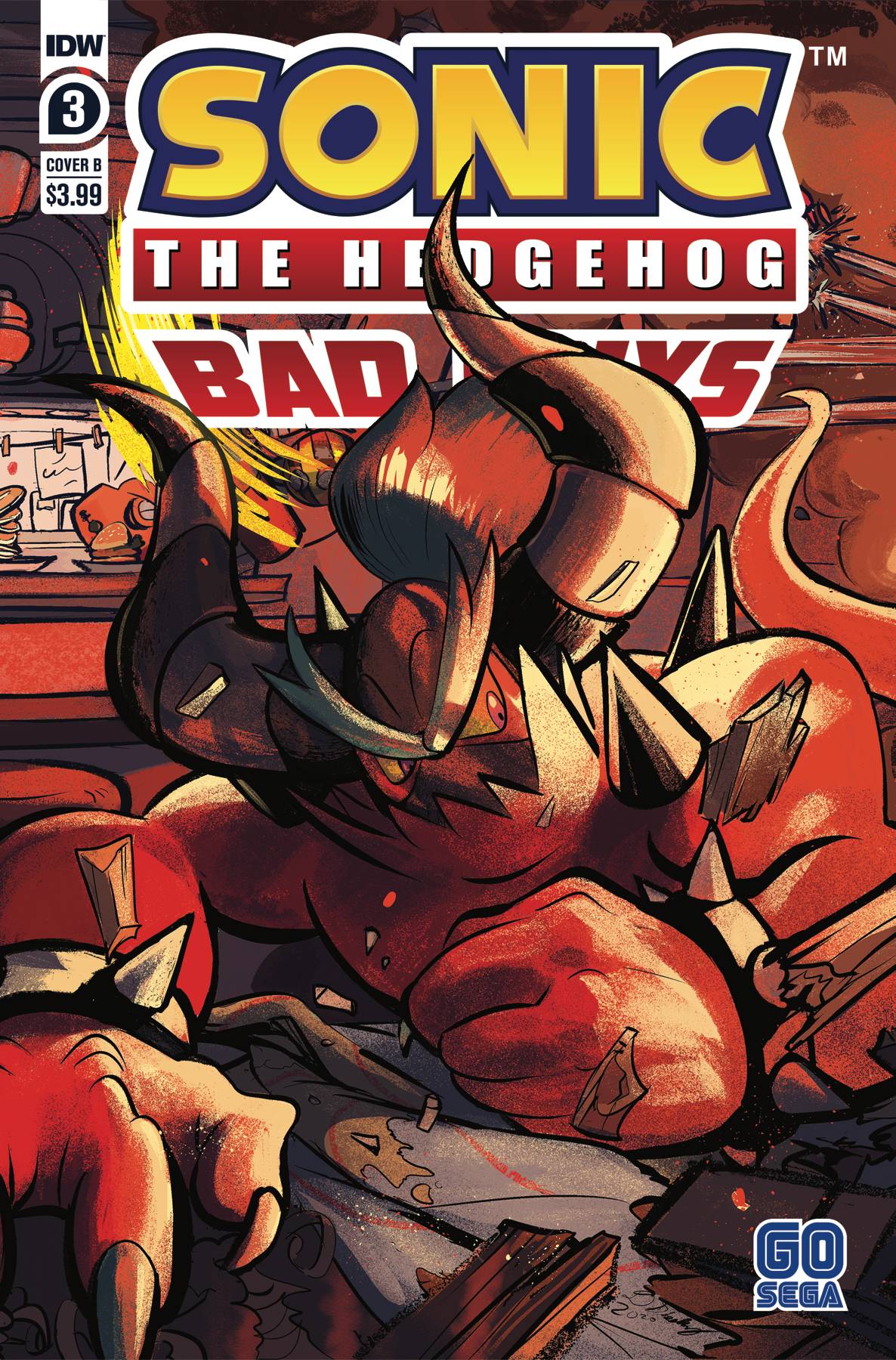 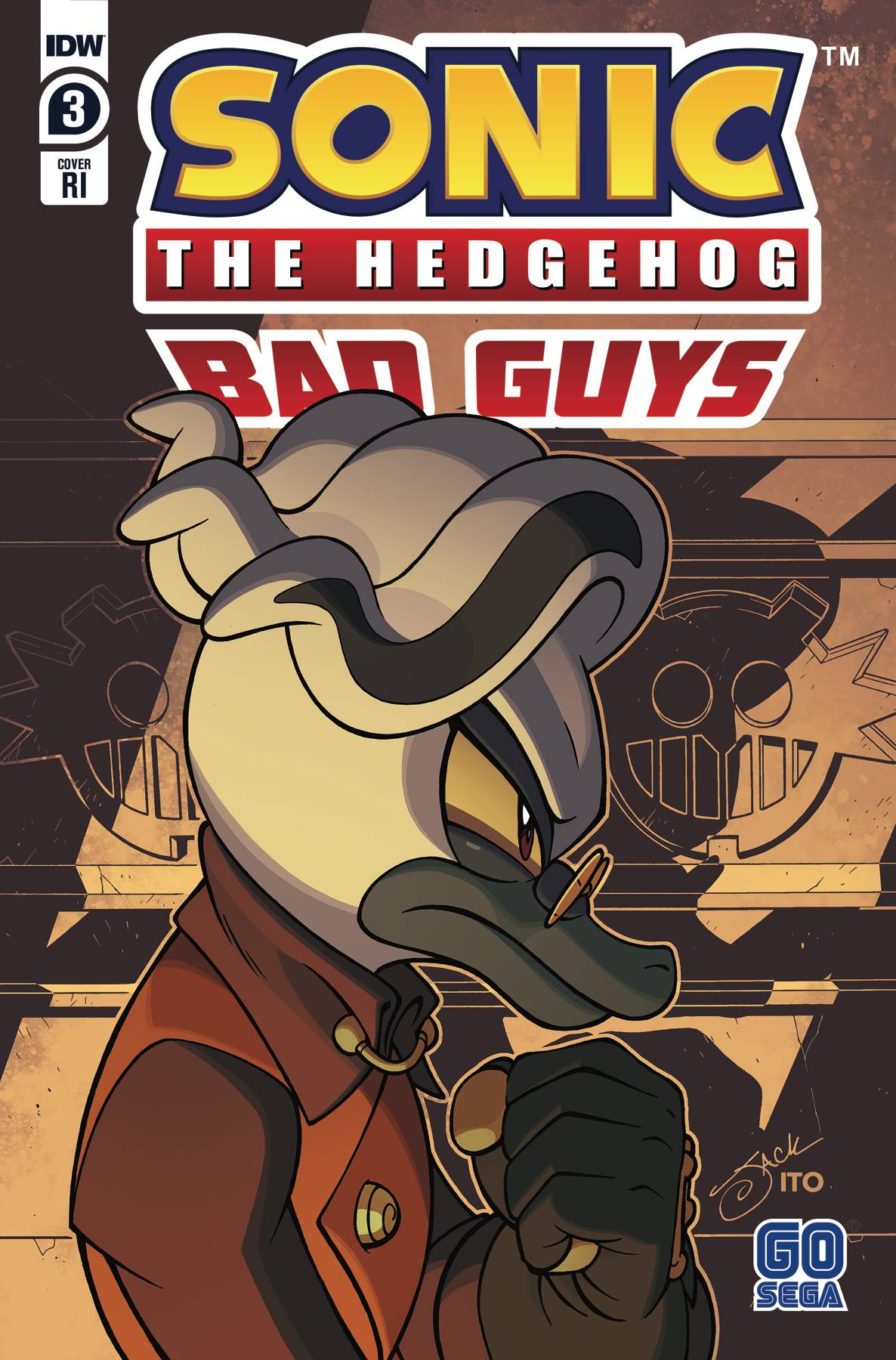 Dr. Starline logs onto his computer after inputting his password and secondary voiceprint. He requests for the computer to activate a playback of the last development journal at a low volume. On screen, the doctor talks about how his plans have been moving along quite well. His group has exceeded his expectations and he now has a surplus of Power Cores to aid in finalizing his long-term project. They also enabled him to make a device called the Tricore, which would allow him to hold his own against his more powerful foes should the need arise. Unlike the single-use Core Gear he created for his teammates, the Tricore can be used in rapid succession hundreds of times. Starline mentions that phase two of the plan was to invade an Eggnet hub where he will erase Egg Base Sigma from Eggman's databases and change all security to obey him; once the base was lost to Eggman and safely under Starline's control, he could finally move on with his true goal. He adds that the parameters of this may shift due to Zavok, as he said things to him that stuck with him. However, Starline makes it clear that despite this, he plans to eliminate his teammates with his new robot forces once the new headquarters is secured. Though he feels wasteful in doing so, he states that the alternative is too risky and they are too dangerous to let roam free. Zavok enters the room agreeing, startling the platypus.

Starline says that for a big guy like Zavok, he moves pretty quietly. Zavok says he is when he wants to, and adds that "Starline" is pretty stealthy too, revealing the platypus to be a disguised Mimic. Mimic tells Zavok to keep his voice down to avoid awaking the real Starline, who is asleep nearby. He then tells Zavok he never trusted Starline, but he did not try to make a move until he had good intel. He then wonders if Zavok came for the same reason. Zavok says he has already confirmed his lies himself, as in the previous issue, he activated a red Power Core on touch, so he thought the devices they were promised were booby trapped. Mimic checks the computers and confirms they were not, leading Zavok to state Starline was as short sighted as Eggman. Mimic also read that the devices were to prevent misfires, which meant that Starline wanted to have his teammates to be at their best until he disposed of them. Mimic then pulls out his knife with the intent on killing Starline, but Zavok intervenes and takes him outside. An impatient Mimic expresses his displease at not killing Starline now, but Zavok says they still needed him to access the Eggnet, and that Starline will not make his move until he gets what he wants. Zavok tells Mimic that tomorrow, they will open a way to what "they" want, then he will reward Mimic's patience by letting him kill Starline. Mimic accepts, but says that if it looks like Starline is moving up the timetable, he will not wait any longer. Zavok agrees with him, then tells him to get some rest.

The next day, as the gang is driven to the base by Starline, Rough and Tumble try to come up with new rhymes to include each member of the crew. Zavok commends Starline on this as it was a sign of growing kinship. While the doctor sees this as a premature congratulation, the Zeti continues by saying that he brought them together and his plan was unfolding perfectly. Noting that Eggman would not have been able to orchestrate such an operation, Zavok tells Starline that he was glad to command him. Hearing this, Starline accepts the praise while thinking that Zavok has fully fallen for his ruse. Unbeknownst to him, Mimic smugly smiles over this exchange. At the Eggnet hub, Starline provides the group with personalized Power Core gear. He explains that the devices read their bio-signatures and react seamlessly to their actions; all they would have to do is act as they normally would, and the power will be distributed instantly. Rough asks why Starline did not have one, to which he answers that he has no skills to enhance. Zavok and Mimic look at each other knowing that this was not the truth. Moving on, Zavok (equipped with a red Power Core) and Mimic (equipped with a yellow Power Core) set off to take down the hub's guard towers. Once they were clear, Rough revs up with a Spin Dash (using a blue Power Core) and launches Tumble (also equipped with a red Power Core) onto the gate of hub. Using his enhanced strength, Tumble rips off the gate, giving an entry for Rough and Starline.

Zavok and Mimic continue taking down the rest of the guard towers and soon join the rest of the crew at the hub's main door. Tumble attempts to smash his way in, only for Starline to stop him as there was sensitive equipment inside. Mimic instead uses his tentacles to gently open the door. After Starline marvels at the fact that they were steps away from total victory, Rough complains that he had not smashed anything yet. Starline tells him that he can take on the interior guard but requests that he does not smash anything. The skunk rushes in and takes down an Egg Knight with his tail. Another Egg Knight shoots at Zavok, but it has no effect on him. The Zeti then crushes the robot with his fist. Tumble sees this asks why he did not control it; Zavok replies that it was not as satisfying as obliterating it. Soon, Starline finds the central computer. Though the doctor did not know the login, he developed a command algorithm to bypass security. When Mimic wonders if he just had it lying around, Starline mentions that he developed it for another project but it was not important at the moment. Mimic then tells Starline to work fast as he was sure he was on Eggman's high alert. Starline lets him know that Eggman was already alerted the minute he and Zavok took out the guard posts and was mobilizing as they spoke. While Mimic expresses his horror at this, Starline tells him to relax as since he controlled Eggman's information feed now, he could tell him that it was Sonic and give him the coordinates to a different facility.

At Eggman's base, the doctor gets ready to fight his intruders. He sends out his aerial force to rain punishment on whoever was causing a ruckus. Orbot appears with new intel stating that Sonic was ransacking a depot twenty miles to the north. Looking at it, Eggman says that something was not right as it was too much of a mistake to be a simple glitch. Orbot suggests that Tails sent a dummy transmission and their network corrected the mistake, with Eggman adding that it could be the other way around to throw him off the trail. The doctor decides to check both; rain fire and then sift through the ashes later. Eggman then flies off in his Egg Hawk. Back at the hub, Starline discovers that Eggman logged his flight plan, leaving them in the clear. Starline then reprogrammed the defenses to protect them instead. Mimic then requests to be rewarded, with Starline halting him to first erase Egg Base Sigma from Eggman's databases. But just before he does so, Mimic raises his his dagger to the platypus' throat. While the octopus holds him in place and declares to no longer act polite, Starline asks for Zavok's help. Rough and Tumble express confusion at this prospect as they believed that they were working together. Zavok tells them that Mimic found evidence that Starline created a ploy to hijack a new base for himself, and after he had done so, he would destroy all of them. Angered at this revelation, Rough and Tumble turn on Starline as well. Starline tries to give an excuse to Mimic of him being needed to delete him from the database, with the mercenary demanding that he does it. The doctor complies and deletes Mimic's file.

Zavok then tells Starline to assign command of all the Badniks in range to him as it will be the first slice as he carves off more of his territory for himself. Starline nervously hands it over to him while also thinking that he has to equip his Tricore. With Mimic a free man, Zavok conquering a chunk of the Eggman Empire in five minutes, and the skunk brothers having the Core Gears with a surplus of cores back at the lab, it was then unanimously decided amongst the four that Starline had outlived his usefulness.