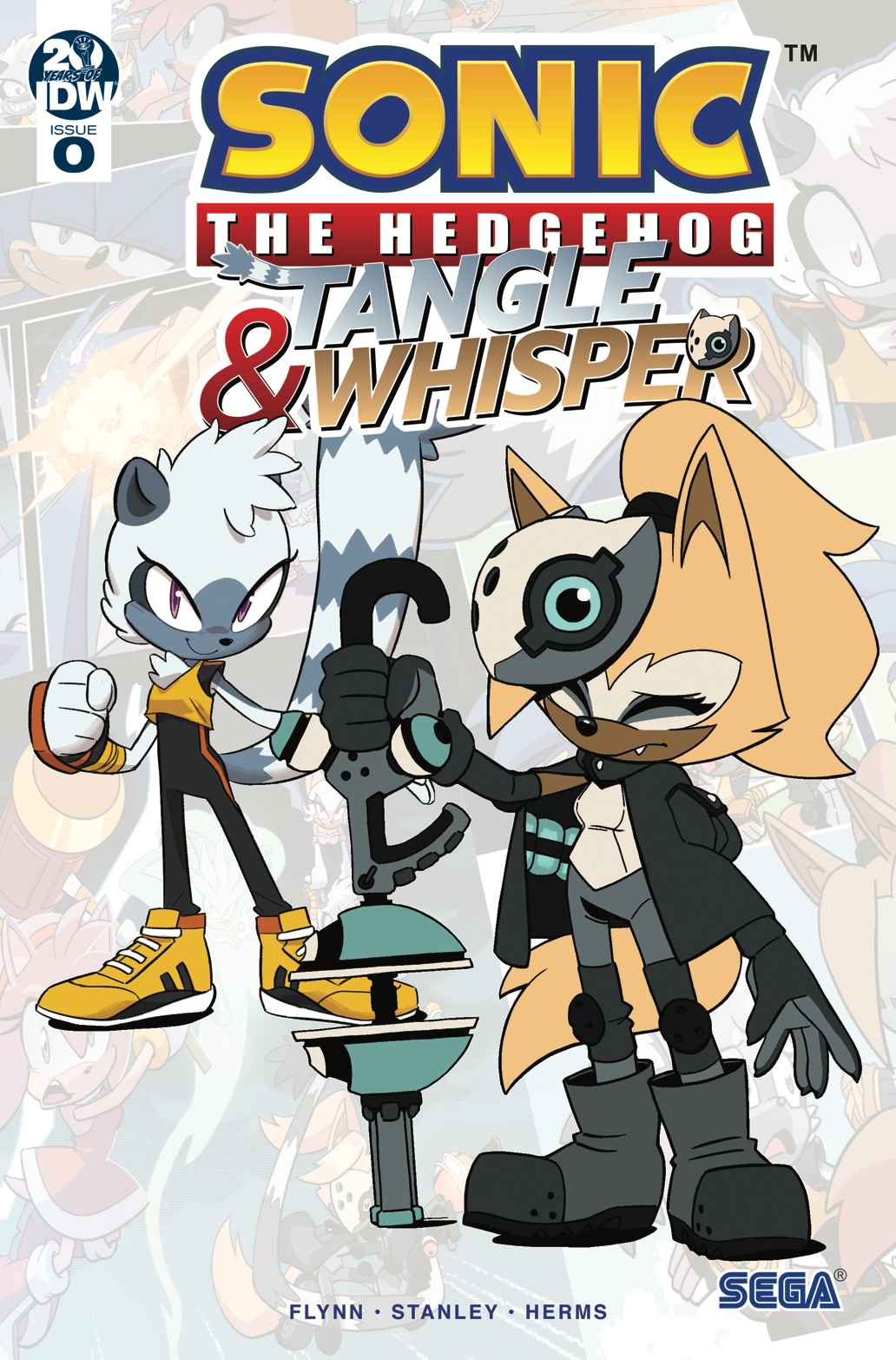 Fan-favorites Tangle the Lemur and Whisper the Wolf take the spotlight in this special preview for their upcoming mini-series adventure! Check out a sneak peek of their next adventure as two of the newest and already most beloved Sonic characters team-up! Also includes a recap of Season 1!

* Catch up on Season 1 of Sonic as Season 2 picks up speed in the main series!

Tangle is swinging through the streets of her town when she meets her best friend, Jewel. She tells her that it was about time she stepped out of the Mineral Museum for a bit, though Jewel lets her know this was only due to Tangle nearly knocking over the sign above her door. Jewel warns Tangle that she will run into someone. Tangle scoffs at this thought, knowing fully well she has been swinging around the town since she and Jewel were little. As Tangle lists off how well she knows the town, she crashes into a chili dog cart. Ron, the owner of the cart, greets Tangle with an unsatisfactory look. The upside-down Tangle greets him back, asking for a couple of chili dogs to go.

Back at the Mineral Museum, Tangle has an ice pack on her head, expressing how embarrassing it was for her to run into the cart. Jewel teases her, saying the cart was out to get her by hiding behind a street lamp. Jewel then asks why Tangle has been more hyper lately as she is usually precocious. Tangle tells her that she is like this because of her adventures with Sonic the Hedgehog and his allies. She has realized how boring her life became once again after returning to her home town. Jewel reminds Tangle that she has always been like that and asks what is stopping her from going out and finding her own adventures like Sonic. Tangle states that she has thought about it but did not want to leave in case Dr. Eggman's forces attacked the town again. Jewel adds that it would be the first time she would be going solo, with Tangle expressing how she would not have Jewel to watch her back.

Suddenly, Tangle and Jewel hear a crash from outside. A frightened Jewel crouches down behind her desk, worried that the Babylon Rogues have returned to town. Tangle instructs Jewel to hide while she swiftly goes off to check out the commotion. Tangle exits the museum to see "Sonic" running away from someone shooting at him. Tangle jumps in to protect her friend, only to see that it is Whisper attacking the hedgehog.