Who on Mobius is Bark the Polar Bear? 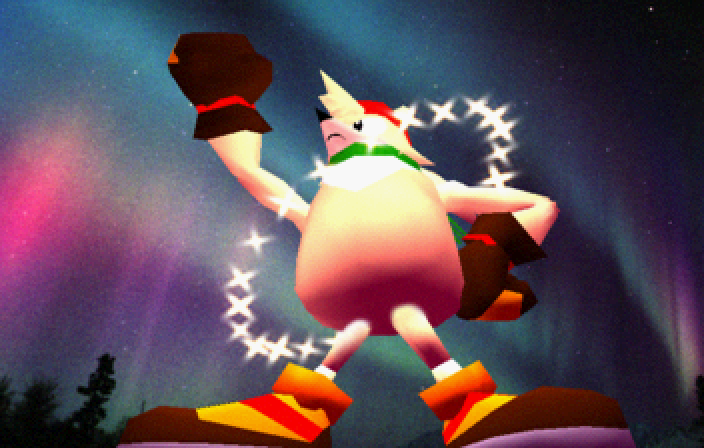 As we journey in our quest for forgotten Sonic characters, I have decided to choose one that is at least winter themed for this holiday season. This character comes from a game that had a few other obscure characters which we will explore in the future. But today, we explore Bark the Polar Bear. 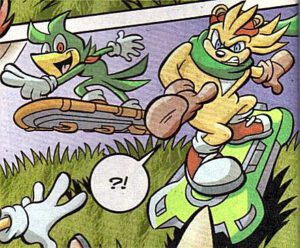 Bark first appeared in the arcade fighting game “Sonic the Fighters.” In this game, Bark was a snowboarder from North Island and had to guard one of the Chaos Emeralds from Dr. Robotnik. Robotnik, however, creates the Death Egg II and our heroes have to decide who should destroy it by settling it in a tournament. Bark participates in this tournament to wield all of the Chaos Emeralds and destroy the Death Egg II.

This, however, is Bark’s only main appearance. He has cameo’d in a few other games (as a wanted poster in Generations and an illusion by the Heavy Magician in Mania). Other than that, he has been completely absent in the Sonic games.

Unlike Tiara, however, Bark has been more prominent in the Archie comics. Unlike his game counterpart, he was a villain. He was part of a trio team called the Hooligans which consisted of Nack the Weasel, Bean the Dynamite, and, of course, Bark. We will talk about these other two later down the road. Bark has always been portrayed as a mute but strong character. In fact, he went head to head with Knuckles. Unlike the typical strength stereotypes *looks at Storm and Boom Knuckles*, Bark was not an idiot and would give advice to Nack.

So, will we see more of the polar bear soon? Hopefully, yes. Sonic Mania acknowledged the character’s existence so I hope the team gives the bear some love.

That’s all I have for this issue of “Who on Mobius is that?” If you want to discuss the character, feel free to do it in the Sonic Blast Forums right here: https://sonicblast.org/Thread-Bark-the-Polar-Bear-Character-Thread