Who on Mobius is Tiara Boobowski? 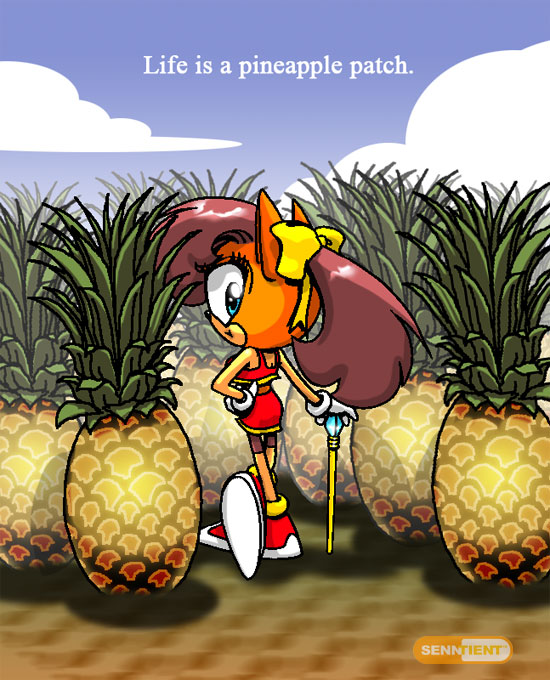 The franchise of Sonic is home to many characters. In fact, the characters are what this franchise is best known for with characters like Shadow, Blaze, the Chaotix, Knuckles, Tails, and, of course, Sonic the Hedgehog. While these characters share at least SOME of the spotlight, there are a few that have been forgotten by history and aren’t talked about much in the modern-day. Today, we will be looking at Tiara Boobowski and in order to learn more about her, we must look back to two canceled games: Sonic Mars and Sonic X-treme. 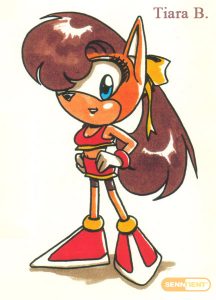 Tiara’s origins can be traced back to Sonic Mars, a game for the Sega 32x, an accessory for the Sega Genesis. The concept of Sonic Mars was created on May 17, 1994. The team wanted to create a 3D game that allowed you to play as Sonic, Sally, Bunnie Rabbot, and Tiara Cyberooski. The story of Sonic Mars is that Dr. Robotnik captured Sonic’s friends and trapped them in his VR world.

Despite getting the green light, there were issues. The lead designer, Michael Kosaka, left the company and the project was moved from the 32x to Sega’s next console, the Sega Saturn. The project was completely reworked and was renamed Sonic X-treme.

There were multiple storylines thought about this game in particular. The most popular is the one that had a Manx cat named Tiara Boobowski and her father Professor Gazebo Boobowski as guardians of the six Rings of Order. There were other storylines thrown into the ring such as Sonic Twist, SonicBOOM, and Sonic DOOM. In Sonic Twist, Tiara is a princess from a far-off land and Sonic is heading to her kingdom for a date.

In the SonicBOOM story, Robotnik is infected by a deadly virus and decides to trap Tiara to lure Sonic and get infected as well and has to gather the ingredients for the cure. This one reminds me a lot of Batman: Arkham City in which the Joker is infected by a disease and gives Batman some of his blood so he gets the disease as well.

In Sonic DOOM, Sonic has to fight the demons of- 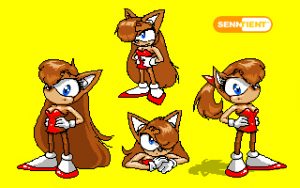 In Sonic DOOM, Robotnik accidentally cracks the Master Chaos Emerald which results in the Doom Virus being released. He sets the Master Emerald atop the kidnapped Tiara and Sonic saves her only to find out that he has contracted the virus. He must find Tiara’s father since he knows how to cure it.

This is all we really know about Tiara story-wise. Design-wise, she was first planned to be a bandicoot until they switched to a Manx Cat. She is also the first classic character to have colored eyes in this case being blue.

Even in the Archie Comics, she makes very few appearances. She only has shown up in cameos twice. One being her as part of the audience in Sally and Sonic’s breakup. In a Q&A in 2015, Ian Flynn was asked if he was allowed to use Tiara and unfortunately he couldn’t at the time but couldn’t provide any details as to why.

So will we see Tiara Boobowski? Probably not which is quite unfortunate because I think she has some potential. But what are your thoughts on the character? If you want to share your thoughts, feel free to do it in the character thread for the Manx Cat in the Sonic Blast Forums right here: https://sonicblast.org/Thread-Tiara-Boobowski-Character-Thread

This concludes this article of “Who on Mobius is that?” I will attempt to do more of these with other vague characters such as Honey the Cat, Bean the Dynamite, etc.