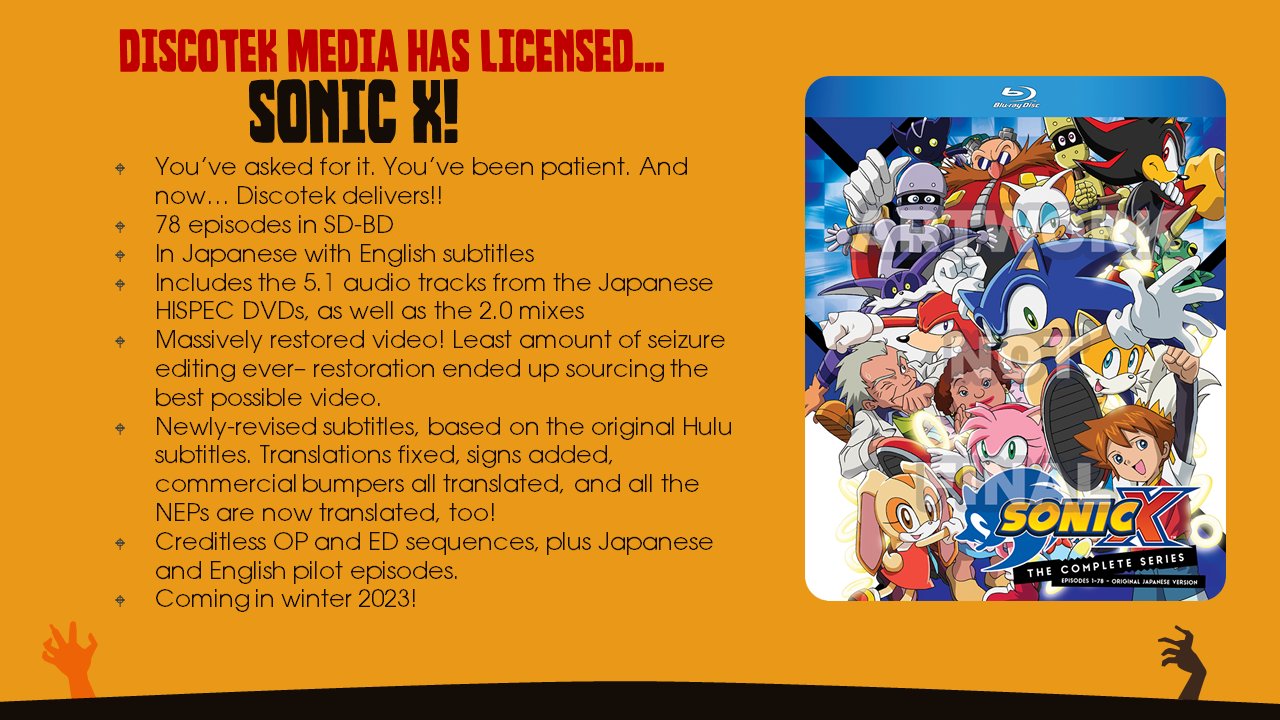 Discotek Media recently did a livestream with a plethora of new announcements, including this doozy of a surprise.

Planned for Winter 2023 is the complete series of Sonic X — specifically, the Japanese version of Sonic X. No 4Kids dub, no 4Kids edits. You can safely hear Sonic exclaim “Shit!” in the comfort of your own home.

This will be an “SD-BD” release, meaning the video won’t be in HD. Still, it seems a whole lot of work and editing is going into making this the best possible version of the show.

You can watch the VOD of the Discotek presentation here (Sonic X dropping at around 1h58m), or read through the lengthy Twitter breakdown. According to the Q&A, this will likely be the company’s last Sonic release for the foreseeable future. SatAM, Underground, and (sadly) the OVA are still pretty much off the table.

If you’re interested in the English version of Sonic X, Discotek’s 2019 Blu-ray release is still available. Their new Adventures of Sonic the Hedgehog release from last February is also available here. And for the SEGA fans, a Virtua Fighter anime complete set is due in January 2023.