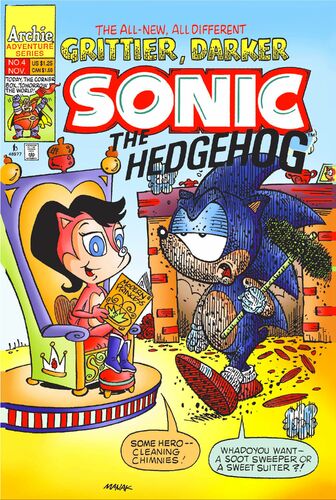 Sonic has been seen to transform into a variety of forms. Dark Sonic, Hyper Sonic, etc. But one of his most famous forms is his Super form. In the fourth issue of the Archie comics, we will be looking at the Super form’s first appearance in the comics. 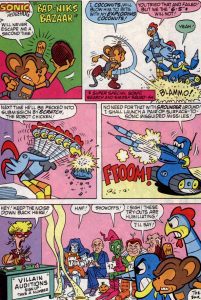 Our story begins with Robotnik receiving the latest of his batch of victims to roboticize…..a tiny salamander. But the evil doctor did not give up, quite the contrary. He decided to roboticize the tiny creature but his Buzz Bomber accidentally messes with the size control knob which makes the salamander turn into a giant robot monster becoming the Universalamander. The massive size overwhelms the robot and makes it go out of control which makes Robotnik flee.

Sonic and his fellow freedom fighters notice the wild beast and Sonic begins to fight the Universalamander only to be eaten by it very quickly. Fortunately, hedgehogs go well with dinosaurs as well as a chili dog does with a normal human being. The giant lizard burps the hedgehog out and he is free. In order for our hero to defeat it, he has to pull the big guns. He collects all seven emeralds and 50 rings to go to the special zone to transform into Super Sonic. Immediately afterward, we see Archie include a move that isn’t seen in any of the games if I recall correctly: the ability to jump through enemies. He runs to Boomer (Rotor) at incredibly high speed and asks if he can use a robo-machine they got from the previous issue (did I ever talk about that in the last retrospective? *looks back at the previous retrospective* Noooooope. Never mentioned it.). He grabs the enlarge/reduce component, shrinks the Universalamander, and destroys it with a single step.

After that story, there are a few funny bits with Antoine speaking poetry, HorizantAL and VertiCAL playing some baseball, the S.S.S.S.S. Squad at the Villain Audition room with villains like Dr. Doom and the Green Goblin, and Bunnie giving Saly a new hair look.

After these brief segments, we have Tails with his first solo adventure. While Sonic is napping, the two-tailed fox decides to attack Robotnik but on his way there he is confronted by badniks. He is able to take them out swiftly with his tails and flies off to Robotnik’s base. Unfortunately, he was captured by Swatbots who were skilled in the art of shadow puppets. As he was taken to be roboticized, the blue blur defeats the Swatbots and they flee. This concludes issue four of the Archie Sonic Comics.

At a Glance: Sonic the Hedgehog (Archie): Issue 4

Summary: Dr. Robotnik has accidentally unleashed the Universalamander. Will Sonic be able to stop this giant beast? Or will he become the robot’s next lunch? 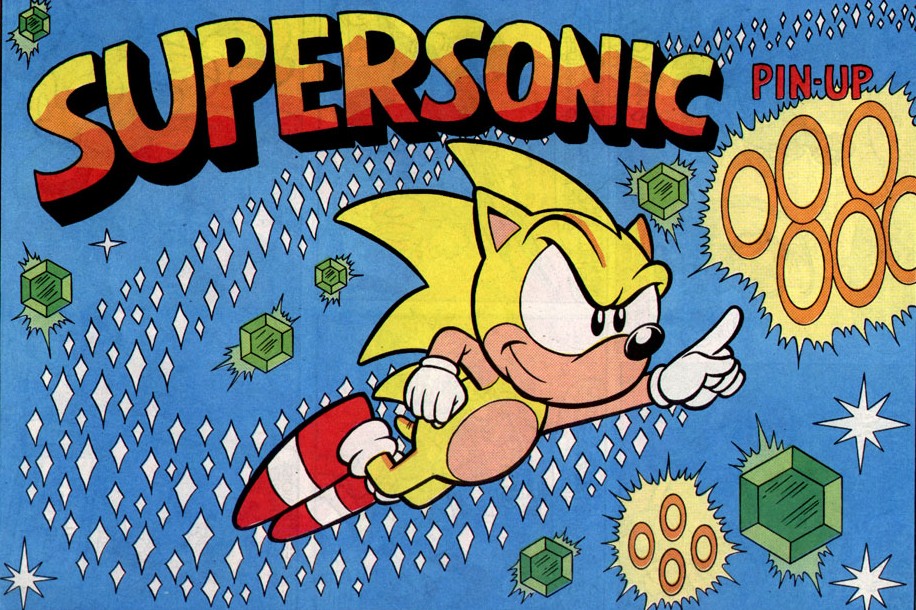