The episode begins with the show’s theme song, “Fastest Thing Alive” performed by Noisy Neighbors. This song is probably my favorite theme song out of the Sonic shows (second only to the Sonic Underground theme song).

We then see Sonic, Antoine, and Cat (probably the most uncreative name in this entire show) who is voiced by William Windom infiltrating one of Robotnik’s bases in Robotropolis. They then meet Sally Acorn who has hijacked one of the patrolling Swatbots. As Antoine and Cat keep a lookout for Swatbots, Sally, accompanied by Sonic, hacks into Robotnik’s computer to destroy his Stealthbots (Robotnik’s flying aircraft).

The show gives us our first look at Sally’s handheld computer with an AI named Nicole. As Nicole hacks the computer, Sonic grows impatient 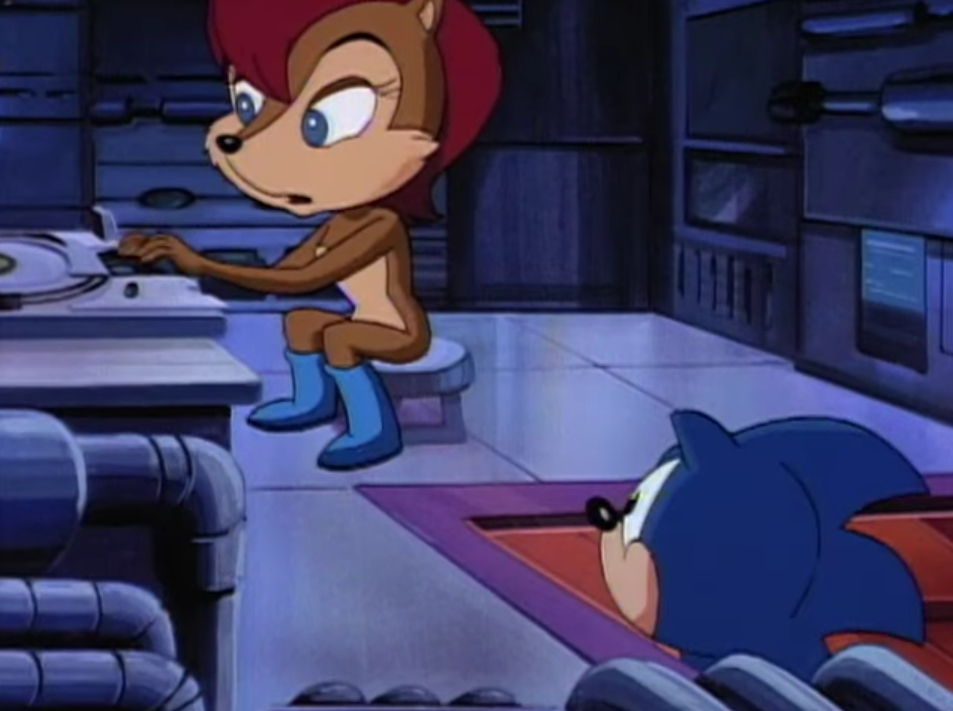 and anxious thanks to the patrolling Swatbots. Sally then uncovers a hidden message that simply has the word “Bean.” Could this be referring to the woodpecker we all know and love? Nope, this was a nickname Sally’s father gave her. She finds out that the message originated in the Dark Swamp.

While the princess and Sonic were hacking, Antoine accidentally gives away his location causing the Swatbots to attack. Sonic distracts the machines so Antoine, Cat, and Sally can escape.

Once Sonic meets up with the rest, they realize Cat is missing. After a bit of arguing, Sally and Antoine go to the Dark Swamp to find the princess’ father while Sonic goes back to Robotnik’s base to find Cat.

We then see Robotnik discussing the security of his base and demands the air ducts to be sealed off. Snively then reports the capture of the freedom fighter, Cat, and brings him to the doctor himself. Robotnik promises Cat freedom if he tells him the location of Knothole. Obviously, he refuses and is taken to his cell. Sonic finds him and Cat warns him that Robotnik knows that Sally is heading to the Dark Swamp. The robots find Sonic and Cat tells him to leave without him and so the blue blur leaves.

As Sally and Antoine (who has caught a cold) explore the dark swamp, they find Ironlock Prison, an abandoned structure that was left alone for 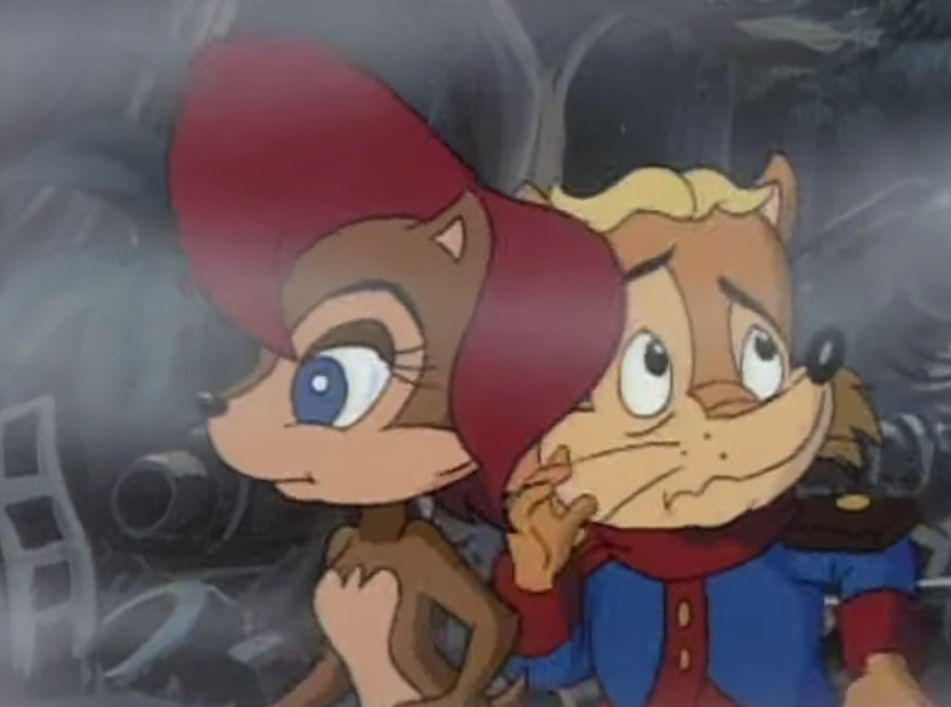 a century. One of Robotnik’s cameras spots Sonic following Sally and Antoine’s footprints and Snively launches the stealthbots. Sonic quickly dispatches the stealthbot and moves on. Sally and Antoine cross the unstable bridge which collapses under them. They manage to get to the other side and enter the prison. As the two explore the dark halls, they find a part of Sally’s father’s cloak. Once they find the cell her father was in, Sonic manages to catch up to them (much to Antoine’s surprise). A computer lies in the back of the cell and Sally hacks into it and finds a message left by her father. While the message wasn’t complete, it told Sally to check the Subter file. She then looks at the Subter file and finds maps of Robotropolis detailing hidden tunnels that even Sonic was not aware of.

Unfortunately, as Nicole was transferring the maps, a boobytrap triggers and they fall into the sewers. Then a giant, one-eyed monster appears ready to attack. Sally then grabs a power ring and hands it to Sonic who then slices through the creature. The monster ends up being robotic and they use the maps Nicole transferred to find their way into one of Robotnik’s bases. Sally hijacks the stealthbots which will self detonate when they are in use. Sonic then rushes back to Cat’s cell but he is nowhere to be found. Swatbots then locate Sonic and he flees. Robotnik then launches his stealthbots but they explode as they chase the blue blur. As Sonic, Sally, and Antoine look at the display of destruction the robots have met, and all Robotnik could do was watch and loath all the more.

And that is the end of episode 2 of SatAM. It really focused on Sonic, Sally, and Antoine. I wish we saw a bit more of Cat instead of losing him in the same episode we first see him. It is interesting how it is never mentioned what his fate was. He probably was roboticized but that’s only speculation. So what did you think of this episode? Comment below on your thoughts.

Summary: Join Sonic, Sally, and Antoine as they follow the traces of Sally Acorn’s father.