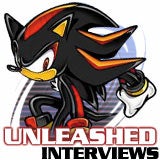 Dreamcast.ign.com have released 4 interviews. From SEGAs Hitmaker (Crazy Taxi), Smilebit (Jet Set Radio), Amusement Vision (Planet Harriers), and of course, Sonic Team's own Yuji Naka. Only a few questions were asked unfortunately, as they did not have enough time to give a full interview (it's not like we don't know all about whats coming out anyway) so enjoy. 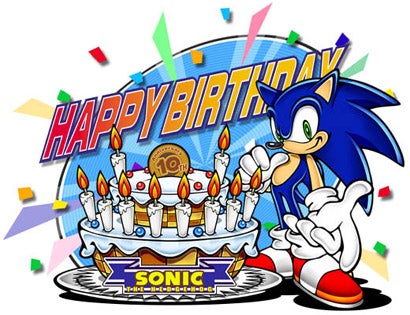 It's Sonic's tenth anniversary in Japan, and to celebrate, Sonic Team is holding a birthday party! The party is set to take place in Japan on June 23rd starting at 8:00 (in Osaka) and June 24th starting at 4:30 (in Tokyo). Those who attend will get to meet members of Sonic Team and socialize with fellow rabid fans and Sega of Japan PR reps.

Believe it or not, it's actually suggested that you bring a present for Sonic! Sonic Team does ask that you not bring anything too valuable, though. Those who attend will receive a special piece of Sonic merchandize which we presume will be sellable on Ebay for thousands and thousands of dollars fifty years from now.

We've heard that Sonic Team is hoping to hold similar events in America, although nothing has been confirmed at this point. Sega of America… how about it?

If you're in Japan, turn to this page for more details. 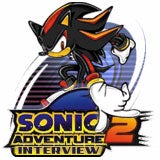 Although IGN had this interview on their IGN Insider, they have released the interview to the public! check it out.

IGNDC: Will there be online features for Sonic Adventure 2?

TI: Right now we're still in the planning stages of our online features, and while it hasn't been completed yet, basically the player will play the game and once they complete a stage or level, they'll receive a certain ranking. And through the Internet, they'll be able to upload their score and see how he ranks against other players on a worldwide basis.

Thanks Budls & Tristan for the pics

Everyones favorite blue hedgehog is back, facing down his old nemesis, Dr. Robotnik. This time Dr. Robotnik has a new surprise in store...

It seems that Dr. Robotnik has uncovered an abandoned military experiment, one that has yeilded what promises to be the ultimate weapon! He only has to force his way past the robot guards and unlock the weapon - a black hedgehog named Shadow, who can utilise the energy of the Chaos Emeralds to increase his speed to warp capabilities. Fighting alongside Robotnik and Shadow is a bat named Rouge. But just who is leading who in this motley group of villians remains to be seen...

Many questions remain to be answered: who is Maria, the girl who helped to raise Shadow from infancy? Where is the Professor, who designed Shadow to be the ultimate life form? What is Rouges ulterior motive?

The fate of the planet is in the hands of Sonic and his friends; will it be peace on Earth, or Earth in pieces?"

This page truly is something worth to look at. It shows so much more information than the Sonicteam page, all about the backgrounds of the characters (Rouge has a crush on Knuckles ;>) To the map screen which you select levels from. Also it shows:

Not much longer to go now, can't wait! The page also includes screensavers, wallpaper, a Timeline, a new large competition, and many other great things! Be careful though, it needs Flash, and it seems that this hates loading to the full. you may need to refresh it a few times.

Sonic Adventure 2 showcases Sonic and company like you've never seen them before. Sporting all-new animations and a higher polygon count, Soinc Adventure 2 taps into the hardware muscle of the Dreamcast system like nothing before it. Fast and smooth, Sonic Adventure serves up a heaping helping of Dreamcast goodness.

* Play as either the heroes to save the world of the villains to conquer it.
* More than 30 unique missions across 5 visually stunning zones (desert, canyon, island, city, outer space). Explore a forgotten pyramid, an abanoned military base, and a giant space station.
* New scoring system rates your performance in each level. In Stage Select mode, you'll play each mission with five different objectives--see if you can get 'A' ratings on all of them.
* Chao, Chao, and more Chao! Your favorite cuddly critters from the original Sonic Adventure are back, and better than ever. Raise them right, and they could be champions. Collect the whole set, or trade them with your friends.

SA2 Chao Garden! Tails and Eggman out of their cockpits!

The Chao Gardens have been revealed at the SonicTeam webpage, in Engrish! Now thats some fast updat'n. :)

Chao are back and better than ever!
Now's your chance to raise your very own hero or dark Chao. Imagine your Chao taking on hero traits as they hang out with Sonic, Tails or Knuckles. Better yet, how about raising you Chao to be a little "rascal" being with the likes of Shadow, Dr. Eggman or Rouge. This is all possible with the new breed of Chao in Sonic Adventure 2. Chao are now directly affected by which game characters interact with them, and over time, their personality and appearance will change. Also, your Chao's personality is affected by how you interact with them...bully your Chao and he might just turn out to become a little rascal...

Welcome to Chao garden that will be your first stop when you acquire the "Chao key" in the action stage. Here you will find Chao eggs, which you have to hatch and then raise. Let's have some fun raising Chao!

Welcome to the most heavenly garden of them all... which opens when you do something very special!

Welcome to the garden filled with darkness and chaos! How did we get here?

There are also pictures of the Chao Races. But these Hero/Dark Chao rooms show that Tails and Robotnik Actually get outside of their vehicles! Hazzahs are in order, lets hope some normal levels are like this. But what could Eggman do? Find an toaster and toast? "I've made toast! Delicious!" :)

First picture of Amy in SA2!

Earlier this month, it was mentioned that Amy IS in Sonic Adventure 2, and is a big part of the plot, but is not a playable character. In the latest Electronics Gaming Monthly magazine, the first picture of Amy has been shown.

A new Sonic Dreamcast Bundle is now avaliable across the county. A must for a Sonic fan, who doesn't have a Dreamcast yet.

At $119.00 US dollars, its pretty cheap. That Blue VMU also seems to be that special edition Sonicteam one.

Sega Europe have announced that the Limited Edition Birthday Box version of Sonic Adventure 2 is heading to PAL territory.

Sonic Adventure 2 is released on the prickly one's tenth birthday on June 23, and there will a strictly limited version of the game available exclusively from our online store. The Sonic Adventure 2 folder contains a copy of the fantastic new game, a 23-track CD of music from Sonic's history, a commemorative gold coin and a booklet covering the 10-year history of Sonic and his friends, all presented in a deluxe blue package.

As there will only be 200 copies of this promotional item released it will become an instant collector's classic, so you'll have to be faster than Sonic to get hold of one. The limited edition of Sonic Adventure 2 goes on sale from midnight on June 23 for a mere ?29.99, and remember, it's only available in our online store.

SonicTeam.com have just updated with a array of new pictures, of new levels, and new bosses!

SONIC, Metal Harbour: You are Sonic,? imprisoned with false crime. The prison facility "prison island " empty their troop as it escapes. Here metal harbor is the marine military establishments which were made making use of the shoal of the prison island.

KNUCKLES, Pumpkin Hill: Breaking searching the fragment of the master emerald which scatters, to mountain zone the .......... which is done. When perceives, as for there, the mountains of the weird pumpkin line up, it was strange mine zone...

MILES "TAILS" PROWER, Mission Street: Sonic, which becomes the wanted person from the troop and the police. In order to shake off the chaser of the troop who is chased obstinately, the night it forces breaks throughout the city in the cyclone!

DR. ROBOTNIK/EGGMAN, Sand Ocean: In order to return to the secret base of the egg man who is hidden in desert zone, it pierces the encirclement of the troop and tears. It jumps over foothold, using the dynamite, it levels the stone pillar of several dozen meter thing heights, that keeps crossing the sea of the quicksand the bridge substituting.

Stage of the rouge which appears in the story first half. Chasing after the egg man, the rouge which it disappears to the secret base of the egg man. But, in order to advance to the inner part of the base, the key of three To handbills must be gathered, it seems....

O_O! WOW! Not only that, but they have new picture of 2 new boss fights! Shadow Vs. Sonic (Sonic Game), and Dr. Robotnik Vs. Tails (Eggman Game)

More picture and More Info can be found at this address, for the Japanese version of the Sonicteam site (They take about 2 weeks to update the English website), and since E-lingo now hates us all, we'll have to use the Babblefish Translation. Not the best, but you can make some words out :)

You may of missed it, but IGN have given the public this new Sonic Adventure 2 movie. This does show new levels, including what seems to be a ship with planes, played as Sonic, and Tails in Radical highway, a level only seen before through the eyes of Shadow. Also, it shows Rouge looking for something besides Emerald Shards, Eggman Keys!