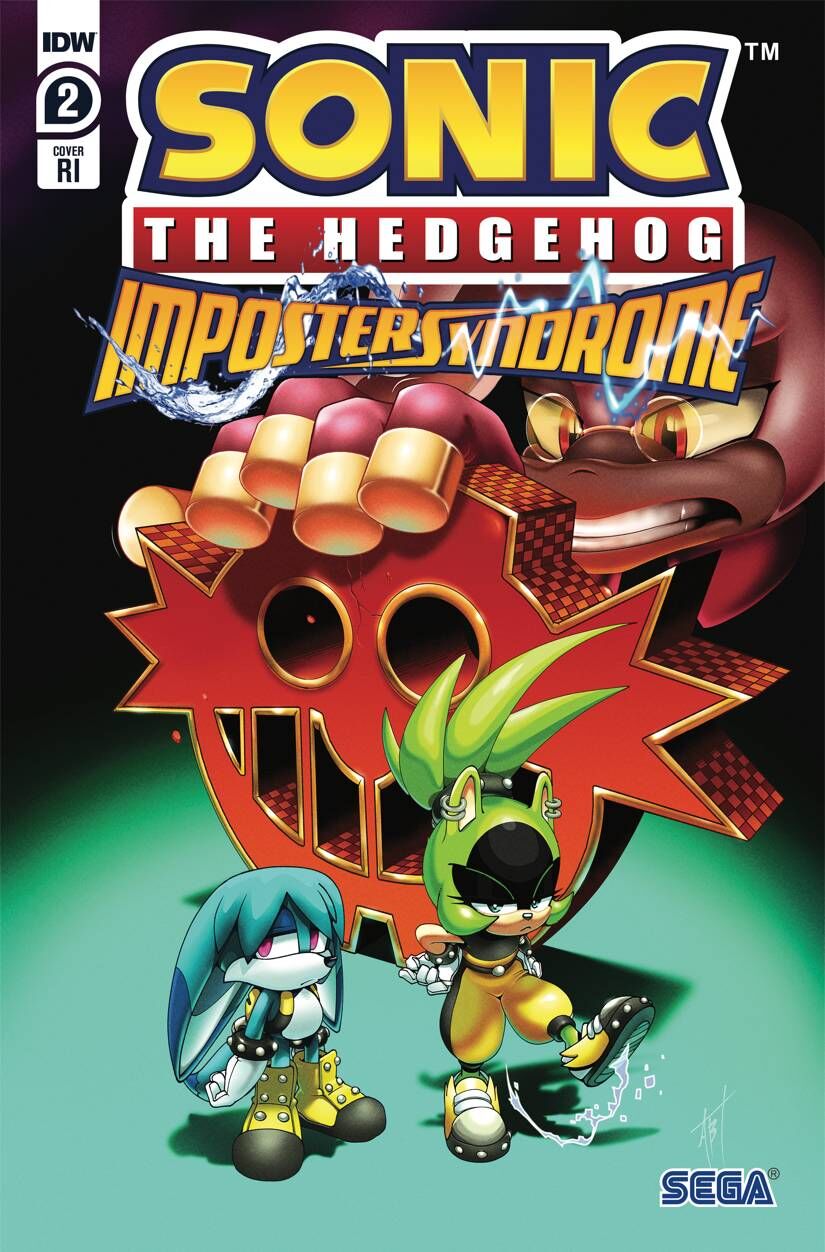 Dr. Starline has logged another video at Starline Base Sigma. He talks about how he has tested Surge and Kit as best as he can. They now approach the final check before intiating Operation: Remaster. He says that they must be extremely careful as if this fails, there will be no second chances. Previously, Starline had used an override algorithm at Dr. Eggman's Eggnet hub to take command of his forces; however, it relied on the network's permissions to exploit backdoors into the Eggnet. For his endgame, Starline states that he must be able to overpower all of Eggman's control directly. He mentions how Egg Base Alpha will be his target for his final test. At Egg Base Alpha, Surge catches Starline staring at the compound and jokes that he looks like he is about to pop a blood vessel. The doctor turns to Kit for a map, which the fennec constructs with his Hydro Pack. Starline tells the pair that they will enter on the south end; he will infiltrate the western control tower and upload the command program. Surge is tasked with escorting Kit to the eastern comms tower to ensure no alerts are broadcast to the Eggnet. When Kit questions the north tower, Starline explains that it is a wi-fi tower exclusive for gaming and describes Eggman's ping to be immaculate. Surge does not like the idea of having to babysit Kit, with the fennec even agreeing as she is the hero and she should have the important jobs. While Surge dismisses him, Starline "reminds" her that it was what she wanted in the first place. The tenrec struggles to remember this. Regardless, the trio infiltrate the base and separate at a crossroad. Once Kit spots a trio of Antons, he advises Surge that they should take a detour. Surge instead takes out the Badniks by herself much to Kit's protests. Kit reminds Surge that they are not supposed to raise any alarms, to which the tenrec claims they cannot do anything if they are destroyed. Once the fennec tries to bring up Starline's orders, Surge states that he is not the boss of her and is simply tech support and the "idea guy", which to her are a "dime a dozen". She then tells Kit that she does things in her own way, while Kit should follow her and everything will work. She then wishes to move onto the tower, which Kit follows her to.

Elsewhere, Starline uses a short range device on an Egg Pawn to implement his override algorithm. As he wanders inside a hub, he spots Eggman's Egg Cave down the hall. The doctor decides to take a detour into the room as he is ahead of schedule. Surge and Kit find the control tower. Kit tells Surge that disabling the the outgoing communications will take a few minutes, but she suggests taking it down by herself within seconds. Kit tells her not to as this will alert Eggman to them immediately. Surge argues that she will take care of Eggman but Kit refuses to go against the plan. The pair are soon met by the giant Egg Breaker. Seeing a new challenge, Surge tasks Kit with taking care of the tower while she provided cover. The tenrec narrowly dodges an attack from the Egg Breaker's spike hand and runs to draw its attention away from Kit. The robot easily catches up to Surge by jumping into the air and landing in front of her. She continues to narrowly dodge the robot's attacks and tells herself to get it together as Sonic would be running rings around it. Claiming to be better than him, Surge runs right up to the Egg Breaker and launches a Spin Attack right at its face.

Kit manages to disable the communications and hurries to make it back to Surge. The fennec is busy launching several Spin Attacks at the Egg Breaker, who is deflecting them with its hand. Eventually, Surge manages to squeeze straight past its hand, wrecking it, and allowing her to attack its abdomen. While she taunts it, Kit returns to help; however, Surge does not want his help as she believes she is handling it well on her own. While she is distracted, the Egg Breaker launches its spike hand right at Surge, which apparently crushes her into a wall, much to Kit's horror. Meanwhile, Starline examines the Egg Cave, recalling the first time Eggman gave him a tour of it. He remembers it a as a time of when he was still enamored with the spectacle of Eggman's genius. Upon seeing his Zombot figure once again, he knocks over Eggman's figure of himself and reminds himself of how the veil has been lifted from his eyes; he now plots to supplant Eggman and prove that his methods are superior. Starline believes that once Eggman has seen the error of his ways, he can come back to his side and they can rule the world together.

Back outside, an enraged Kit orders the Egg Breaker to stay away from Surge. After using his Hydro Pack's hydro-coil tails to lift up the spike ball hand and throw it back at the robot, Kit roots through the debris looking for Surge, only to find that she was barely harmed by the attack at all. Putting the discussion on hold, Surge dashes into the Egg Breaker's torso and takes it out from the inside. She then repeatedly stomps on one of the robot's parts, stating that it was what happens when one messes with the best. Kit turns Surge's attention to them being surrounded by a horde of Antons. As the duo prepare to take care of the Badniks, they instead start clapping for them. They express confusion over this, only to hear Starline on the base's intercom congratulating them on completing their mission. He tells them that the base and all of the Badniks now serve him and requests that the pair join him in the control room.

Soon, Surge and Kit meet Starline in the control room, greeted by welcoming Egg Pawns. Starline praises everyone, as his override algorithm worked perfectly and no alarms were set off. The doctor happily mentions that they can begin his master plan. He notices Surge's damaged clothes and asks what happened. Kit begins to tear up and tries to tell him what happened, only for Surge to interrupt claiming that she was a little careless. However, Kit was helpful to her so it worked out. When Starline asks for assurance, Surge instead gives him a noogie, calling him a killjoy and asks him to enjoy the victory. With this, Starline says that he will oversee clean-up so that Eggman does not find evidence of their actions before they make their move. He dismisses them and the pair walk off. Kit still tries to provide their newly discovered information, which Surge does not permit until they are alone in an enclosed room. Kit states that the Egg Breaker's attack should have killed her and says that they should tell Starline so that they can make sure that she is okay. Surge refuses, as even though he was the one who enhanced them, they do not know what else he did to achieve this. Realizing that there was a lot of information that was not adding up for the both of them, Surge states that she knows Starline is behind all of it. To sort out this issue, the tenrec asks Kit to help, which he eagerly accepts. Surge plans to find Starline's records, discover what he did to them, and then make him pay for it.