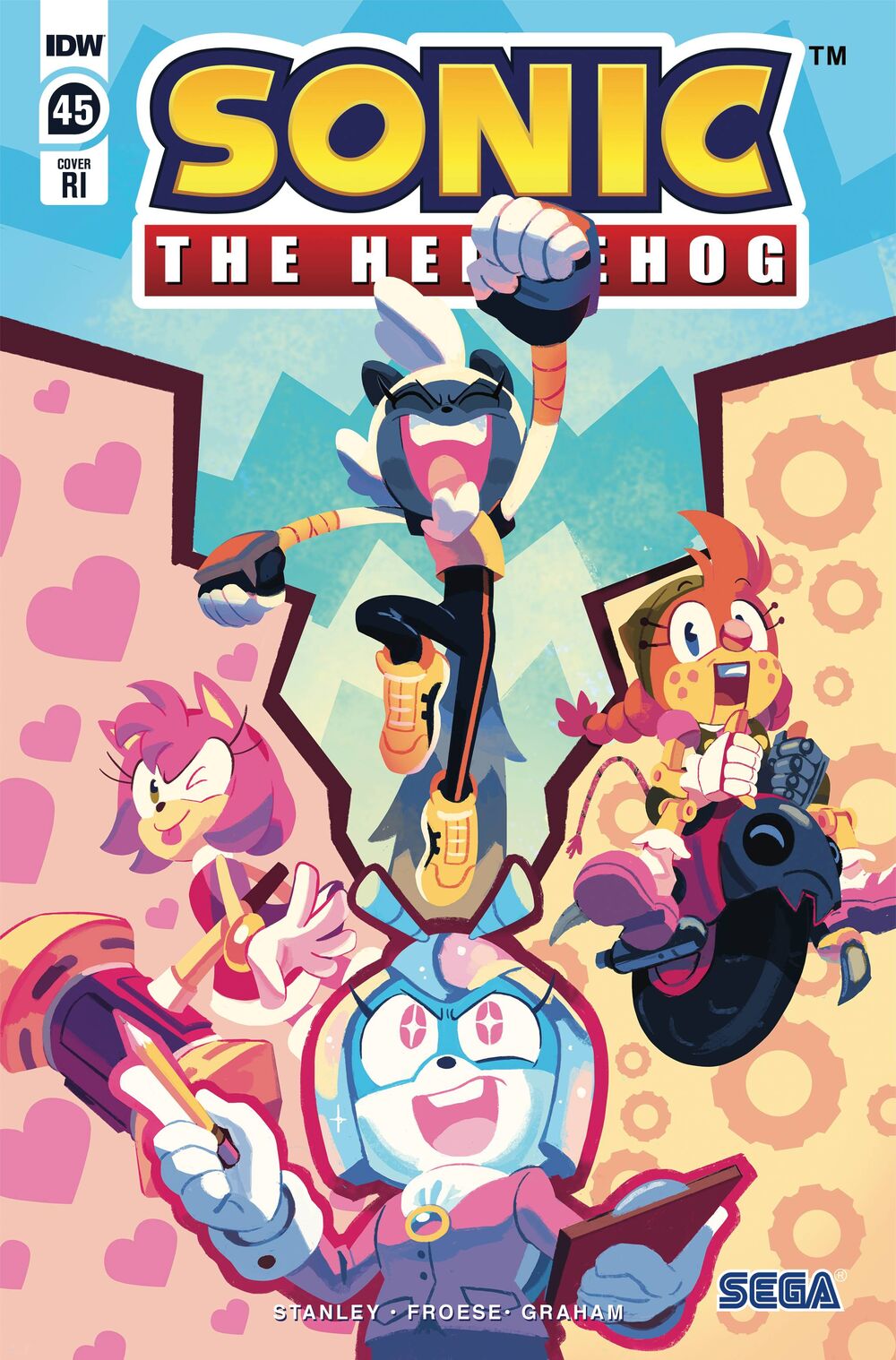 Tangle, Belle, Ashe, and their accompanying Motobug find themselves in the ravine struggling to get onto a log while Red Hot helplessly looks on. Tangle manages to clamber on and has Belle grab her tail. She then struggles to pull the others onto the log, resulting in her spinning rapidly around it and getting coiled with her tail on the log. This manages to pull the others close to the log; as Belle finds relief, Tangle states that she wishes to do it again but is denied by the helper robot. As the group continue their way through the river, they approach some boulders and Tangle notes that the ride will soon get bumpy. Once Belle adds that they may get "splintered", Ashe and Red Hot begin to cry. Belle quickly notices this and encourages the duo by asking them to be brave with her, promising that no one will get hurt. On their journey, Tangle finds herself enjoying the ride. When questioned about this, she tells Belle that she has wanted to be an adventurer for a long time and this kind of situation was exactly what she loved. Belle tells her that believing in herself like that does not come easily to everyone and calls her lucky. The group soon approach a steep drop and fall into the mouth of the river.

Nearby, Amy and other volunteers are collecting water from the mouth of the river. Once the hedgehog notices her friends, she asks a volunteer to cover for her and calls Jewel over. Tangle is helped out of the water by Jewel, with the former helping out the others via her tail. Ashe's dad reuintes with him and Red Hot, with the ranger very thankful to Tangle and Belle for keeping his son safe; Belle accepts this praise, telling him that it is just what she does. Tangle is glad to see the campground still maintained, though Jewel notes that the firebreak will not hold for long. She is sidetracked when she is startled upon noticing the Motobug; Tangle and Belle defend it, saying that they believe it is defective and helped them get out of the woods. Moving on from this, Jewel informs the girls that it was only a matter of time until the fire reaches the main campground and believes that they should finish their attempts at slowing down the fire and just evacuate. Amy apologizes for dragging everyone along on the camping trip, saying that she does not blame anyone for wanting to leave, but believes that if there was any other way to fight the fire then they should try it. Belle and Tangle tell Amy that she was not at fault for this, with Tangle adding that she is actually having fun.

Jewel suddenly comes up with a plan, which grabs the attention of the others. She says that she is not sure it would work as it is risky and would take all of them to tackle the problem. Determined as ever, Amy states that they can tackle anything if they worked together. With this, Amy, Tangle, and Jewel put their hands together but this confused Belle; once the hedgehog let her know that this was something people do when part of a team and she was indeed including the helper robot, she put her hand in as well and raised it with everyone else. Jewel tells Tangle and Amy that she needs them to dam the river. The beetle then gets Belle to come with her as she rides on the Motobug. Jewel tells the campers to head back to the park gate to prepare for evacuation. Near the beginning of the mouth of the river, Tangle pulls a tree with her tail and Amy helps lodge it out of the ground with her hammer. The water then begins to travel down a trough that some of the campers were digging up. Jewel finds some campers still there as the water approaches and tells them to hurry away from there. Unfortunately, one gets caught in the water but they are rescued by Belle and the Motobug zooming by. Flying overhead and witnessing the new progression of the river, Jewel asks for the dam to be broken. This confuses Tangle but Amy nonetheless complies and destroys the tree with her hammer, allowing the water to flow again, but there may be some new whitewater.

Belle confirms that everyone is back at the gate and Amy asks for an update. Jewel says that, based on their actions, the water soaking the ground will stop the fire from spreading through the undergrowth and the trees in the camp are far enough apart to prevent spread through the canopy; with this, Jewel hopes that the campground will be enough to stop the fire from spreading further down the valley. The girls congratulate Jewel on her victory, only for the beetle to correct them on that it was their victory. She continues saying that there was no way for her to have organized everything without Amy's help, but the hedgehog claims that she just needed a little encouragement. Belle bashfully adds that she did not think she would be able to help, only for Amy to tell her to never underestimate what she can do if she just believes in herself. Abruptly, Tangle tells Jewel that she is quitting the Restoration. This shocks everyone and Tangle quickly realizes her brashness. She tries to clarify but Jewel stops her saying that it was okay. The beetle knew that the group was stifling her but Tangle stayed for her and she let her do it because she was not brave enough to do it alone. She continues, adding that what the Restoration is currently doing is not for everyone and the world needs people like Tangle as well; even if she does go her own way, it is okay to Jewel, notes that she will be okay and tells her that no matter what, she is proud of her. The pair hug and Tangle thanks Jewel.

Later at Tails' workshop, the fox helps repair Belle's right hand. With that taken care of, Tails plans to next look at the defective Motobug. He notes that though some other of Dr. Eggman's robots have defected before, they have all been more advanced models. Belle asks if this could be done for other Badniks, which Tails confirms he would like to find out. Outside, Tangle recounts her adventure with Belle to Sonic and Amy. Sonic is disappointed that he missed all of this, but when Amy asks if he wanted to be dunked into the river, he sees her point. The blue blur then asks what Tangle is going to do now that she is doing her own thing. The lemur says that she plans to find Whisper, as a while back the wolf did ask her to travel with her; Tangle knows that she is now ready. She adds that she may have been a little hasty when she did quit the Restoration, but after talking it over with Jewel, they are going to try something new. Sonic tells Tangle to let him know if they get into anything fun, which the lemur states that she will do. The hedgehogs then wave goodbye to Tangle as she rides off on her bike. Amy expresses her gladness over everything working out in the end, and Sonic adds that sometimes change is "just what the doctor ordered." Amy jokingly refuses to know any more about any doctors, not wanting Sonic to jinx them, only for Sonic to jokingly retort that he thought she would be raring to go after her vacation. The pink hedgehog says that she gives up, officially believing a break is not in the cards for her, but adds that she is glad that the girls were there to help as things could have gotten really bad; Amy also hopes that the fire was just a fluke, not noticing Sonic's expression of concern.

Back at the campground, the park ranger shifts around the burned down forest and comes across a burning tree with clear footoprints around it. The ranger calls in firewatch, stating that the forest fire was no accident. Elsewhere, the Chaotix are in their office on standby while Vector reads up on some strange attack in a city.