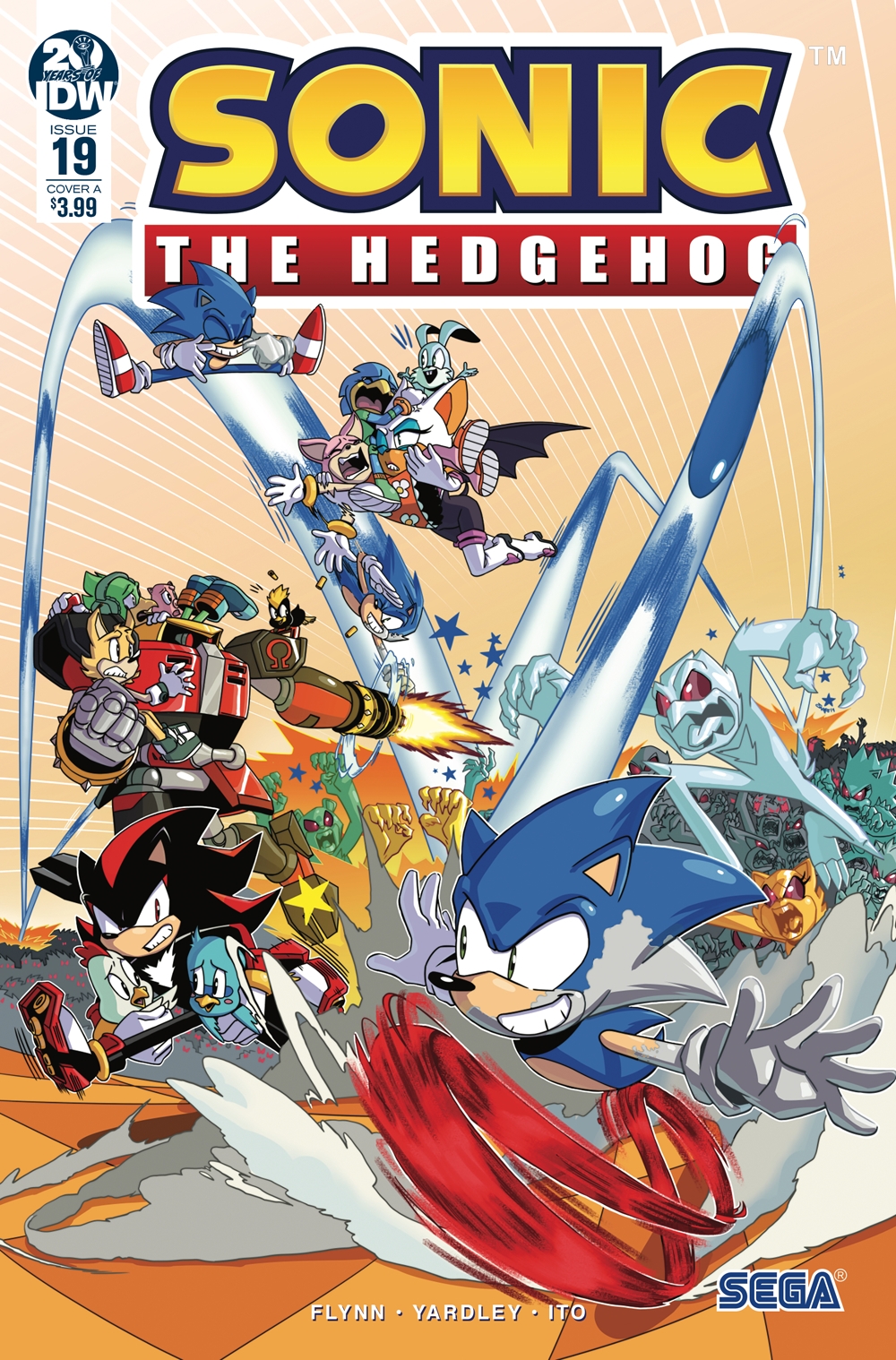 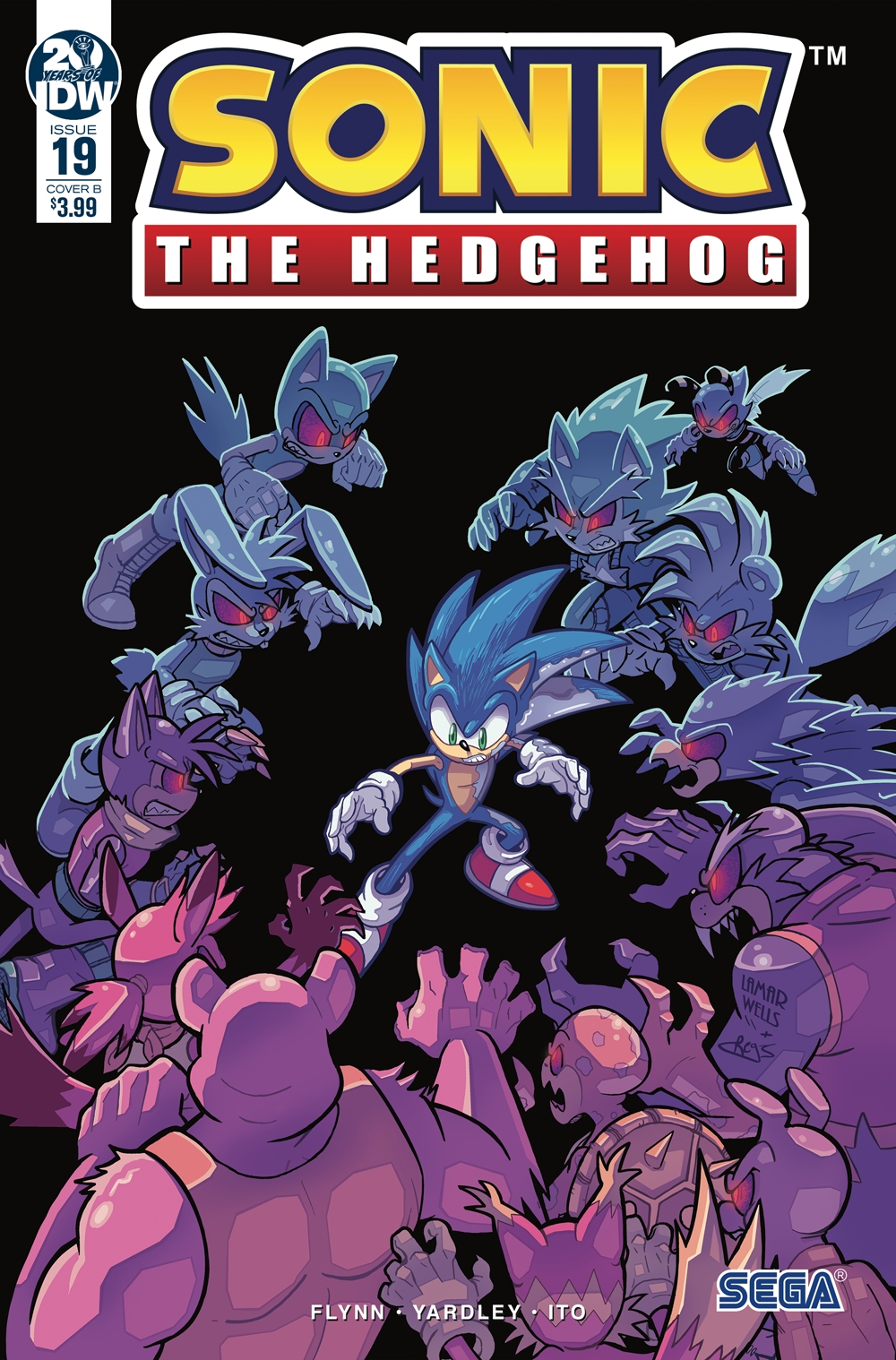 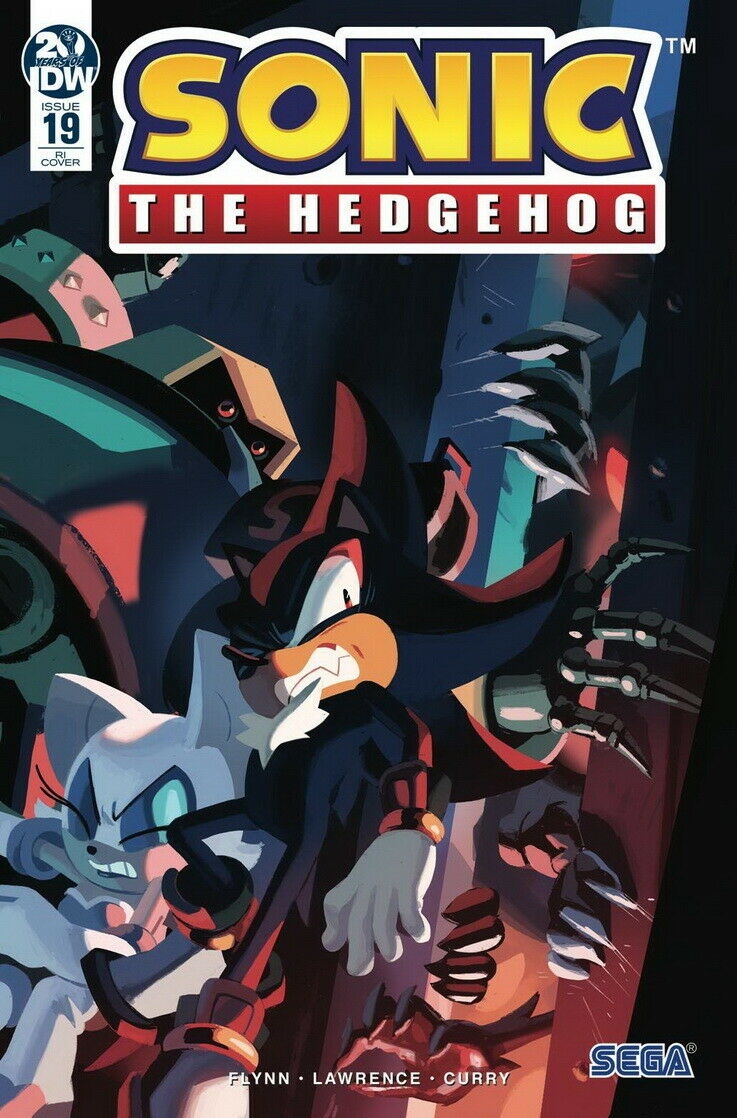 Eggman's reign of terror continues! Sonic races to help Team Dark rescue civilians from a major city, but his own metal virus infection is getting worse! Outnumbered, how long can Sonic outrun the inevitable? And who else will fall? A major cornerstone of the metal virus saga! One of Sonic's most powerful allies falls victim to the disease, but who?

In the past, Sunset City used to be a major merchant hub with several jewel markets. This ceased to be the case in the midst of the Eggman War as Dr. Eggman had his Badnik Horde wreak havoc in the city. Some time after Eggman was defeated, the Restoration helped with reparations for the city. This did not last long as Eggman returned with his new Metal Virus substance and used it to infect several citizens of Sunset City, worsening the city's fate. After being contacted by Rouge to help aid the city, Sonic arrives on the scene of Sunset City's Zombot outbreak. He Spin Attacks several of them and begins to call out for civilians in need. Sonic soon finds himself surrounded by several Zombots but knocks them back with a spin kick. The hedgehog does not like the fact that Zombots keep grabbing onto him when fighting them already spreads the infection faster. Sonic is soon called by a civilian from a nearby building as he and many others were trapped in the building as a horde of Zombots blocked the door. Sonic prepares to hit the Zombots out of the way but is forced to quickly dart out of the way as bullets suddenly fly at the Metal Virus victims. E-123 Omega appears before Sonic, stating that heavier ordinance may be required in order to eliminate Eggman's resilient robots. Sonic protests that he should not do this as the Zombots are not regular Badniks but instead innocent people forcibly transformed by the Metal Virus. Omega ignores Sonic due to the Zombots' nature and origin being irrelevant to him; the only thing that matters to him is that they are robots created by Eggman. Sonic leaves Omega be as the Zombots themselves were durable enough to handle Omega's artillery.

Rouge flies overhead and asks Sonic to guide the citizens to the Grand Gold Flicky Hotel where they are organizing survivors. Sonic does so and is asked by one citizen if they should thank Omega for his help. Sonic assures him that Omega is not the type of person who needs it. With this, Sonic begins to knock several Zombots out of the way to clear a path to the hotel. He arrives at the front of the hotel where the city's defense force are using Burst Wispons against incoming Zombots. Rouge gives the order to one of the officers to gather several other officers to guard the rear as she spotted another wave coming in from the east. She then turns to Sonic and thanks him for his help. Sonic tells Rouge that his infection is still currently manageable and Eggman has begun to lose control over the Zombots. This annoys Rouge as she did find the assault sloppy anyway. Sonic asks where Shadow is and Rouge responds that he is picking up a transport for the survivors. The duo soon hear a cry for help from uninfected villagers trying to get inside the barricade. Sonic nearly reaches for the villager in front, only to remember that he is infected. He instead creates a vortex to knock the incoming Zombots back. He tells the defense force that more Zombots were coming and not following any sort of plan. Sonic then picks up two Zombots and takes them away from the hotel, not wanting to lose any more friends to the Metal Virus.

Sonic meets back up with Omega, who is keeping back another wave of Zombots as the infected were closing in from both directions. Sonic sees the second wave and asks Omega to hold his existing line. Before Sonic does anything, he witnesses several Zombots being rammed into from an object on the bridge, east of the hotel. It is revealed to be a military truck that was being driven by Shadow. Sonic tries to joke with Shadow but the latter does not humor him. He reminds Sonic that if he destroyed Eggman like he intended, the Metal Virus would not be a problem for them right now. Sonic blames Dr. Starline for reverting Eggman back to his evil ways but Shadow passes this off as a poor excuse. He even believes that Sonic deserves to be infected. Though he finds frustration with Shadow, Sonic runs off to clear his infection and tells Shadow that he would be able to run the Metal Virus off as well should he get infected. Shadow tells Omega to safeguard the truck while Rouge oversees the evacuation of the uninfected. Omega accepts this as it would bring him more targets. The robot asks Shadow what he will do in the meantime and he responds that he will destroy Eggman's army. Rouge and the defense force help guide the uninfected citizens into the truck as Omega continues to fire at a wave of Zombots. Rouge oversees Shadow's fighting, believing he is being reckless.

Shadow dives right into the Zombot horde, believing that as the Ultimate Lifeform, he won't be infected. Meanwhile, Sonic has run to the outskirts of Sunset City. He finds himself to be growing weary after so much running. As he looks back to the city, he thinks of his friends who have already been infected and wonders how many more could be around the world. Shaking off this thought, Sonic begins to run back to the city. He still believes he did the right thing in giving "Mr. Tinker" a second chance and decides that it's not the right time to think about it. Back in the city, Shadow continues to fight back the Zombots. While he appears to resist the Metal Virus for several blows, it doesn't last and he discovers the Metal Virus forming on his left hand. As he reels in disbelief, Rouge tells him to run as she and the others will control the situation. Mistaking Rouge's advice as a call to retreat, Shadow continues to fight the Zombots, but his infection worsens with every Zombot he hits. Rouge quickly turns to Omega and asks him to give Shadow cover fire, but Omega is also fighting off the hordes. The Zombots manage to drag Shadow under with sheer numbers,

Sonic returns to aid Team Dark; when Rouge tells him to handle Shadow, Sonic scoffs, believing she would be the only one Shadow would listen to. He soon understands Rouge's point when he is pinned against the truck, begrudgingly wanting to say "I told you so" as he beholds Shadow - the latest addition to the Zombot ranks.