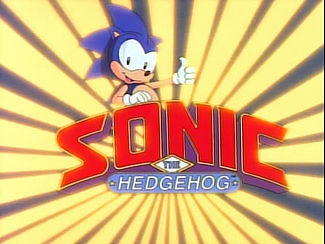 On Sept. 6, 1993, the first episode of “The Adventures of Sonic the Hedgehog” aired. The show had a comedic and light-hearted tone to it. Sonic and Tails would protect Mobius from the evil Dr. Robotnik.

Twelve days later, “Sonic the Hedgehog” started airing as well. The show took a different direction from its comedic sibling. This had a darker tone where Sonic and the Knothole Freedom Fighters battle Dr. Robotnik who has conquered most of Mobius and robotized the public. The Archie Comics took inspiration from this show for their Sonic comics. The characters of this show also appeared in the bonus levels of Sonic Spinball. While a third season was planned, ABC canceled the show due to its low ratings.

In this article, we will be looking at the first episode of SatAM: “Heads or Tails.” Despite this being aired as the 13th episode in the series, this was also the pilot episode for the show which is why we are gonna start here.

The episode begins with the devastation Dr. Robotnik has caused on the planet Mobius. Buildings fuming with gas and robots around the city. We then see the doctor himself voiced by Jim Cummings caressing his robot bird named Cluck voiced by Frank Welker. Once he reaches his base, we get our first look at his nephew, Snively who is voiced by Charlie Adler. Once Snively greets his uncle, Robotnik commands him to shut up indicating how little he cares for his nephew. In fact, the robots care very little of Snively as well and pull pranks on him like closing the door right in front of him (who knew they had a sense of humor).

As Robotnik asks his nephew if he has detected Sonic, Snively shows footage of our first look at Tails who is picking flowers for Princess Sally. Robotnik decides to capture Tails (voiced by Bradley Pierce) to get Sonic’s attention. A buzz bomber, a wasp-like badnik, locates the fox and the 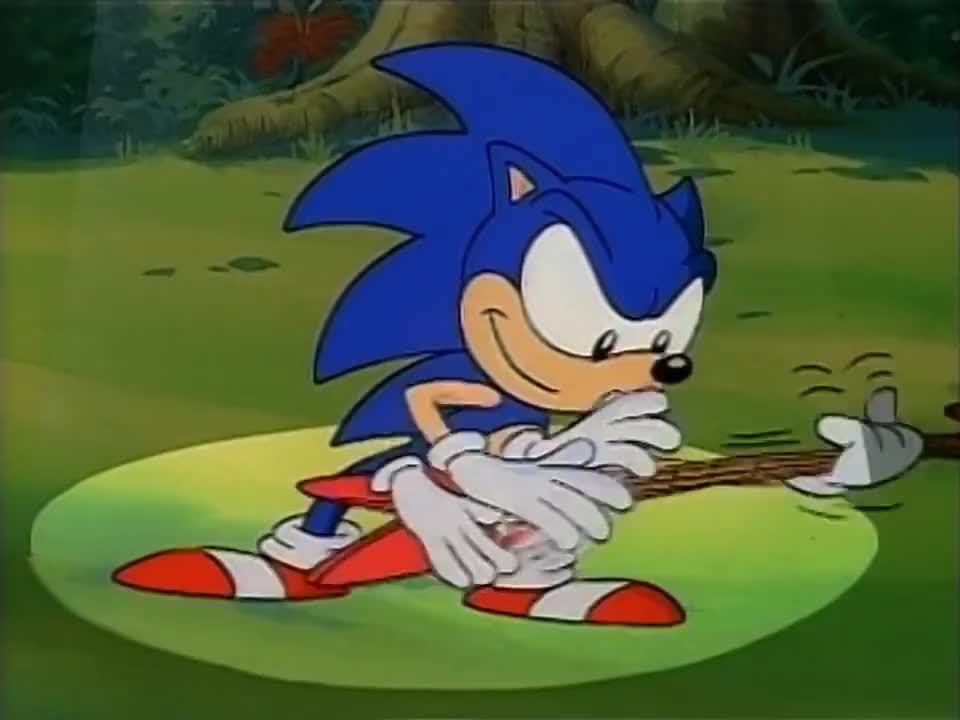 The episode then moves to Rotor (voiced by Mark Ballou) searching for his lunch in his backpack. As he is eating a fish, Sonic makes a stunning entrance with a rock guitar that is “way past cool.” However, Rotor says that the princess won’t like the entrance because it’s “too hard rock” and it needs to be softer. Sonic is a bit frustrated saying that softer is for pillows and ice cream.

The two then realize that Tails is being chased by a badnik. Sonic quickly disposes of the robot which brings Robotnik to a rage. Robotnik then threatens them through a robot but the team ignores it.

As the crew are “scootin’ and rootin’” (aka going really fast), they reach the Knothole village where the rest of the Freedom Fighters are making catapults. This part introduces a few more characters to this show: a coyote named Antoine Depardieu voiced by Rob Paulsen, a half-bunny half-robot named Bunnie Rabbot voiced by Christine Cavanaugh, and a squirrel princess named Sally Acorn voiced by Kath Soucie.

Rotor and Sally realize that they need metal cotter pins in order for the catapults to operate properly so the princess asks Sonic to grab some from the Robotropolis, a city full of badniks. Before Sonic heads to the city however, he gets a power ring, an invention made by Uncle Chuck, which helps Sonic to destroy badniks.

As Sonic and Tails sneak into Robotropolis, swatbots are everywhere patrolling the city. Tails blows their cover due to a sudden urge to sneeze. 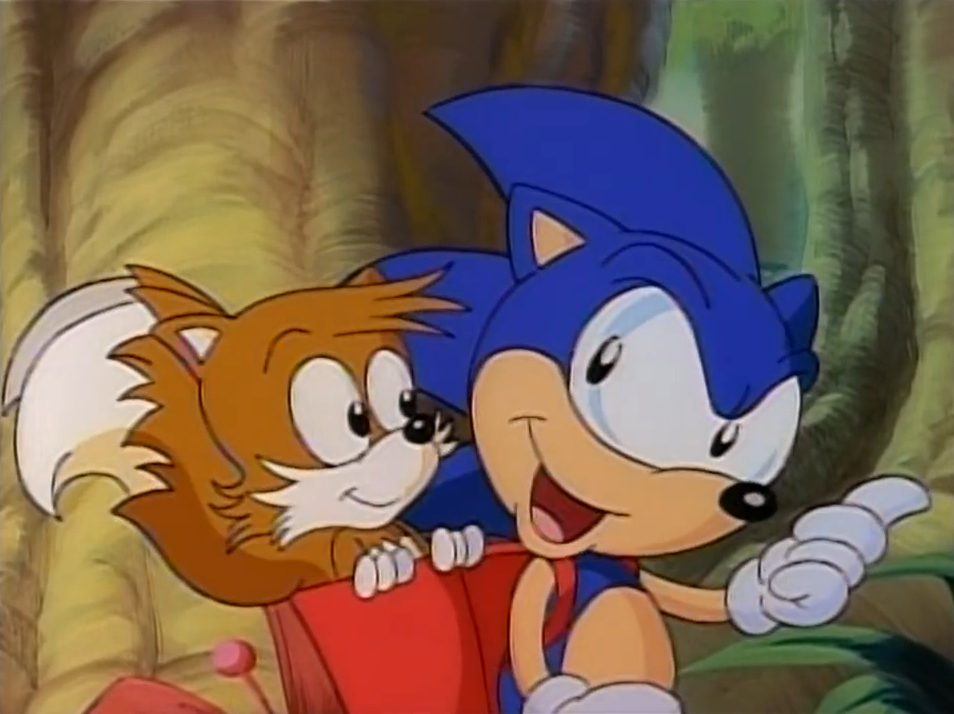 After they lose the swatbots that were chasing them, they find the cotter pins they were looking for and look at the robotized citizens. This part goes into more detail for Sonic’s Uncle Chuck and his pet dog Muttski. Both were unfortunately robotized.

After Sonic shows a picture of Uncle Chuck and Muttski to Tails, the roboticized dog just so happens to show up. Muttski proceeds to bite Sonic but is then disciplined by him. For some reason, this discipline brings the dog back to his senses but only for nearly a minute. Sonic tries to discipline him again but to no avail, so Sonic and Tails flees.

As they are escaping some swatbots, they stumble into an air vent that is right above Dr. Robotnik who is detailing his latest plan to his robotic minions. He has developed a new chemical which will kill all the trees in the forest. This would then expose the Freedom Fighter’s secret hideout. If Sonic were to stop the buzz bombers from distributing the chemicals, Robotnik will launch his hedgehog seeking missile.

After Tails sneezes (again), their cover is blown (again) and are caught by the swatbots. Sonic quickly escapes from the swatbot’s grasp and escapes with Tails in his backpack. He is then surrounded by swatbots. This is when we get to see our first look at the power rings power. Tails hands the ring over to Sonic which increases Sonic’s speed and he quickly dispatches the robots.

The hedgehog then warns the rest of the Freedom Fighters about Robotnik’s plan. The rebels prepare their catapults for the attack. The cotter 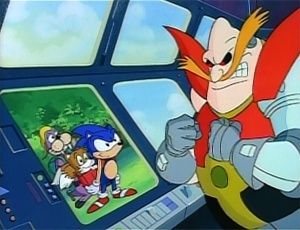 pins that Sonic grabbed did indeed fix the catapults but their range is very limited. Due to this, Sonic will grab the buzz bombers’ attention to get them into their range. One of the robots then launches the hedgehog seeking missile. The missile chases Sonic but the hedgehog then goes onto one of the buzz bomber making the missile destroy the bombers instead. Once the rest of the bombers chase the hedgehog, the catapults launch shoot water balloons at them causing the robots to malfunction (Robotnik seriously needs to make them waterproof). The robots retreat and the victory is won. Robotnik is then led to uncontrollable rage and beats Snively to a pulp.

And that is the end of the first episode of SatAM. So what did you think of this episode? Comment below on your thoughts on this episode.

At a Glance: SatAM Episode 1: Heads or Tails