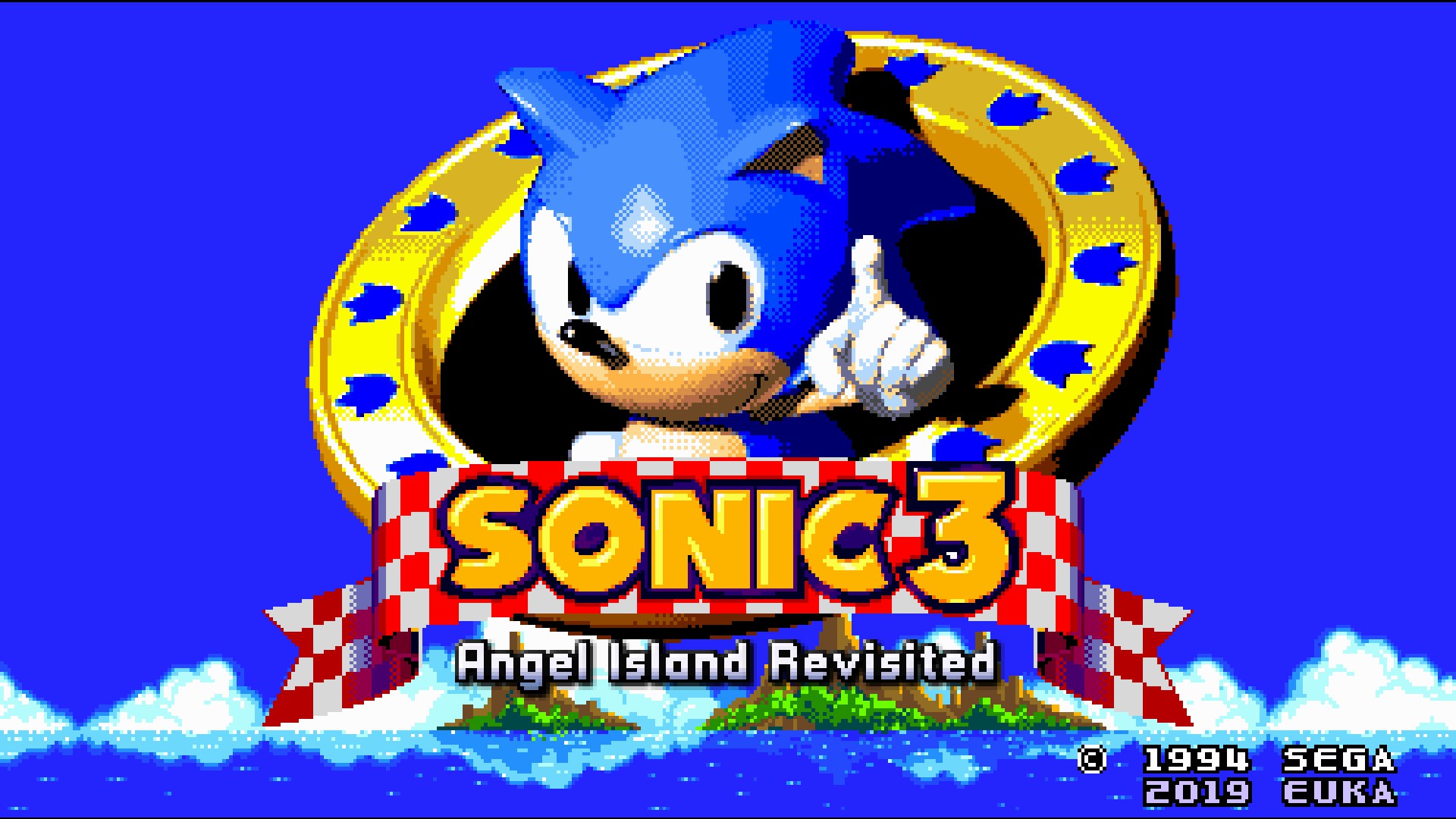 Sonic 3 is in a rather complicated situation. With more than a few of it's music tracks being surrounded in a sea of legal and licensing troubles, that seems to be the popular reason why Christian Whitehead and Simon Thomley were never allowed to remaster it as they did the other Classic Sonic titles. Among that, it may also be why Sonic & Knuckles on its own appears on far more compilations and Sega Genesis clone consoles than Sonic 3 has in many years. So, when the officials can't provide, the fans must step up to the plate.

Enter Sonic 3 Angel Island Revisted, or, Sonic 3 A.I.R for short. This is a project that's been making the rounds for a while now, and only recently saw a full release. Developed by Eukaryot, Sonic 3 A.I.R introduces a 16:9 aspect ratio, 60 fps, a Time Attack mode in which you can race against Ghost Replays, and other quality of life improvments that make an already great game even greater.

Perhaps the best additions, beyond the preformance updates and bug fixes, is the added Drop Dash from Sonic Mania, and the ability to play as Knuckles and Tails together. More welcomed additions include Super cancel and being able to cancel Tails' flight and in-game achievements. Completing these achievements is how you unlock the three secrets in the game, being the Drop Dash, Knuckles and Tails, and another that I myself have yet to unlock.

Sonic 3 A.I.R sets out to improve Sonic 3, and, in just about every regard, it succeeds. But those of you who follow the Sonic modding community may remember Sonic 3 Complete, another modification that sets out to improve Sonic 3 and adds more customization options than possibly any Sonic game or mod to come before it. How does A.I.R compare? Well, one important thing to note is that A.I.R also hasn't had a final release yet, as Eukaryot is constantly taking feedback and suggestions on Twitter and will be implementing them in future updates. Sonic 3 Complete was finished years ago and likely won't see any updates again.

It may, perhaps be too early to say, since I've only done an all Super Emeralds run with Sonic and Tails, and have only started my Knuckles playthrough, but I would venture so far as to call this the definitive way to play Sonic 3, and the closest we'll come to a TaxStealth remaster. Sonic 3 Complete, as it stands, offers a bit more, but what A.I.R does offer sets it over the top. Perhaps one day Sega will work out whatever trouble they're having and we can have the best of both worlds. That's the dream, isn't it?