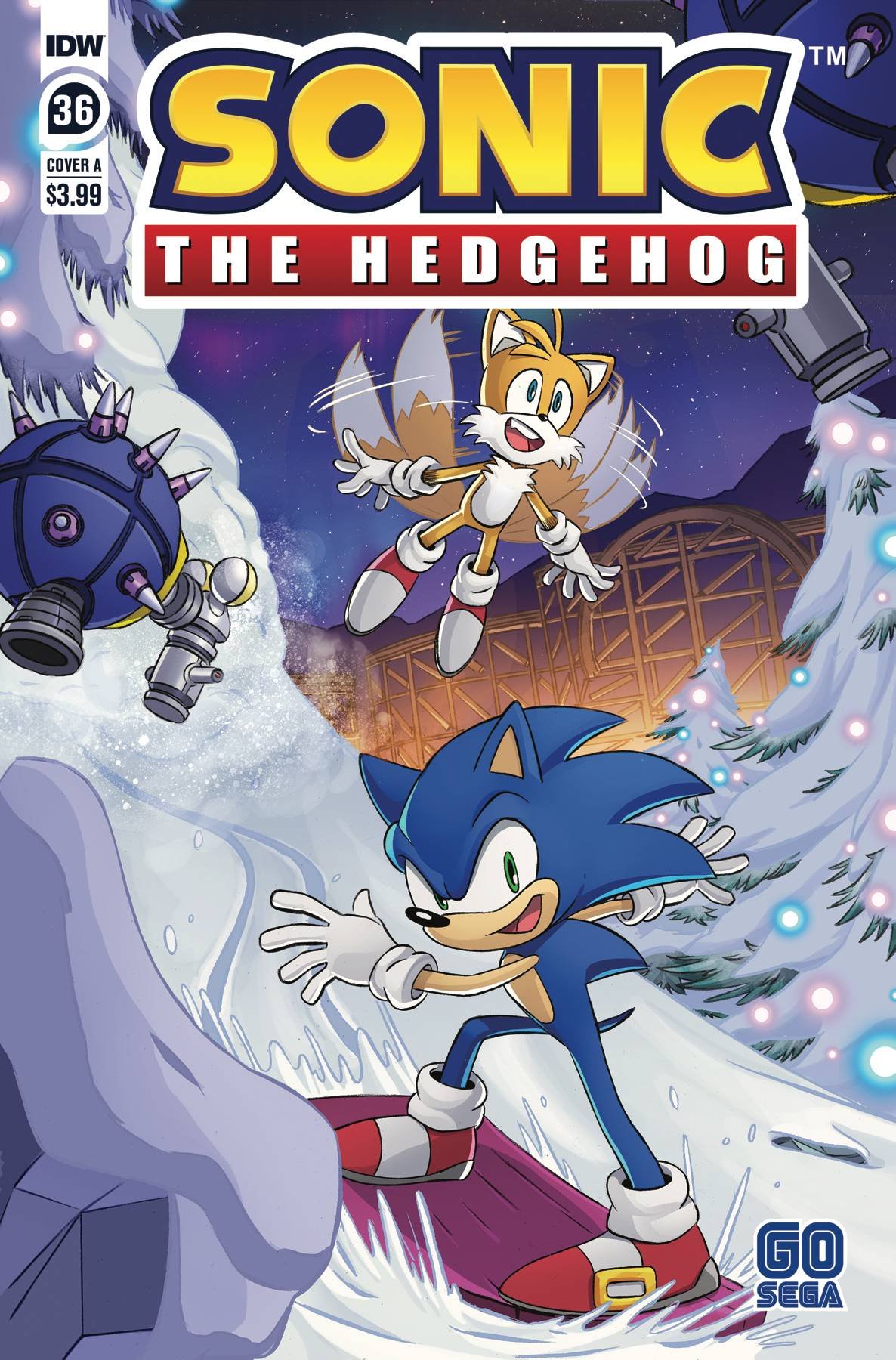 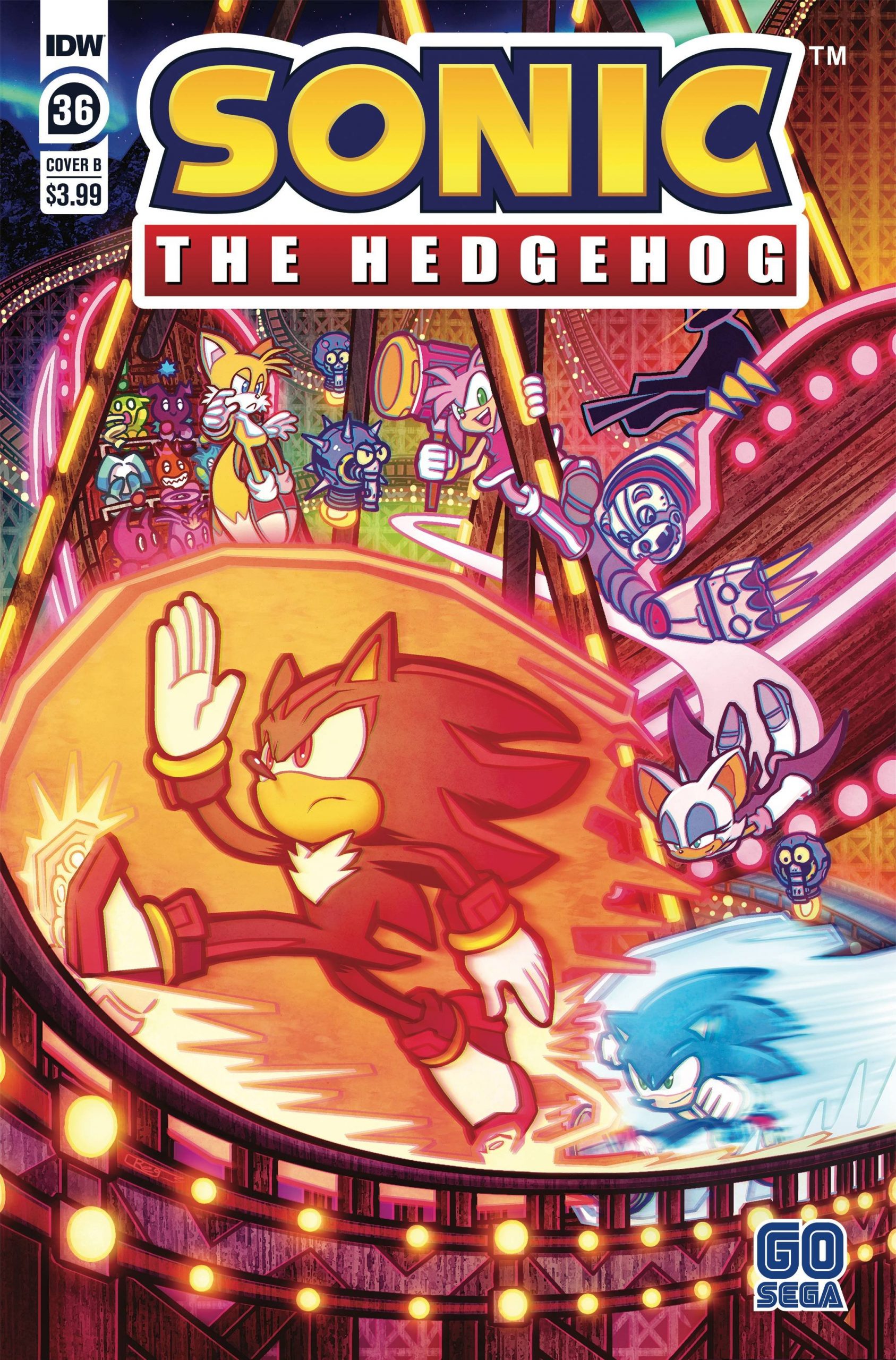 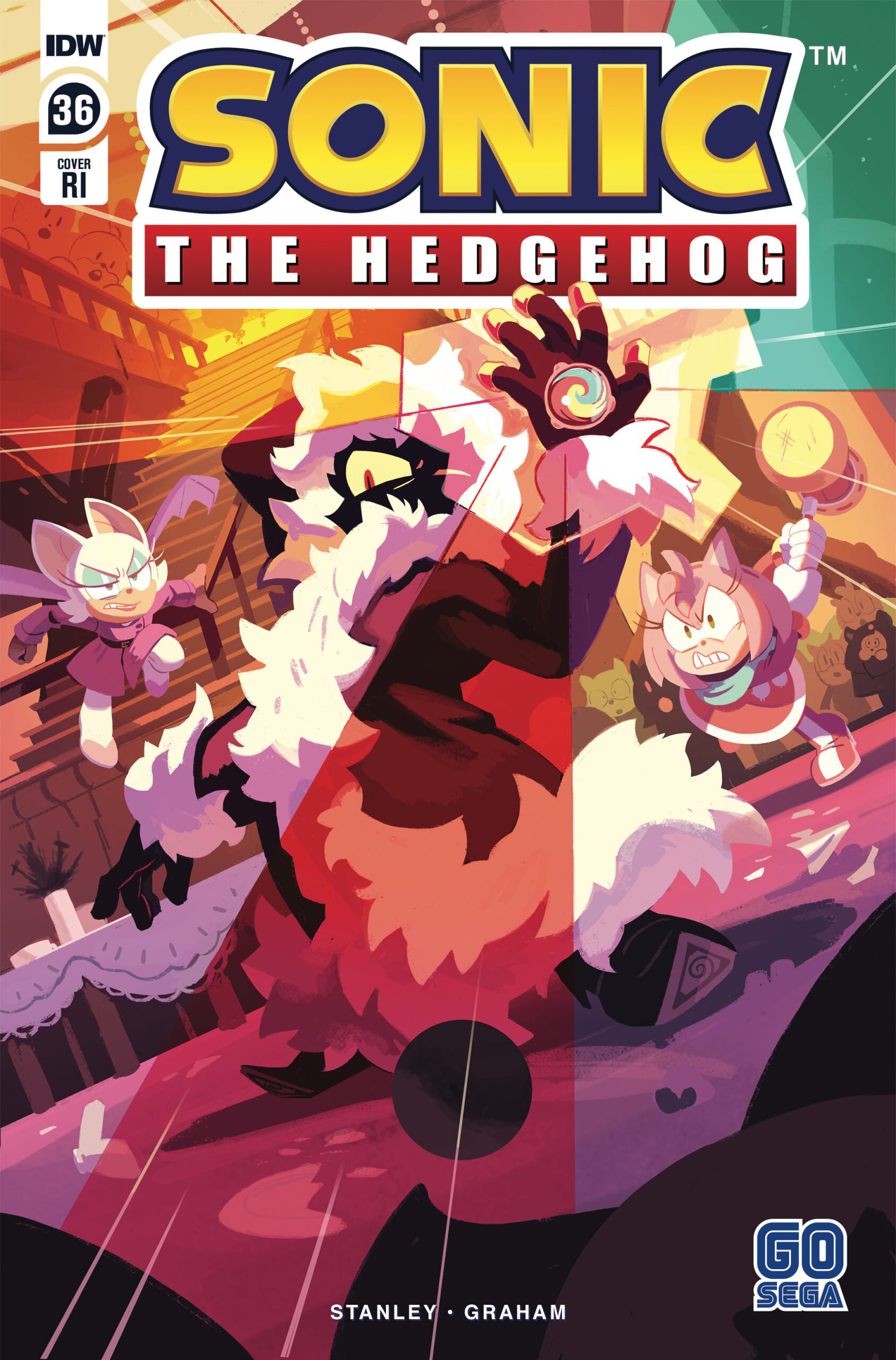 Sonic angrily berates Dr. Starline for causing an avalanche just for a distraction. The doctor noted that though it seemed cliche, he could not resist. To him, the heroes choosing between the masses and the ones they held dear was a classic. Shadow impatiently does not wish to waste any more time. Before Shadow takes off, Sonic requests that he help him catch up to the avalanche and stop it since they were the only ones fast enough to do it. Shadow declines his offer, much to Sonic's annoyance. Tails instead tells Sonic to save the chateau as they will be fine. Sonic takes Tails up on this and runs to the avalanche. Shadow ignores the tied up Tails and Rouge to head directly to Starline. The doctor boasts that he will beat him again like before, with the hedgehog stating that he did not beat him but only seal his fate.

Rouge impatiently cuts herself loose and tells Tails to start doing the same. She then calls out to Omega to execute her codeword: "Get what's mine!" Omega springs up beside Starline and begins to emit an alarming noise to catch the doctor off guard. This causes Starline to fall off of the rollercoaster. Shadow expresses anger at this and watches as Starline flies away using his Tricore's powers. Rouge tells Shadow that though she also wanted to fight Starline, there was work to be done. Shadow tells her not to tell him what to do, but the bat replies that she was not; in the end, it was his choice and the one he would have to live with. Shadow looks on as Rouge carries Omega and calls on Tails to go.

Meanwhile, Amy continues fighting a Snowy and asks how Gemerl is doing. As he continues fighting several Badniks, the robot states that he is holding position. Cream notices the pressure put on Gemerl and asks for him to retreat. Gemerl refuses, stating that he will protect Cream no matter the cost. She then turns to Belle and asks how much longer it would be until the Chao are released, with the marionette replying that she would need a minute or two more. Cream talks to the Chao, asking them to keep her friends safe from the Badniks. After the Chao exchange looks with each other, Clutch's Chao shakes hands with Cheese in determination to help out. Gemerl is knocked over by Moto Bug; this distracts a worried Amy, allowing the Snowy to hit her. Belle finally removes the lock on the cage, allowing the Chao to fly out and attack the Badniks. As they do this, Cream runs to the side Gemerl who claims that he must protect Cream.

The young rabbit tells him that he did not have to be perfect because she would be there to help, and they will both do their best to protect each other. Hearing this, Gemerl thanks Cream. Amy wishes to take a breather from fighting the Snowy, only for several Chao to step in and hold the Badnik back. Gemerl flies in and holds down one of the Snowy's arms, allowing Amy to jump into the air and smash its processing core in its head with her hammer. With the threat neutralized, Amy says that she had not done that much cardio in a while, due to her being stuck behind a desk. Cream congratulates all the Chao for their work. Suddenly, Rouge and Tails burst through the roof to tell everyone to evacuate; Tails adds that they should bring along the E-100 Series parts.

Sonic arrives at the site of the avalanche, unsure of what to do. Shadow soon arrives, mocking him for his "hand-wringing." The black hedgehog adds that him helping Sonic was to be considered a debt paid for what had happened in Sunset City. Sonic accepts and tells Shadow to follow his lead. The hedgehogs knock down several trees with their Spin Attacks, which all fall into the path of the avalanche. The avalanche crashes into the trees, seemingly stopped, but it instead breaks the trees and rushes right past. Sonic and Shadow chase after it. Back at the chateau, Tails warns an Omochao of an incoming avalanche and how the guests had to evacuate to safety. The robot does not believe the fox as the chateau has an official warning system in place in the event of an emergency. Amy intervenes and demands the Omochao to get the guests to the exit before she makes new exits with her hammer. The nervous Omochao then makes the announcement to the guests of the chateau to evacuate to the exits and congregate in their designated safe zones as there was a warning of impending danger to the chateau. Rouge tells Omega to give them a little encouragement, prompting the robot to increase his volume and shout for the guests to leave before they face certain destruction. Before the group can leave themselves, they are met by Starline.

The doctor states that he just needs Tails and if they hand him over to him, they can go. Amy refuses and engages in battle with Starline alongside Rouge. While this occurs, Tails tells Belle that Starline is an "Eggman wannabe" but would be no match for Amy. As the girls kept up the pressure on Starline, he uses his Tricore's speed mode to run away from them and directly at Tails. He tries to leave with the fox, only for Tails to pull Belle's tail to trigger her quick kick on the doctor. This injures Starline, and as he tends to himself, he sees the avalanche through the window. As the others flee, Starline is too slow to react and is caught in the avalanche. Later, as disgruntled guests voice their concerns, Rouge is unable to spot Sonic or Shadow. Amy tells her that she was doing it wrong, as if she was to look for a hedgehog, she had to go to the ground. Saying this, Amy puts her head on the ground to listen for the hedgehogs. A rumble is heard and soon enough, Sonic and Shadow emerge from the snow. They reunite with the others, learning that the guests were able to make it out in time (making Shadow realize that they wasted their time). Sonic sees that Belle stuck around, much to his surprise. Tails and Cream praise her for her final hit on Starline, as well as her heroic deed of freeing all of Clutch's imprisoned Chao. Impressed, Sonic commends Belle on her work and apologizes for his rough behavior from before. Tails adds that he could use Belle's help back at his workshop, which the robot is excited for.

Back at the workshop, while Cream spends time with the free Chao, Tails and Belle put the finishing touches on Omega's repaired body. Tails suggests for the robot to take a "test-drive" by sparring with a repaired Gemerl. Omega accepts this suggestion, but says that he cannot guarantee Gemerl's welfare after completing the test. Gemerl replies that while he is designed as a learning robot, he is also capable of teaching Omega a lesson. Vanilla arrives to the workshop to pick up Cream and asks how the trip was. Cream tells her that it was amazing, revealing all that had happened across the few days. Vanilla smirks at Amy and Rouge, saying that it sounded very exciting. Amy states that it was exciting but safe, and states that it was Rouge's plan. However, Amy soon realizes that Rouge had left, causing her to scream out her name. Outside, with Clutch's former Dark Chao, Sonic tells Shadow that although things did not go right, it was not was really mattered; he says that he is glad that he came to help. While tossing an apple to the Dark Chao, Shadow tells Sonic not to overthink it. Inside the workshop, Belle says how it was nice to help out in fixing things and solving problems, stating that she missed it. Tails turns to her and says that there was something he could not figure out; the whole time, Belle has been reading Omega's blueprints like they were nothing. The whole reason he and Sonic went to the base was to find a cipher so that he could decode the files. The only person in the world who is supposed to be able to read the files is Dr. Eggman, or something he created like Orbot. Tails adds that he is not mad, but wishes that she was honest with him. Belle once again states that Eggman did not create her. When Tails asks who did, Belle does not answer.

At Starline's base, the doctor is revealed to have survived and escaped. He says that it was a disaster and wishes that the others would just go along with his plan for once. However, the event was not all for naught as Starline managed to grab a piece of Tails' fur, even though the complete specimen would have been more ideal for him. Looking at the fur in a stored test tube, Starline says that it will do nicely.